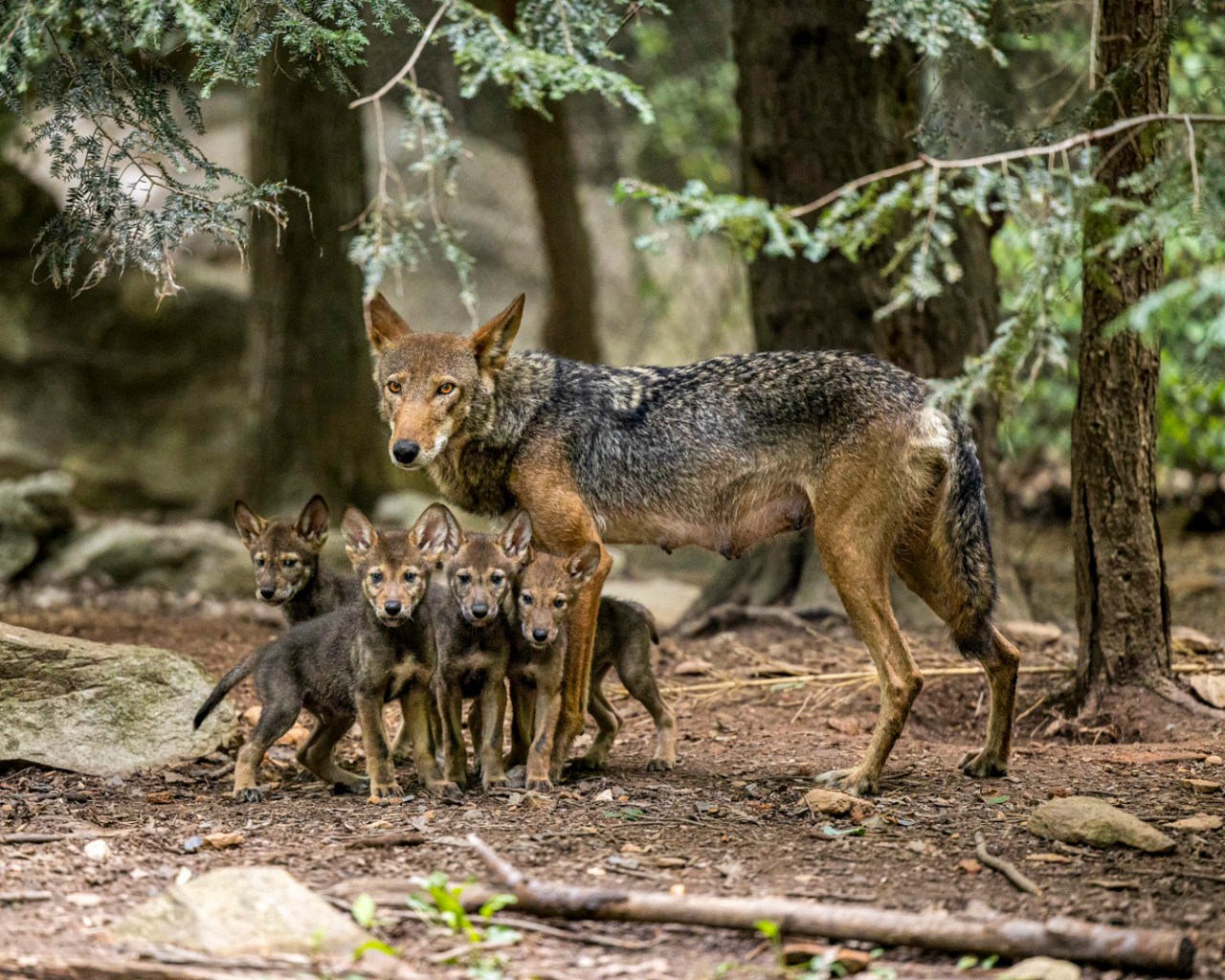 The North Carolina Zoo asked the public to help name the puppies from a list compiled by the zoo’s red wolf keepers.

The names were inspired by rivers in the southeastern United States, where red wolves roamed.

The zoo counted more than 6,500 responses and these six names came out on top: Eno, Harper, Pearl, Warrior, Fisher and Catawba.

This is the first litter to be born in public wolf habitat in 20 years. Most litters are born in the breeding area, away from the public, but this time guests got to see the puppies up close.

Flint and Sassy are the proud parents of six little puppies; four girls and two boys.

This is one of three litters, totaling 12 puppies, born from April 28 to April 30. The names of the other six puppies will also be announced soon.

This brings the number of red wolves currently in the zoo’s breeding program to 35, making it the second largest pack in the United States after the Point Defiance Zoo and Aquarium in Tacoma, Washington.

Red wolves are considered the most endangered canines in the world. There are only about 15-20 red wolves left in the wild, and they are all found in eastern North Carolina.