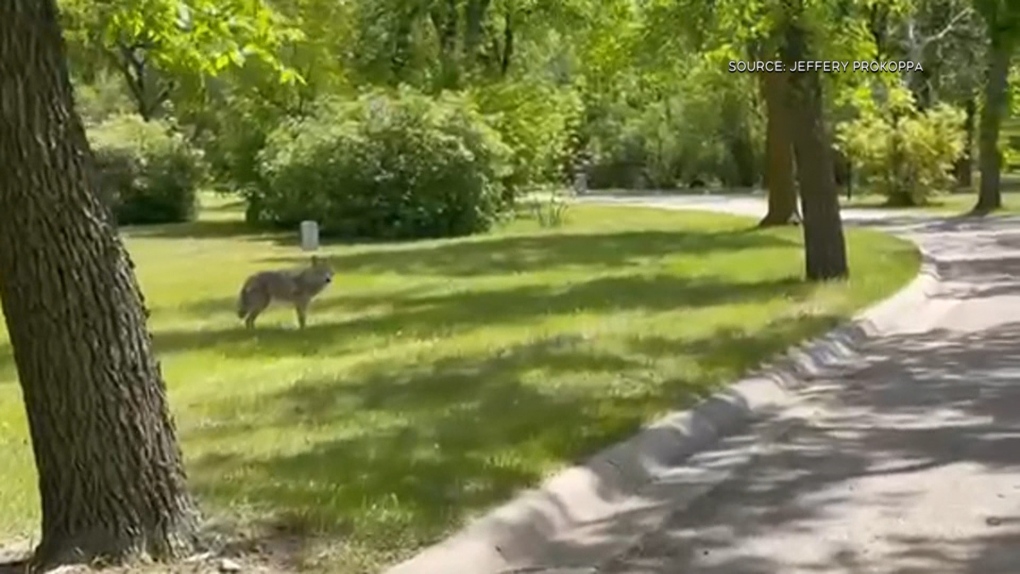 A Winnipeg man shares his close encounter with a coyote on Thursday while walking his dog.

Jeff Prokoppa said he was walking his eight-month-old Basset Hound with his partner in Brookside Cemetery when they spotted a coyote nearby.

“It almost looked like he was stalking us. He never took his eyes off our dog,” Prokoppa said.

He said he had walked this area for most of his life and this was his first time encountering a coyote.

“I was very scared because I heard other stories of dogs being attacked and abducted… so I just wanted to get out of there and not get in his way.”

Prokoppa said he felt like the coyote was following him around for about 10 to 15 minutes, while trying to get close enough to his dog.

“We turned a corner and there was actually a maintenance man with a riding mower cutting the grass. I was able to point him out and he actually got between us and the coyote and he us gave a chance to get back to the car with the dog.”

A spokesperson for the province said there are about 70 reports a year of interactions between people and coyotes in Winnipeg, adding that the majority of reports are just sightings and not conflicts.

“All reported conflicts in the city involve the presence of a pet and there are typically two to three reports of coyote attacks on pets each year,” the spokesperson said.

They added that coyotes are generally shy animals and try to avoid encounters with people, but if a food source is present, they can become aggressive.

“The province recommends that people secure attractants and do not feed coyotes and other wildlife. Small pets can be considered potential prey by coyotes; pets should not be left outdoors unattended and should be kept on a leash for walks to reduce risks to their safety.

If people encounter a coyote, the province advises them to stay calm; pick up small children and pets and restrain large pets. They add that you shouldn’t run, but back away slowly without turning your back on the coyote and make yourself tall, make loud noises and retaliate if attacked.

Prokoppa said he plans to walk his dog on major roads for a little while now to reduce his chances of encountering a coyote.