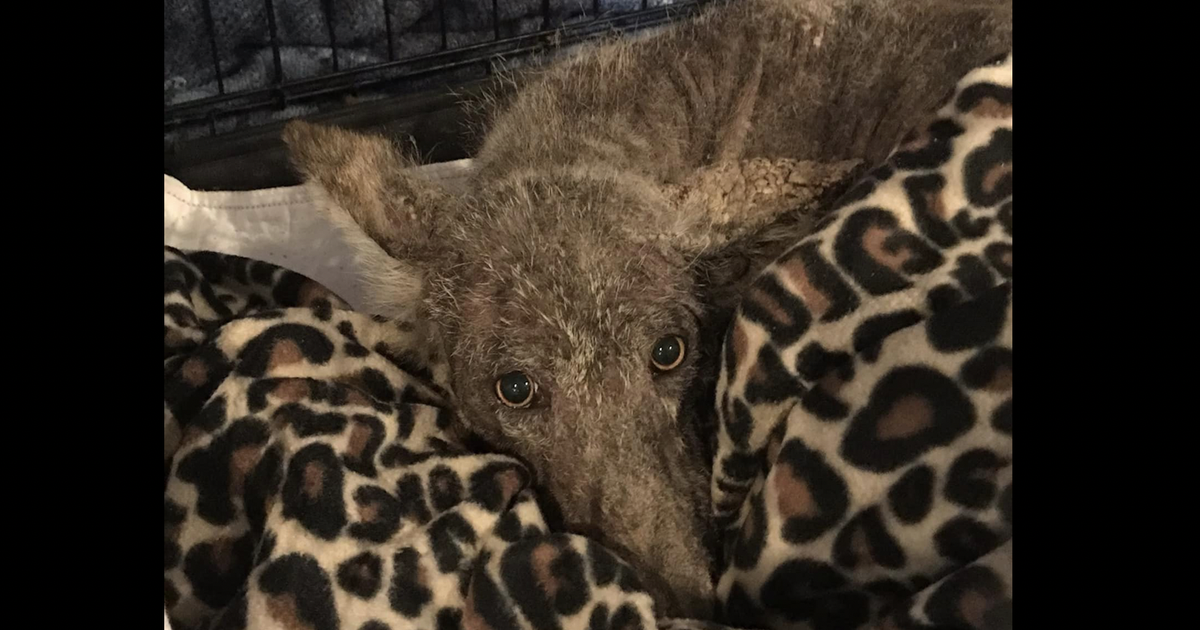 Most of us are probably convinced that we can spot any old dog and simplify what it is by calling it a “dog.” It’s not hard to identify many of the breeds we recognize and keep as house pets – and if we can’t figure it out, “mutt” seems to work just fine.

For animal rescuers, these distinctions are not always so clear cut. They can make a big difference in how an animal is treated depending on whether it is a lost animal or a wild animal in need of veterinary care. Sometimes it’s a bit mysterious.

Earlier this week in western Pennsylvania, a woman came across a cold, shivering animal whose tracks she had spotted outside her home. At first she thought it must be her neighbour’s dog, but further investigation led her to wonder what kind of dog she had encountered.

**UPDATE** Our story will air tonight on WPXI at 5:45 PM tonight! You’ll hear our stories and updates as well as…

“I wasn’t entirely sure, but his behavior, he was scared and he was cold and all I could think of was that this animal needed help,” said Christina Eyth, the woman who rescued the animal in Fairfield, Westmoreland County and spoke with WPXI-TV in Pittsburgh.

For help, Eyth contacted Tj’s Rescue Hideaway, a small nonprofit for dogs and cats that focuses on training and rehabilitating strays. In the meantime, she managed to make the animal comfortable in her home.

The rescue organization has been unable to superficially determine whether the animal is a dog or a coyote. Both species are canids, but the lines can be blurred between dogs (Canis familiaris), coyotes (Canis latrans), and wolves (Canis lupus) since all are capable of interbreeding.

The state of mange and undernourishment in which this animal was found made the use of behavioral cues somewhat less reliable than it normally should be in making a distinction.

To play it safe, Tj’s Rescue Hideaway turned the animal over to Wildlife Works, Inc., another nonprofit that focuses specifically on rehabilitating and releasing wildlife in distress. They take in injured, sick, and orphaned animals of all kinds, including those that have been impacted by human intervention, environmental contamination, or habitat destruction.

“They transported it here and got here and honestly, I can’t say for sure what it is,” said Morgan Barron, a certified wildlife rehabilitator with Wildlife Works. “He might be a coyote. We can keep him here, do some genetic testing and go from there. Behaviour-wise, he’s very shy, very scared and not aggressive at all, which makes me lean to the dog.”

Wildlife Works said it was now treating the animal and had already collected and sent samples to determine exactly what it was. Updates on his condition will continue on the Wildlife Works – Mount Pleasant Facebook page. The expected lead time is two to four weeks.

UPDATE: We have started processing and collected/sent a sample to determine what exactly it is. It takes anywhere…

Pennsylvania has a growing population of wild coywolves, a mix of species that has occasionally been spotted in Philadelphia and surrounding suburbs with greater frequency in recent years. Another variant of this is the coydog, which is one of the mixed breed dogs that research teams study for ecological information that helps inform wildlife management.

The animal rescued in western Pennsylvania doesn’t bear a particularly obvious resemblance to a coywolf, but it’s better to wait for genetic test results than speculate at this point.

The poor guy looks a bit like Wile E. Coyote after Roadrunner got the better of him multiple times. Luckily, he’s being taken care of by experts and should come out of this experience healthier and happier.