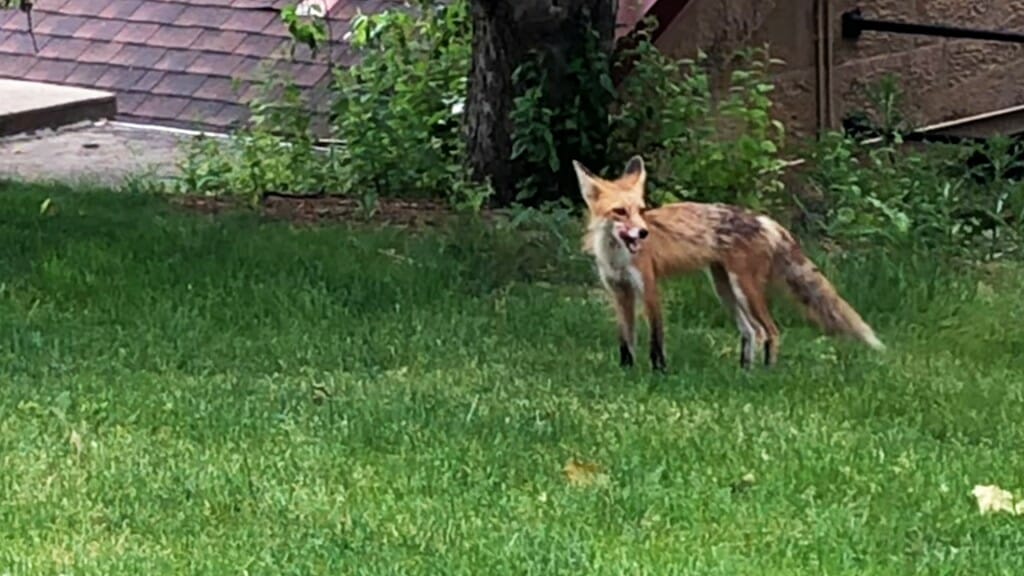 What we can learn when we stop and look around

A recent video of two foxes walking around Bascom Hill, apparently indifferent to human presence, filmed by Argyle Wade, Chief of Staff of the Vice-Chancellor for Student Affairs.

COVID-19 has forced us to change our behavior; our world has closed in a way that many of us never imagined. But what about animals?

How, if at all, has the pandemic changed the behavior of wildlife? Has animal behavior changed in response to alterations in human behavior and patterns?

When the pandemic started in March 2020, people started noticing a lot of wild animals that David Drake, director of the Urban Canid project, is studying. Urban Canid Project, founded in 2014, tracks foxes, coyotes and other canids in the Madison area. The project aims to educate the public about canines, as well as suggest ways to coexist between humans and wildlife.

Drake noted that there is currently a “meta-analysis” examining the possible correlation between animal models and a change in human behavior since the start of the pandemic, and whether animals have started to act differently due to a change. of human behavior.

“Data suggests there has been no change in patterns of wildlife [and] behavior, ”Drake explained.

He hypothesized that the reason some believe more animals are seen is simply because people have been able to observe them more.

Drake noted that a wildlife presence on the UW campus predates the pandemic, although people haven’t always seen them.

“We’ve had coyotes and foxes on campus for years… we’ve had deer, foxes or snowy owls in the winter,” he explained, “a lot of these species are adaptable and they are comfortable with people. ”

A recent video of two foxes strolling around Bascom Hill, seemingly indifferent to human presence, was shot by Argyle Wade, Chief of Staff of the Vice-Chancellor for Student Affairs.

The Urban Canid project hopes to soon revive its tradition of inviting the public to join when they trap animals to tag them and radio collars study them, Drake said. This practice was abandoned during the pandemic.

“We just take [the public] with us on our trap checks and we explain to them how we trap, why we trap, what we do with the data, [and] the purpose of the project, ”said Drake.

Members of the public are encouraged to be as involved as they like in the trapping process and to take pictures with and touch the animals.

Students weigh a trapped coyote as part of the Urban Canid project in 2019. Photo: Jeff Miller

“It’s an opportunity for people to personalize themselves with this animal and not to look at it so much like a bad guy, but to see this animal as this really cool species of wild animals,” Drake said, “they have a totally different perspective on these animals. ”

Last winter was the worst trapping season the project has seen since it began in 2014, Drake said, possibly due to the increased human presence outside.

“I think we had such bad results because there were a lot of people walking [outside]”Drake said,” So there were a lot more people in the areas… and I think that upset the movement patterns of the animals due to human presence and activity. ”

UW graduate student Morgan Farmer is working closely with Drake on this project. He noted that this research will allow researchers to better understand how animals like foxes and coyotes coexist peacefully, and the link with abundance and access to food for the animals.

“Animals don’t have to compete for limited amounts of food,” said Drake, “we think this will help us understand what drives this coexistence.”

While the Urban Canid project waits to return, Drake has said one thing he’s truly grateful for since the start of the project: the amount of support the project has received from both UW-Madison and the region over off Madison.

“[UW-Madison] has been incredibly supportive, ”said Drake,“ the general public… everyone is extremely supportive of our project. ”