The Baker Institute for Animal Health, part of Cornell University College of Veterinary Medicine in Ithaca, New York, has a long history of working to prevent and treat canine parvovirus infection.

The death of about 30 dogs in northern Michigan this summer, once a mystery, is no longer: the culprit, canine parvovirus, has been confirmed, after weeks of concern over a series of false negative results of rapid diagnostic tests.

Now, reports of equally virulent outbreaks are surfacing in Washington state and Colorado, prompting some veterinarians to wonder if a new strain of the ubiquitous pathogen might be circulating.

It’s unlikely but still a possibility, says Colin Parrish, a renowned virologist who heads a lab that studies the emergence and evolution of viruses at Cornell University’s Baker Institute for Animal Health.

Parrish has studied canine parvovirus for 40 years. The life-threatening disease affects the gastrointestinal tract of dogs, causing persistent vomiting and diarrhea that can quickly lead to dehydration and damage to the intestines and immune system. The pathogen is spread through dog-to-dog contact and through contact with feces or contaminated environments.

Reports of canine parvovirus cases that escaped rapid diagnostic testing began circulating in Michigan in late July. Initially, some feared that a new disease had surfaced. It wasn’t until August 24 that the cases were confirmed to be parvo.

Why the cases appeared different from the “normal” parvo cases remains to be determined. “These could be really different parvo outbreaks, but we won’t know until we look,” Parrish said in an interview with the VIN News Service. “Every six months or so we get reports of an unusual spike in cases. Most of the time we never find out what the underlying problem is, if the outbreak is something else or a new variant.

“I’m not trying to trivialize this,” he added, “but many things can cause diarrhea.”

Parrish — who discovered a mutated version of the virus, CPV-2, when he was a graduate student at Cornell in the early 1980s — is interested in trying to resolve questions around outbreaks. Colleagues who have encountered unusual cases can send samples to his lab at the Baker Institute. “A few microliters of a fecal or tissue sample is all we need to do whole genome sequencing,” he said.

Dr. Lindsey Dunn intends to respond to Parrish’s request. She sees the CPV regularly as an emergency practitioner in Evans, Colorado. When three extremely sick dogs from two households, one local and one from Utah, showed up during the same week in late August, she surmised that a nasty virus outbreak might be circulating.

Initially, his suspicions were allayed. The three patients – a 5-year-old female miniature schnauzer and two female Irish setters who are roommates, aged 4 and 6 – were fully vaccinated against CPV, which usually strikes puppies between 6 and 20 weeks old.

“They’ve all been properly vaccinated, and the owner of the Irish setters even checks the titers,” she said, referring to lab tests that measure the presence of antibodies in the blood, which may indicate a immunity. “We didn’t test the miniature schnauzer for CPV as she was the first case like these and she was fully vaccinated. So we thought it was just AHDS [acute hemorrhagic diarrhea syndrome] and had no reason to believe it was contagious.”

However, the medical interventions – the same indicated for AHDS as for CPV – did not work. “After 24 hours on intravenous fluids and all supportive care – gastrointestinal protectors, an antibiotic, anti-nausea medication — his PCV [packed cell volume, a measurement of red blood cells] rest as high as when it was first presented70%,” Dunn said.

Elevated PVC can result from severe dehydration, often due to continuous fluid loss from bouts of diarrhea or vomiting.

The schnauzer, Dunn said, did not respond to treatment and was euthanized. “She was just on the decline and kept having bloody diarrhea, inappetence, was really lethargic and boring. She became hypoglycemic and the owner just didn’t have the financial means to continue,” Dunn said.

In the case of the two Irish setters, the younger of the two arrived vomiting with bloody diarrhea, was anorexic and lethargic. His condition was clinically similar to that of the schnauzer​, Dunn said, but the setter was tested quickly for CPV, which came back negative. She received intravenous fluid care at rates “so high that we don’t usually go there, but she just had explosive diarrhea and we were just trying to match it”.

Despite the fluids, the dog’s hematocrit rose to 84%, Dunn said, and she showed signs of compromised cardiovascular stability: “Her heart rate was very high, her blood pressure was not very stable, her gums were sticky and had fast capillary. cooldown”, which is a metric used to determine the volume of blood in a patient’s circulatory system.

Dunn saw an intensive care specialist, who suspected an underlying infectiondue to the severity of its signs and its instability. When the dog’s housemate arrived 24 hours later in a similar condition, Dunn said, “We suspected the same illness.” However, she did not initially test the second setter for CPV as the first tested negative for the virus and both dogs had recently undergone titer blood tests.

On a whim, another vet at the practice performed a rapid CPV test on the older smuggler a few days later. It was positive. Surprised, Dunn ordered a more sensitive diagnostic test based on a method known as the polymerase chain reaction, or PCR, from Colorado State University Veterinary Diagnostic Laboratories, which confirmed canine parvovirus.

“What I’ve seen in Colorado is so strange that I fear we’re dealing with a new strain,” Dunn said. “I know Michigan dogs would have been under-vaccinated or un-vaccinated, so that’s a bit different.” 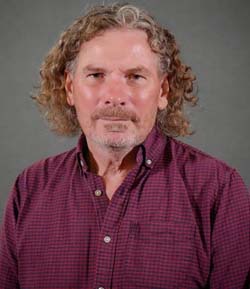 Colin Parrish, a virologist and professor at Cornell’s Baker Institute for Animal Health, has studied canine parvovirus since the early 1980s.

A PCR test was also used to identify the virus that has wreaked havoc on Michigan dogs, many of whom tested negative for the virus via rapid tests. On August 24, state authorities said the affected dogs were compromised, likely because they did not have a history of full vaccinations.

“We have a very effective vaccine available to help protect dogs against the virus,” State Veterinarian Dr. Nora Wineland said in a news release. “Dogs that are not fully vaccinated against this virus are most at risk.”

Since then, case news has died down.

“It always happens,” observed Dr. J. Scott Weese, zoonotic disease specialist at the Ontario Veterinary College at the University of Guelph. “Once they announced it was parvo, everyone stopped talking about it.”

Like Parrish, Weese said he would be surprised if the culprit turned out to be anything other than a common strain of the virus. “In the vast majority of these situations, it’s the same strains doing the usual things, maybe just a little differently,” Weese said.

“What happens with outbreaks like this is that they go away,” he continued. “We never really know why, but most of these situations go away. So ultimately, to start understanding what’s going on, we need to start doing genomics work. That’s the only thing that will help. “

Even when a new strain circulates, it might not lead to more disease, Weese said. “Who’s to say it makes dogs sicker than normal?” he thought. “It’s a little harder to say.”

Perhaps Parrish can provide some answers. Last week he was contacted by a practitioner from Bellingham, Washington, ask for help to investigate cases of afflicted sick dogs like those in Michigan and Colorado.

On Tuesday, veterinary authorities in British Columbia, Canada, reported that an outbreak of CPV had led to the deaths of a handful of puppies, who are most at risk of contracting the virus.

“We get a lot of calls because we’re the only ones doing regular searches,” he said. “People have always been worried, and when sick dogs test negative for the virus – well, let’s remember that every test has false positives and false negatives. No test is 100 per cent.”

Parrish said he had no reason to believe the virus escaped vaccines, which are widely considered effective. “If it’s a new virus, it’s something we can verify. If we get all the samples we need, we can look at the sequences and hopefully know the results in a week or so,” he said.

VIN News Service Commentaries are opinion pieces featuring ideas, personal experiences and/or views on current issues by members of the veterinary community. To submit a comment for review, email news@vin.com.