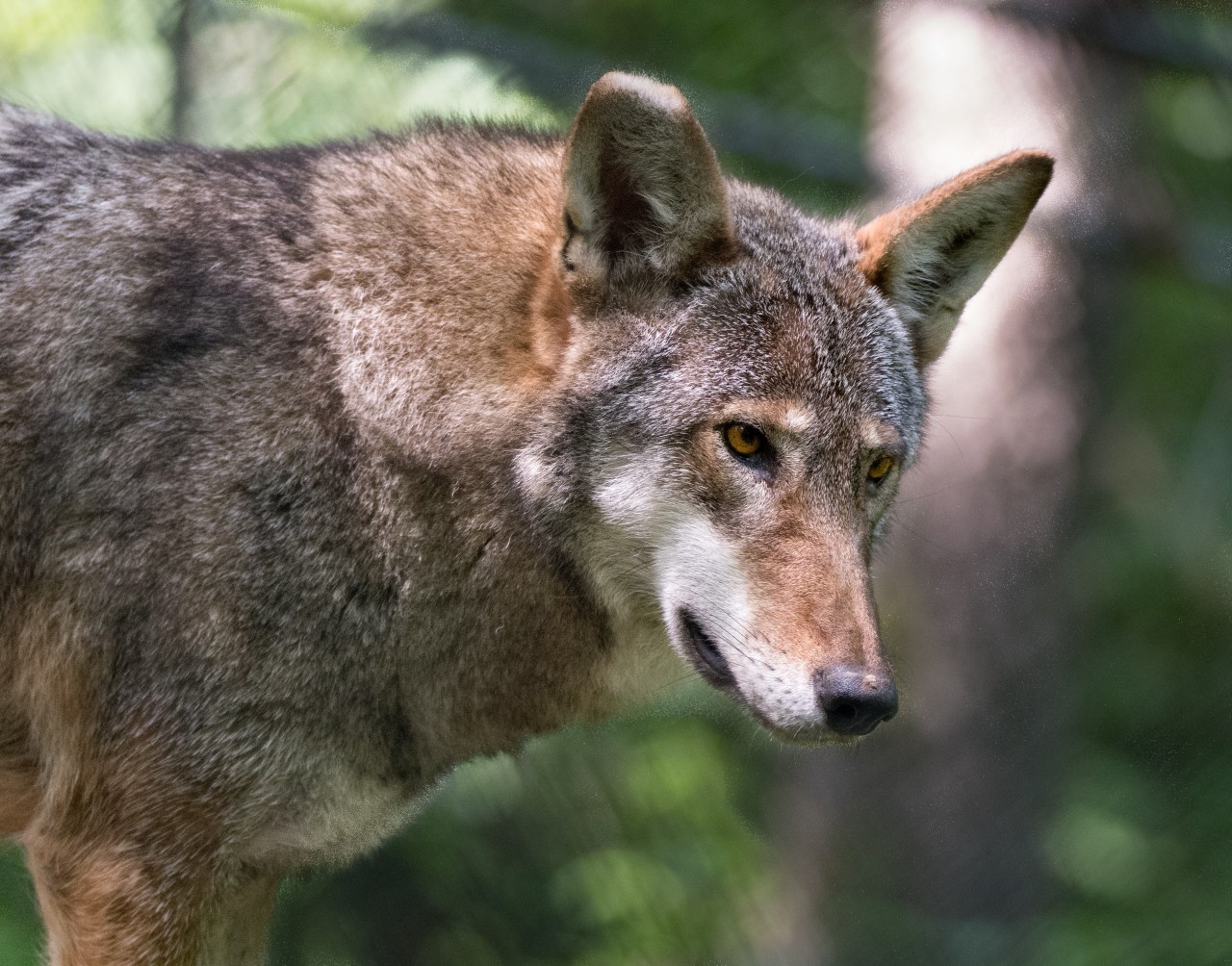 One of the last non-releasable animals to join the Virginia Living Museum’s educational mission, Katniss is part of a federal species survival plan.

Katniss arrived at the Museum this fall under the care of Dr. Kelsey Hayden, the Museum’s Chief Veterinarian. Officials say Katniss has an extremely curious demeanor and loves to roll around and eat fish, her favorite flavor and snack.

She was from the Wild Canid Survival & Rescue Center in Eureka, Missouri, and is known to have an unusual howl, consisting of an irregular treble. Katniss was paired with the Museum’s 11-year-old male red wolf. The pairing will provide the necessary companionship for pack animals now reunited in the natural habitat of the red wolf on the museum’s outdoor trail.

“Wolves are very social creatures that are able to form lifelong relationships and bonds with each other,” says Dr. Hayden. “It is the only large carnivore whose range is found only in the United States. We are delighted to be able to offer Katniss a home so that she can spend her golden years with us.

The Virginia Living Museum is participating in the Red Wolf Species Survival Plan (SSP) to reintroduce the American red wolf to the wild. During colonial times, Red Wolves were found throughout the Southeast. Today, they are the most endangered mammal in North America. The museum is the closest facility to Alligator River, the only place in the country where red wolves currently live in the wild.

It is believed that there are fewer than thirty (30) American Red Wolves left in northeastern North Carolina. After many years of successful captive breeding efforts, American Red Wolves were nearly self-sufficient in the wild about ten years ago with around 120 wolves. In zoos and facilities like the Virginia Living Museum, the number of American red wolves is significant and serves as an assurance to the population against extinction.