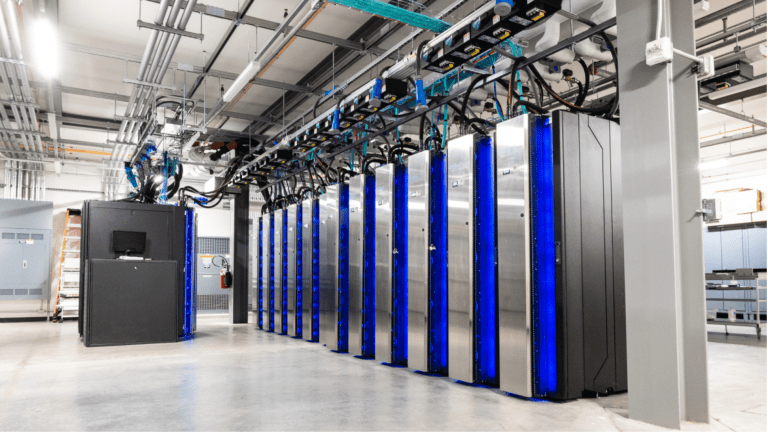 Today, NOAA inaugurated the nation’s newest weather and climate supercomputers with an operational runtime of the National Blend of Models. The new supercomputers, first announced in February 2020 with a contract award to General Dynamics Information Technology (GDIT), offer a significant upgrade in computing capacity, storage space and interconnection speed of the country’s weather and climate operational supercomputing system.

“Greater computing power will allow NOAA to provide the public with more detailed weather forecasts further in advance,” said NOAA Administrator Rick Spinrad, Ph.D. today is the culmination of years of hard work by incredible teams across NOAA – everyone should be proud of this achievement.”

“Today is a great day for NOAA and the state of weather forecasting,” said Ken Graham, director of NOAA’s National Weather Service. “Researchers are developing new ensemble-based forecasting models at record speed, and we now have the computing power to implement many of these substantial advances to improve weather and climate predictions.”

Improved computing and storage capacity will allow NOAA to deploy higher resolution models to better capture small-scale features such as severe thunderstorms, more realistic model physics to better capture cloud formation and precipitation, and a greater number of individual model simulations to better quantify model certainty. The end result is even better forecasts and warnings to support public safety and the national economy.

The new supercomputers will enable an upgrade to the U.S. Global Forecasting System (GFS) this fall and the launch of a new hurricane forecasting model called the Hurricane Analysis and Forecasting System (HAFS), which is expected to be operational. for the 2023 hurricane season pending testing. and evaluation.

In addition, the new supercomputers will allow NOAA’s Environmental Modeling Center – a division of the National Environmental Prediction Centers of the National Weather Service – to implement other new applications created by model developers across the United States. under the Unified Forecast System link over the next five years.

The twin Hewlett Packard Enterprise (HPE) Cray supercomputers, called Dogwood and Cactus, are named after the flora native to their geographic locations of Manassas, Virginia, and Phoenix, Arizona, respectively. They replace previous NOAA Cray and IBM supercomputers in Reston, Virginia, and Orlando, Florida. Computers serve as a primary and backup server for seamless transfer of operations from one system to another.

Each supercomputer operates at a speed of 12.1 petaflops, three times faster than NOAA’s old system. Coupled with NOAA’s research and development supercomputers in West Virginia, Tennessee, Mississippi and Colorado, which have a combined capacity of 18 petaflops, the supercomputing capability supporting NOAA’s new operational prediction and research is now of 42 petaflops.

According to GDI, Dogwood and Cactus are currently ranked the 49th and 50th fastest computers in the world by the TOP500.

Under the initial 8-year contract with an optional 2-year renewal, GIT designed and serves as the owner/operator of the computers with responsibility for maintaining them and providing all supplies and services, including maintenance. work, installations and IT components.

The first phase of the contract covers products and services for the first five years, after which NOAA will work with the contractor to plan the next phase of upgrades,” said David Michaud, director of the National Weather Central Processing Office. Service. “This new total managed service approach has given us the best system on the market that can be adjusted as our needs grow in the future.”