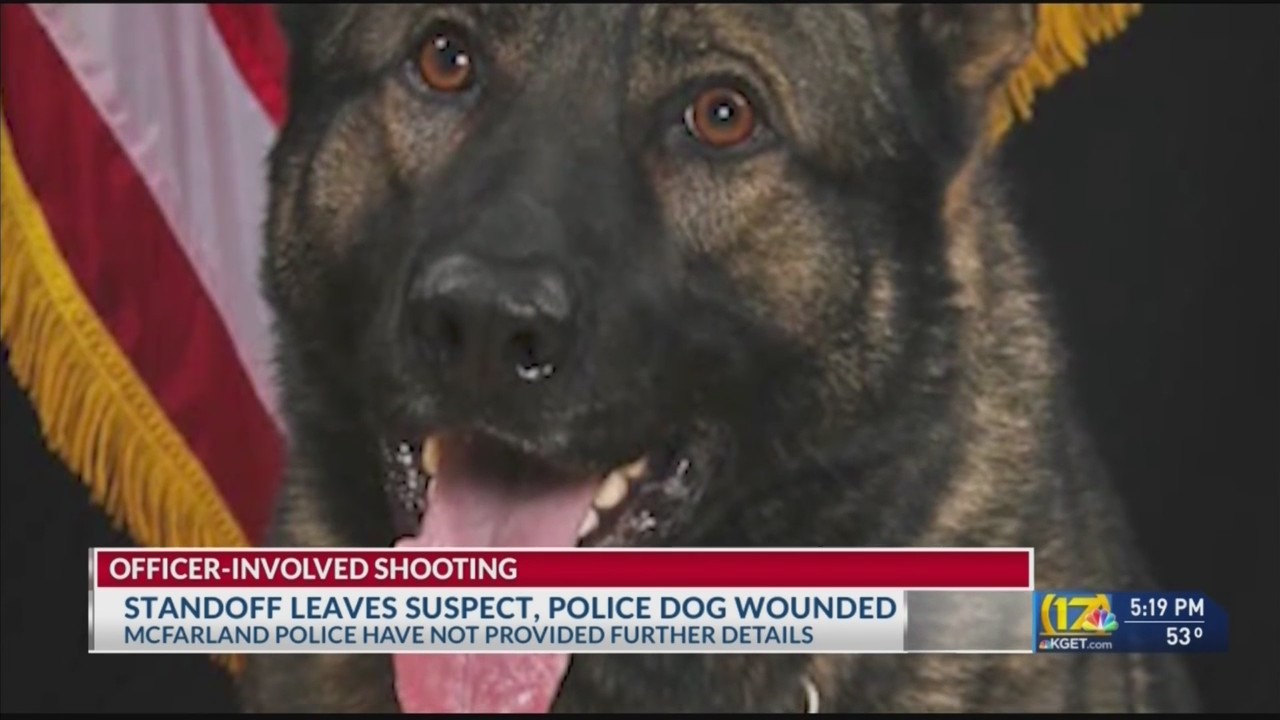 The police dog at the center of the shooting has been hit several times but will be fine. Police fired at least 30 shots at the suspect, and he too is expected to survive. This man, now revealed to have a huge criminal record.

Taken in photo. The standoff that injured a Delano police dog and a long list of questions about what happened gets answered. At the top of that list, the suspect, Eddie Figueroa, was the target of a barrage of police fire, at least 30 shots fired, survives and is now in jail.

New details from Delano Police Officer Julian Ortiz of canine officer Axel, who was injured in the shooting, are stable. Ortiz said Axel was shot several times in the chest but was stable and should recover.

The McFarland Police Department still continues to avoid making statements or answering questions. They did not respond after repeated phone calls.

Now here’s what we know happened that night.

It was a high risk car stop after a car chase, we know from a statement from the Delano Police Department. The McFarland Police Department made no statement and did not respond to repeated phone calls. But video from viewers and interviews with neighbors provide some insight into what happened.

We warn you the video is disturbing.

Residents say the McFarland Police Department stopped the car, but the driver refused to get out. It was then that McFarland PD called Delano PD around 8:30 p.m. and requested that the Delano K9 unit come to the scene.
Agent Ortiz told us that only Axel and his handler were sent by the Delano Police Department.

A crowd gathered as the clash continued. In the video, passers-by can be heard yelling at the suspect, to surrender, as his family watched.

Finally, the dog is released. Just as the dog reaches the car, you can hear a passerby yell, “He’s got a gun!”

Then you hear the barrage of gunfire. We know the suspect survived the deluge of gunfire and is now due in court on Tuesday.

In a second video, although the quality is poor, you can see the Delano police SUV driving Axel to the hospital. You can also see officers pull the suspect out of his car and pin him to the ground. You can see an officer pick up a gun from the street near where the suspect is, and you see the officer put the gun on the hood of a police cruiser.

We know the Kern County Sheriff’s Office was asked to help with the investigation, but they also did not return phone calls over the holiday weekend.