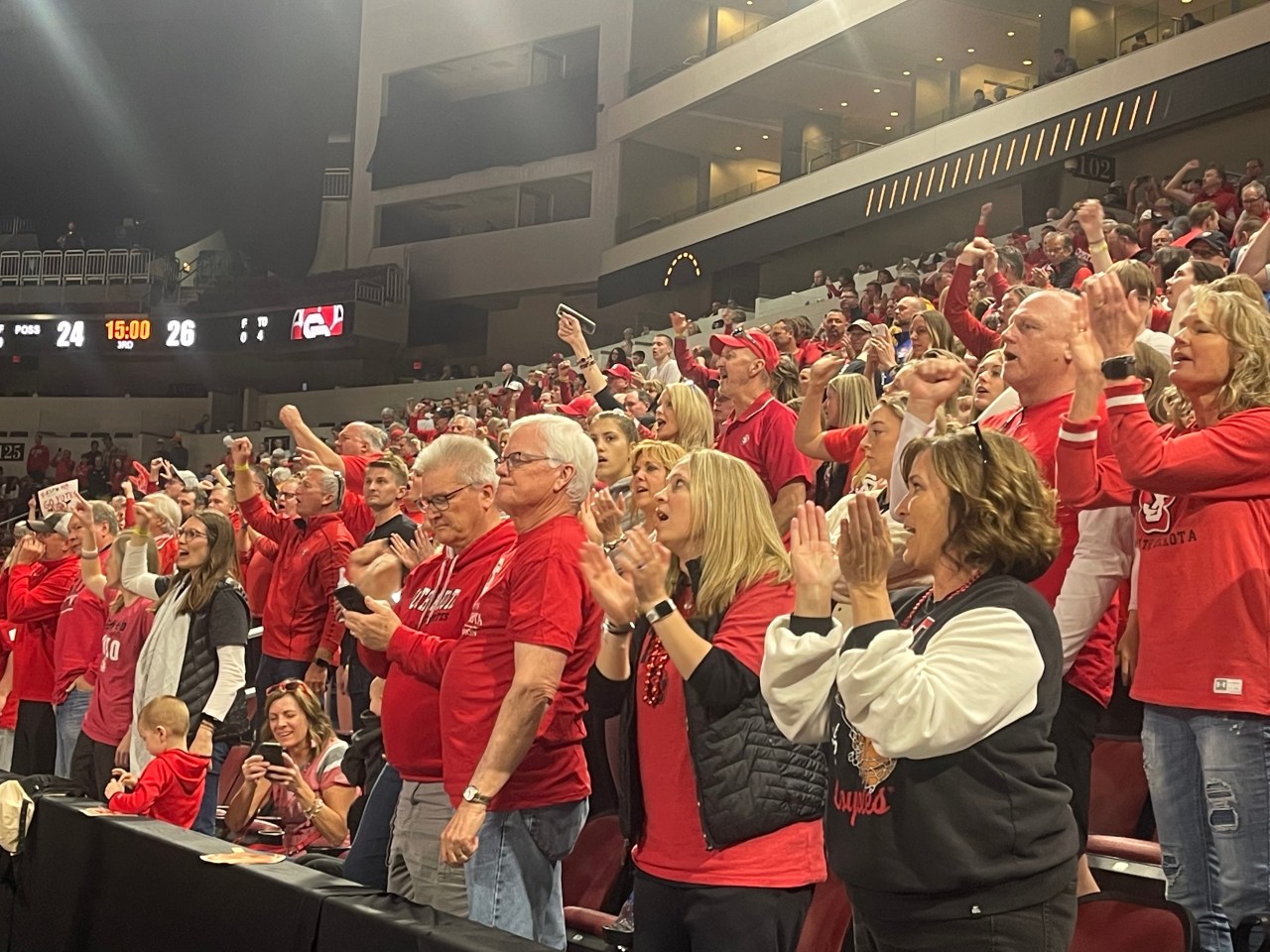 “To the Coyote Nation, a very special thank you”

SIOUX FALLS, SD (KELO) — USD’s women’s run in the NCAA Tournament was historic as the Coyotes reached their first-ever Sweet 16. Players and coaches weren’t the only ones making the trip to the south, as thousands of Coyote fans flocked to Wichita.

USD box offices sold nearly 2,000 tickets for the Coyotes’ Sweet 16 contest, but that may only have been half of the tickets sold to USD fans.

“Going there, I knew how many tickets we had sold out in advance, but there were probably twice as many who were actually there, who found other ways to get tickets through their box office, but once you walked into that Intrust Bank Arena, you saw the red and you saw how it was everywhere,” said USD sporting director David Herbster. “Once you see how loud it was, you realize if there were 8,500 people in the stands, I’d say half of them were Coyotes.”

8,540 fans attended USD’s first ever Sweet 16 game and the majority of them wore red. The fans created a lot of noise, which certainly helped the Coyotes.

“Our community really came together on this and really tried to push our young girls to do whatever they could to find a way,” said USD head coach Dawn Plitzuweit. “Certainly in that third quarter, when things weren’t going our way, I thought our fans gave us a huge boost at that time.”

“Crowds sometimes underestimate themselves on the impact they can have on a game. That noise, being as vocal as they are, really helps the momentum,” Herbster said. “It can definitely help interrupt momentum on the other side and to instill momentum on our side. Players, regardless, feed off that kind of energy. The fans there, what they did between chants, being loud and engaged in the game, created an incredible atmosphere.

USD fans weren’t the only ones cheering on the Yotes, as the university sought to recruit any fan for the game.

“There were a lot of people who maybe weren’t USD fans or veterans who were supporting the USD. During our time there, we made it a point to try to convert everyone everyone in Wichita or everyone going to the game to be a USD fan,” Herbster said.

“When we play a game at home, we usually fill the SCSC (Sanford Coyote Sports Center) at least half full and I think more than the value of the SCSC had to show up in that game,” said Hannah Sjerven, senior in shirt usd red. “We felt it from the second we stepped onto the pitch, until the second we left, they never let up.”

The Coyotes would suffer a narrow three-point loss to third-seeded Michigan. Despite the result, the team’s message to their fans was clear.

“To all of our fans, to Coyote Nation who came out, a very special thank you. It was an amazing crowd we had. We had incredible support,” Plitzuweit said. “Not only for our fans, I think we got quite a lot of local fans who also came out to cheer us on, but also for South Dakota State who really supported us. I think that was definitely a very special time for our young girls.

The Coyotes finished the season with a 29-6 record.