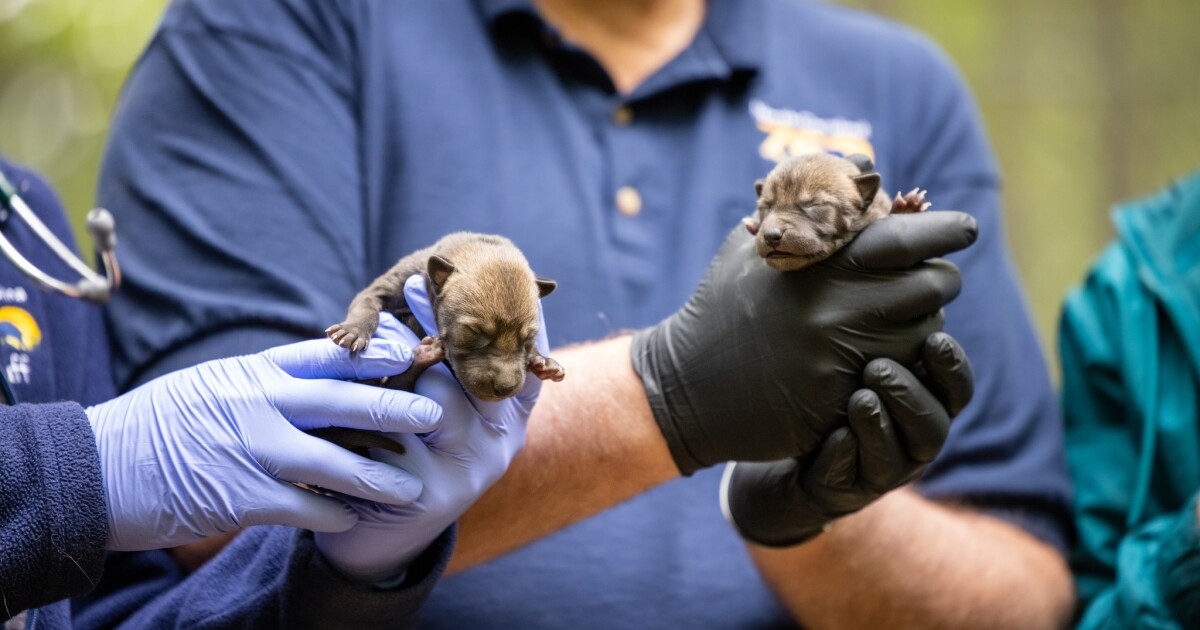 A trio of ginger cubs were born last month at the North Carolina Zoo in Asheboro.

The zoo announced the April 20 births of the three brothers Monday on Facebook. The puppies are the latest addition for mom, Ayita, and Denali, the dad. There are also two sisters, Alli and Roan, who were born at the zoo last year.

Red wolves often live in family groups with mother and father and several years of offspring, the zoo said.

The pups will remain behind the scenes as part of the zoo’s red wolf breeding program.

In April, a litter of wild red cubs was born in North Carolina for the first time since 2018.

The six pups, four females and two males, were born to a pair of wolves at the Alligator River National Wildlife Refuge in the east of the state, according to the Center for Biological Diversity.

In February, agency officials announced they were committing significant resources to reinvigorate the program.

Red wolves are native to North Carolina and once inhabited all of the southeastern United States. By the 1970s, red wolves were nearly extinct due to overhunting and habitat loss, and were officially listed as endangered.

Twenty thousand acres of prime habitat in five southeastern states have been identified as potential sites for the reintroduction of the species.