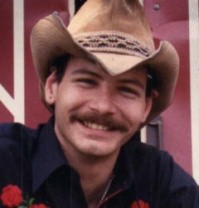 Thomas D. Knudde (Lost Coyote), 57, set off into the sunset with boots and a hat on Dec. 26, 2021 to be with his loving companion Barbara and loyal fur babies Max, Bear and Chance.

Tom was employed by the city of Providence for 23 years as an ASE certified mechanic, fixing city vehicles with hot glue, duct tape and sometimes tools. He also spent 15 years teaching these skills to his proteges at RI Trade Shop and later NE Tech Automotive.

Tom will always be remembered for his kind heart and smile, always ready to lend a hand, a tool, a beer or an ear to listen. He was well liked by all who met him and will be greatly missed.

Donations in his memory to your local animal shelter would be greatly appreciated to help those like his companions Max, Bear and Chance.

A celebration of his life will be scheduled at a later date.

Get noticed by The Rock