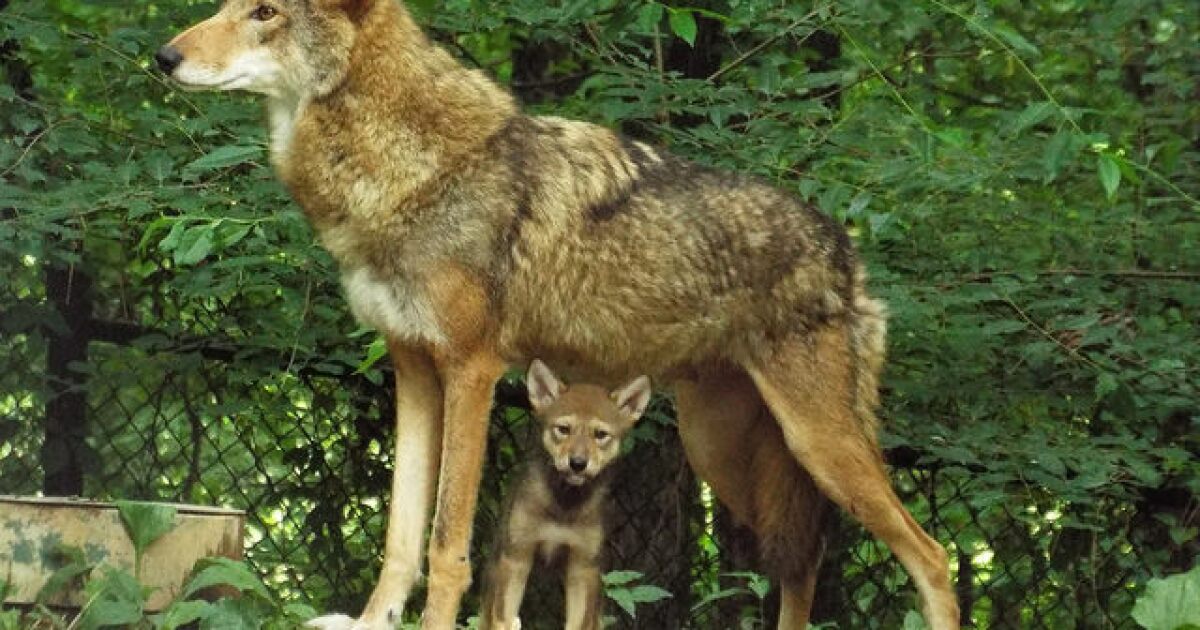 The Trump administration on Wednesday announced a proposal to reduce the habitat of the only endangered red wolves in the wild and give landowners more leeway to kill any animals that stray onto private property. .

Conservation groups are calling the proposal an extinction phrase that would doom the very last wild wolves.

An estimated 35 wild red wolves remain – all in eastern North Carolina – up from about 120 a decade ago. Another 200 are currently living in captive breeding programs.

The US Fish and Wildlife Service’s proposal would limit their territory to federal lands in two North Carolina counties and lift restrictions on killing wolves that stray from that area. It would take several months for the proposal to enter into force.

A recent government report revealed that the declining wild population was not sustainable and was already at risk of extinction in less than a decade. Once common in the southeast, the red wolf had been considered extinct in the wild since 1980. Releases of captive-bred wolves began in 1987.

Currently, landowners in the five counties that house the wolves require special permission to kill or trap the animals.

Under the new plan, there will be no such ban on killing wolves that roam outside the proposed habitat of about 200,000 acres, according to Miranda.

“They will be able to take the animals without consultation or permission from the Fish and Wildlife Service,” he said, referring to landowners.

Prater said in an interview that the reduced habitat area would only support about 15 wolves, and any wandering wolves would be in danger.

The government’s plan “would essentially result in a death sentence for any wolf that leaves federal public lands,” he added.

Federal officials estimate it will take until November to finalize the rule after a public comment period. Until then, Red Wolves are governed by existing rules and other restrictions ordered by a federal judge.

In 2016, U.S. District Judge Terrence Boyle issued a preliminary injunction that essentially halted all licenses granted to landowners to trap or kill wolves. This decision exists under the current Red Wolf rules, so it does not necessarily apply to the new proposal announced on Wednesday.

Government lawyers argue in a recent court filing that “such an injunction will become meaningless when the red wolf rule to which it refers is superseded.”

However, one of the attorneys leading the lawsuit said Wednesday that Boyle’s ruling would remain in place until the government formally requests to lift it.

“The government would have to demonstrate that its plan complies with the Endangered Species Act, and we don’t think it will,” said Ramona McGee of the Southern Environmental Law Center.

Conservationists argue that the current decline in the wild wolf population is due to the negligence of federal authorities who have halted releases of wolves born in captivity and other efforts to bolster them, such as the neutering of coyotes that fight over territory.

Their lawsuit argues that the Fish and Wildlife Service has moved away from successful management strategies over the past five years due to pressure from a small group of landowners.

Some homeowners claim that wolves are nuisance animals that frequently roam their property. They also wonder if they are a full species or a hybrid.

The Wildlife Service recently released a report indicating that it will continue to recognize the species even though Congress has called for further study of its genetics.

Andy Ostmeyer: The collapse of the red wolf comes as we realize the importance of top predators in natural communities | News