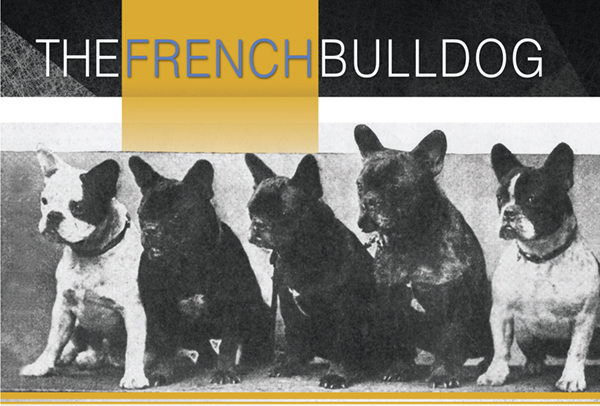 French Bulldogs have dominated the American purebred scene for several years now. Once again, they’ve topped the AKC’s record stats for 2021 and there’s no sign of slowing down there. This triumph is well deserved, but also surprising. When Labrador Retrievers took over as the top AKC breed 30 years ago, French Bulldogs were hovering at the bottom of the list, ranked 82nd. The breed started to gain popularity in the 1990s, but it didn’t even break into the top ten until 2014. Since then, it’s risen quickly, rising to number four in 2017 and giving the Lab a run serious about the money for a few years now.

The endorsements of celebrities like Martha Stewart and Lady Gaga certainly helped her case, but obviously most of the gratitude for this recognition belongs to the purebred workforce responsible for breeding and presenting this captivating breed to the public. This year’s Westminster RBIS winner, GCHP. Fox Canyon’s Ch. I Won The War At Goldshield has topped the group and all-race charts for long enough to prove his point and his recent media appearances have only increased the scorching demand for this breed. He arrived at Westminster ranked as the No. 1 Dog All Breeds and has owned Non-Sporting for even longer. Winston, we love you. Its breeders, owners and handlers deserve all the accolades for introducing this breathtakingly beautiful and expertly presented dog to the world, which is exactly what the sport is all about. Congratulations!

At this point, it’s hard to believe that the French Bulldog has been a marginalized and very rare breed for most of its AKC history. Nothing demonstrates this better than the memorable interlude at Westminster in 1897 when internationally recognized Bulldog authority George Raper excused every French Bulldog from his ring. It wasn’t the best moment of the breed.