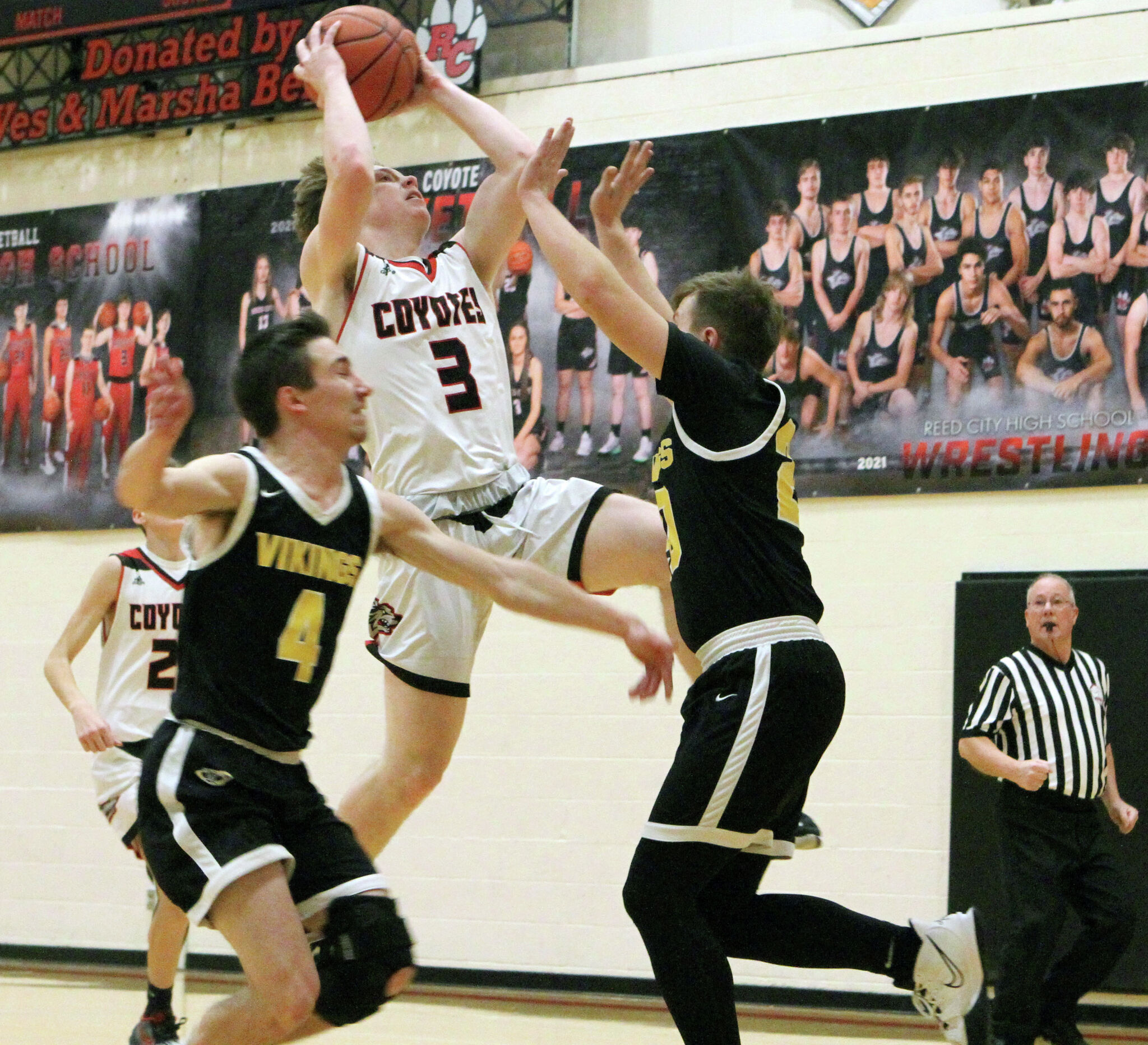 The coyote boys return home to defeat the Vikings

Reed City’s last home game was Dec. 10, which means the Coyotes have been on the road for each of their last nine games heading into Friday’s meeting with the Vikings.

Senior Canyon Reed led the offensive effort for the Coyotes, scoring 18 points and going 4-for-6 from the free throw line in the winning effort.

Junior Seth Jackson had 14 points and hit three from range.

Reed City started the game aggressively at both ends of the field and took a 23-9 lead after the first quarter.

During the second period, it looked like the Coyotes would run away with it, leading 30-15 at one point, but Tri County pulled one back and went into halftime with the score at 34-24.

The Coyotes led 59-45 after an explosive third-quarter display from both sides.

Sophomore Max Hammond scored a dozen points and was a perfect 3-on-3 from the free throw line.

Junior Ty Kailing contributed 10 points to the winning cause, including nine via 3-point shooting.

For the Vikings, 23 points scored by Ty Mderlington led a valiant effort.

The Reed City girls started the night’s hoops action slate by holding on to a narrow 37-35 conference win over the Tri County Vikings.

The defense took center stage in what turned out to be a serious display from CSAA Gold’s pair of familiar opponents.

A result was in the air until the final moments of the game, but after taking a late two-point lead, the Coyotes buckled down defensively and made a few timely free throws to seal the victory.

RC will face White Cloud away from home at 7 p.m. on February 8.