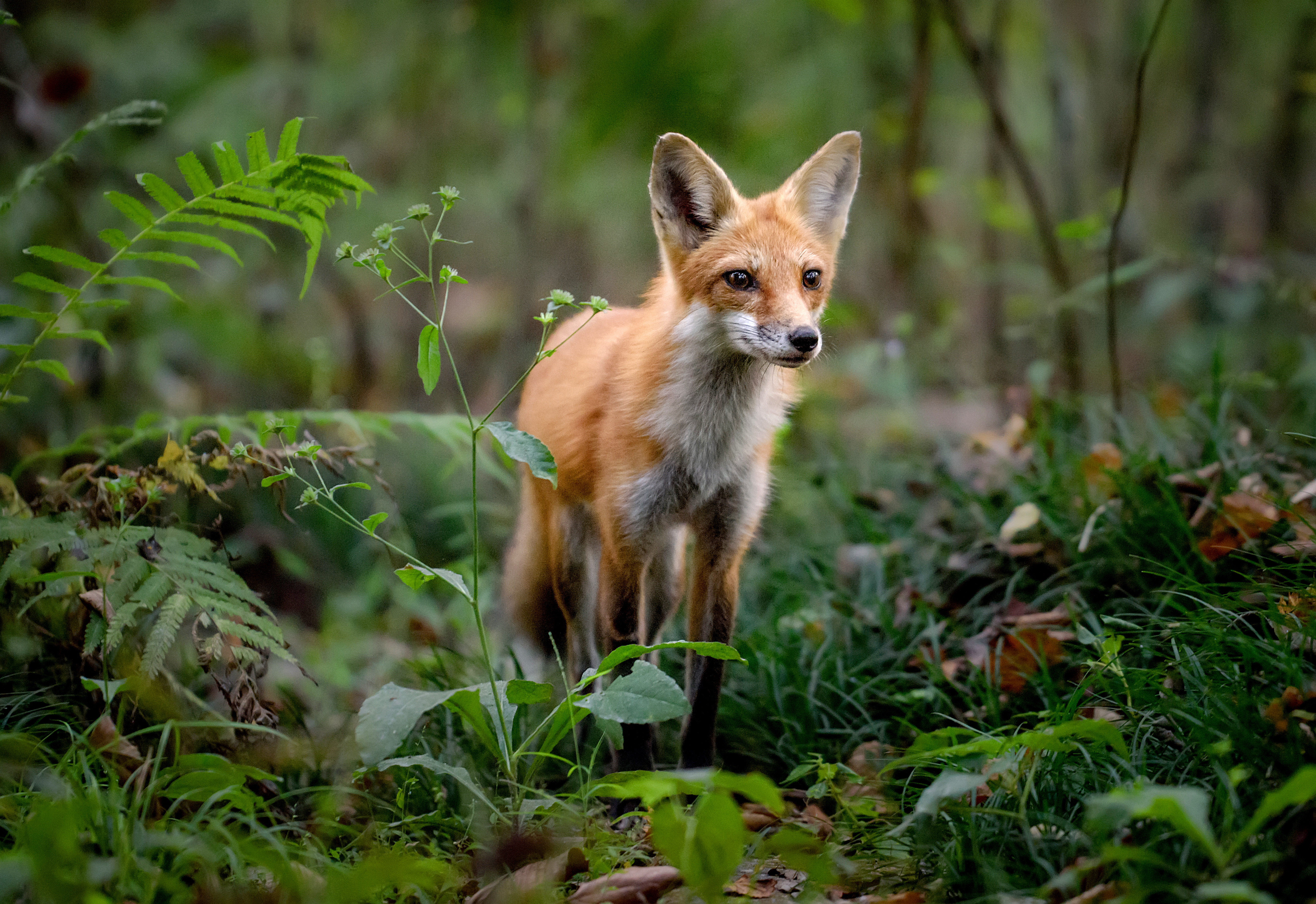 After initially deciding to study photography at LSU, she changed course to pursue studies in philosophy instead. By the spring of 2007, she had barely touched her camera for three years.

She was 32, lived near LSU Lakes with her then 11-year-old daughter Logan, and ran an online retail business. One day, Shutt was driving home with her daughter when she exclaimed, “Mom, I think I just saw a fox! He had pulled his copper head out of a drainage pipe in a ditch near their house. Shutt had only seen one fox in real life before, when she was a teenager. She went home to pick up her simple point-and-shoot camera.

That day, she took pictures for the first time in a long time – of the adult vixen as well as her little fox kit. Shutt and her daughter began to watch the family often during the sunsets. For her, it was magic. They were magical. She never put her camera down after that.

Now 43 years old, she leads the life of a full-time photographer, notably as a collaborating photographer for 225. She happily travels the world from Baton Rouge to Prince Edward Island to Kenya, taking photos of the wildlife in every location.

She decided to formally blend her passions for photography and foxes early last year with The Canid Project, a company that combines rehabilitation and wildlife science with photography and writing.

Much of the wildlife she photographs, particularly in Baton Rouge and Prince Edward Island, consists of red and gray foxes. During these excursions, she met other photographers and conservationists that she would not otherwise have met without the canines that unite them. She then realized that the photos were only part of the canine‘s story.

“I want to do more than just take a pretty picture,” says Shutt. “I do a lot of research on these animals. I want to know their natural histories and understand their behaviors and habitats. I don’t want to be someone who takes pictures, comes home and posts them online, and that’s it. I want to do more.

Since 2007, Shutt has been helping wildlife rehabilitation as a volunteer with the Wings of Hope Wildlife Sanctuary in Livingston Parish. Last year, she obtained her own official re-education license with the Louisiana Department of Wildlife and Fisheries and began re-educating foxes independently.

Imbued with her memories are the five orphaned 8-week-old red fox kits that she recently rehabilitated. Three of them were siblings of a litter. A pest operator had received a complaint about them in a residential area. He tried to trap the litter with the mother, but the mother and another cub escaped, leaving the three babies alone. Another kit fox was found ill in the middle of a road. Another young fox was confiscated from someone trying to sell it. All of them were brought to Shutt.

“I raised them all in one litter,” she says. “It is important that they are raised together because this is how they learn to be foxes. Some of their skills are innate, but when it comes to socializing and seeing other foxes, they need them. “

She looked after them at her establishment on the outskirts of Baton Rouge. At the age of 6 to 8 months, she released the foxes to the woods of nearby Saint-Gabriel, where she had installed surveillance cameras to document their recoveries for as long as they remained in the area.

She has also recorded her work with wildlife and fishing, making her program the only one to provide species-specific fox rehabilitation in the state. It can also re-educate coyotes.

After setting up the rehabilitation center, she assembled her own team of fellow photographers, biologists and conservationists, many of whom had met on photographic adventures, and launched The Canid Project in December 2016. The project was approved for nonprofit status in October of last year.

As a director, Shutt aims to promote wildlife conservation through photography and educating the educational community. While rehabilitation is key to keeping orphaned and injured foxes and kittens alive, photography also contributes greatly to this cause through awareness, says Shutt. Intimate wildlife photography can give people an understanding they otherwise wouldn’t have about the wildlife teeming in their backyards.

Shutt has done everything from photographing resident foxes around Baton Rouge to door-to-door visits to help educate residents who have discovered families of foxes living under their homes.

“Animals are not those ferocious beasts that want to hurt us,” she says. “I’m not trying to anthropomorphize them or put human qualities into them, but they absolutely have personalities and interact with each other in an emotional way.”

It’s been 10 years since this red vixen and her cub near LSU lakes changed Shutt’s trajectory. She continues with The Canid Project, her way of trying to give them back the only way she can: create a distinctive new wave of conservation for the state.

Those foxes took hold of her mind that spring day. They haven’t let go yet.

IF YOU SEE A FOX

• Give it enough space. They can be curious but are rarely aggressive unless threatened. It is a wild animal, after all.

• Do not try to feed the foxes. They hunt for food (usually small rodents) and only attract other wild animals.

• Keep your animals on a leash or in secure enclosures. Close any openings under porches or sheds, where foxes might roost.

Learn more and find The Canid Project online at thecanidproject.com.

This article originally appeared in the March 2018 issue of 225 magazine.

Reviews | Don’t politicize the fate of the red wolf