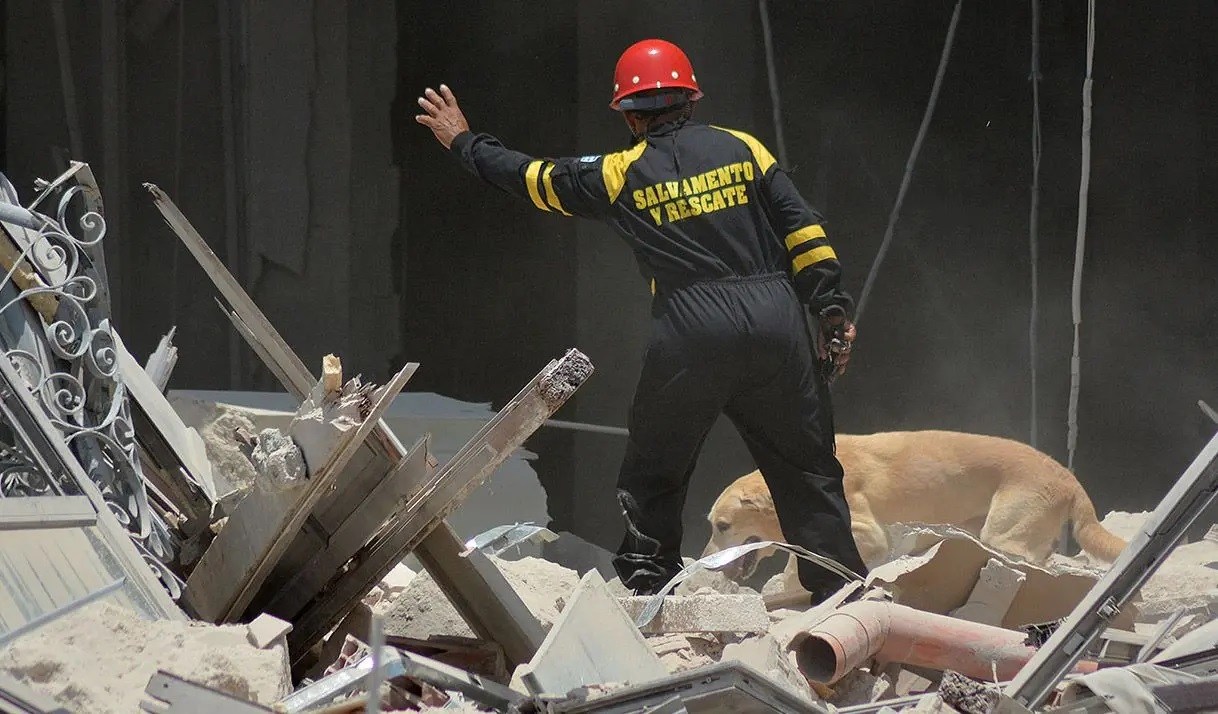 HAVANA TIMES – Chuza has found a home. She was one of two dogs rescued from the rubble created by the Hotel Saratoga explosion in Havana. After staying in a temporary home for several days, she was released to her owner’s relatives on May 11, according to animal rights group ‘Pasos’. Its owner had lost his life in the disaster.

After the Saratoga explosion, the first job of firefighters and rescuers was to find survivors, but not just humans. Every life matters.

Two days after the accident (May 8), rescue teams found two dogs alive among the rubble of a nearby building, also damaged by the hotel collapse. According to Cubadebate, a female dog (Chuza) and a male dog (Sultan) were rescued within minutes of each other.

Sultan is also with relatives of his owner, who lost his life in the crash.

Arnaldo Alvarez, a member of the Cuban Red Cross, told Cubadebate that first aid was immediately administered to the two animals and that despite their shock, they did not suffer any physical injuries. They also asked some animal rights groups to take care of them.

A few minutes later, a volunteer from the “Pasos” group picked them both up and took them to the veterinary clinic on 18th Street, Vedado. The group’s Facebook page announced that Sultan was recovering, although he was still a bit “shocked” from the fright. During this time, Chuza had suffered a blow to his left rear leg, but it was only a muscle injury; and she was recovering with rest and painkillers.

The family of the owner of the Sultan, Maria Consuelo Alvarez Valdez (disappeared at the time), collected him on May 8. The 77-year-old woman lived in apartment 201 of the building next to the hotel. His lifeless body was discovered on Tuesday May 10.

Chuza had been transferred to a shelter because the relatives of her owner, Juan Carlos Diaz Alvarez, did not consider themselves able to take her in. The body of Juan Carlos, 55, was also discovered on May 10.

Minutes after search and rescue efforts began among the rubble of the Saratoga Hotel, rescue dogs arrived at the scene of the crash.

Dianko, Tito, Xila, Yomy and Rocky are the names of five Labradors who belong to the canine unit of the Interior Ministry’s Special Brigade, which worked to locate missing victims under tons of rubble.

The barking of one of these dogs in the midst of disaster becomes a breath of hope. They are the first to enter the ruins and track down the bodies. Then heavy machinery is used to move the rubble.

Photos of the Labradors working at the scene of the accident or resting in the nearby park have gone viral on social media. People reacted quickly and many people became aware of the work of these furry heroes.

“If you think saving dogs is a waste of time, dogs are saving people right now,” Pasos wrote on Twitter.

On that same social network, user Ivon Otero posted a picture of firefighters with rescue dogs and wrote, “This is for those who criticize animal activism, they do this and more for us for nothing expect back”.

The sense of smell of these dogs is essential for finding bodies under the rubble. They worked day and night to find those missing after the collapse.

“Rescuers check the area, and if they have any doubts or information from a neighbor or relative about the possible location of a missing person, and they can’t find it, then we go in, because research with dogs is much more effective. There is no technology or any other type of substitute for their work and its time-result relationship,” Aliesky Mota, a member of the 15th Command of the Special Rescue Detachment and owner of Dianko, told Cubadebate.

Dianko was one of the first dogs to enter the building and he slightly injured his paw during the rescue operation. As soon as he recovered, he went on the trail the missing persons trail.

Rocky, another Labrador, took part in an international mission to Ecuador after the earthquake there in April 2016.

Rescue dogs are known as buddy dogs, due to the symbolic and emotional relationship they have with their human companions, who train and work with them for years to develop their tracking skills.