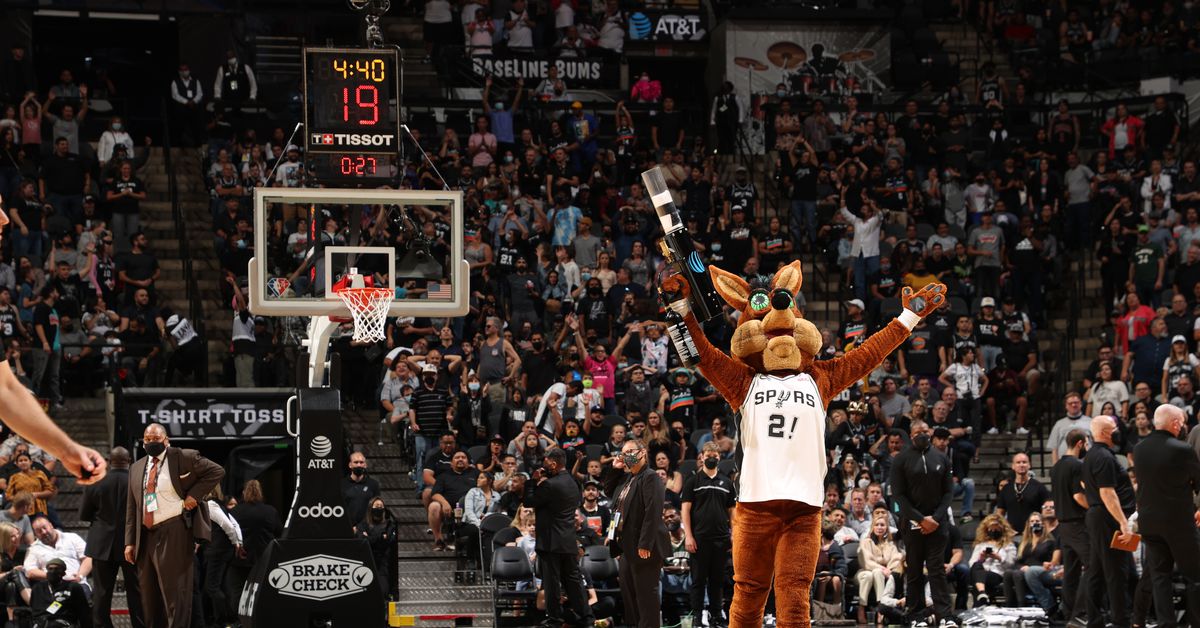 I went on a family vacation this week, the first in two years. Despite a well-deserved break, I was looking forward to seeing Spurs in person again. Not only had they been on the Rodeo Road Trip and taken a break during All-Star Weekend, but now I was stuck watching the games on my daughter’s iPad on NBA League Pass.

So when my flight landed, I immediately jumped in my truck and raced to the AT&T Center to see my first live Spurs game in weeks.

It was Coyote‘s birthday and so the whole arena was in a particularly festive mood. Almost all of the timeouts and breaks involved the Coyote in some way.

Although I couldn’t make it in time to nab a coveted Coyote Bobblehead for my daughter, I received a cool little poster as a keepsake.

Spurs looked great…for about half the game. But the wins and losses are for another day. So far, I’ve been able to enjoy being home, watching my team, and celebrating the NBA’s best mascot birthday.

Welcome to the thread. Join the conversation or feel free to start your own discussion. This space is for your thoughts on any aspect of the NBA not covered by a dedicated PtR article. It’s the Spurs community, your Spurs community. Thanks to be here.

Our Community Rules enforce which should remind everyone to be cool, avoid personal attacks, don’t troll and watch the language.