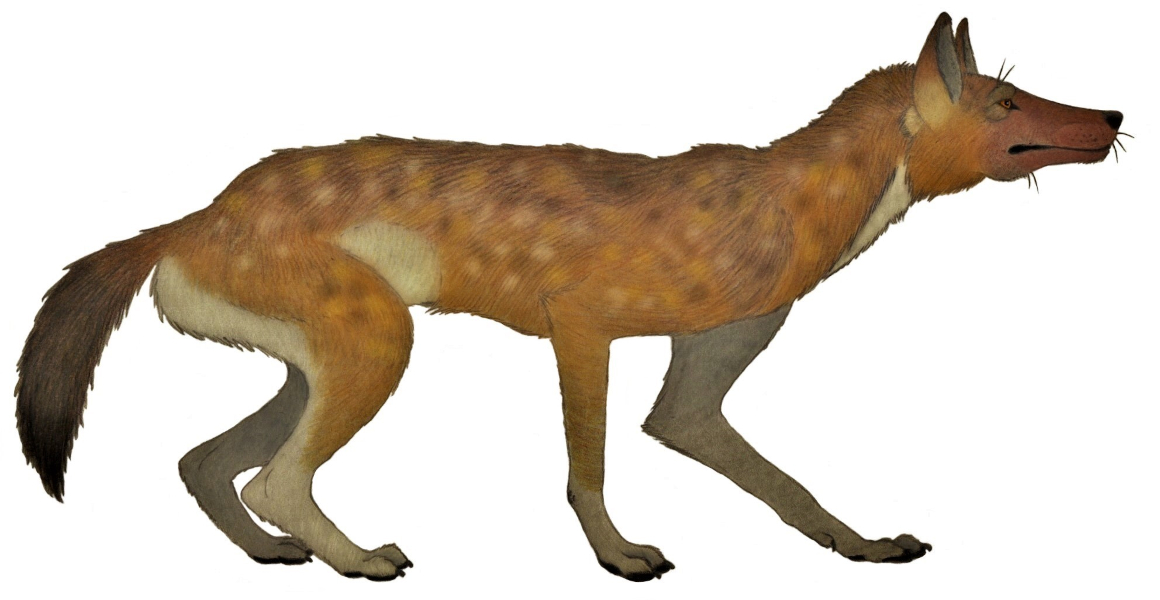 The bones of the Sardinian dhole revealed that the individual was female and likely died around 21,000 years ago.

Although the DNA was damaged, researchers were able to reconstruct the species’ family tree from other living canids. Their analysis revealed that the Sardinian dhole is most likely a close relative of the Asian dhole, in addition to being a sister taxon of Canis, which contains all living wolves, dogs and coyotes.

Their findings also suggest that the Sardinian dhole shares a number of genes with gray wolves than expected, suggesting the possibility of crossbreeds or that other wolf species may have an unknown canid ancestor.

The genetic findings also give clues to how the species may have evolved on the island. It is assumed that the ancestor of the dholes arrived in Sardinia and Corsica between three and five million years ago on a land bridge that no longer exists.

While the species was cut off from the mainland when the land bridge disappeared, researchers have found evidence that some ancestors of the Asian and Sardinian dhole may have crossed the sea during this period when sea levels were periodically falling. This continued for hundreds of thousands of years until they were finally separated between 510,000 and 310,000 years ago.

Its genetic distribution suggests that the species has declined in number, leading to a low diversity genome. While some discoveries can be made with confidence from this single specimen, Selina says others will require the study of other Sardinian dholes.

“Once you get the DNA, you can use it to produce different trees to study its relationship to other species, such as gene flow and inbreeding,” she says. “However, in this case you need to be a little careful before drawing any conclusions based on inbreeding, as this is a measure of population and it could just be an anomaly in this individual.”

The researchers compared the genome diversity of the Sardinian dhole to that of mountain gorillas, whose populations have declined relatively rapidly due to human persecution.

Researchers suggest that this could suggest that humans may have contributed to the extinction of the Sardinian dhole after arriving on the island around 20,000 years ago. However, other causes, such as inbreeding and loss of genetic diversity, may have already put the species on the path to extinction, as our ancestors may have only accelerated the inevitable. .