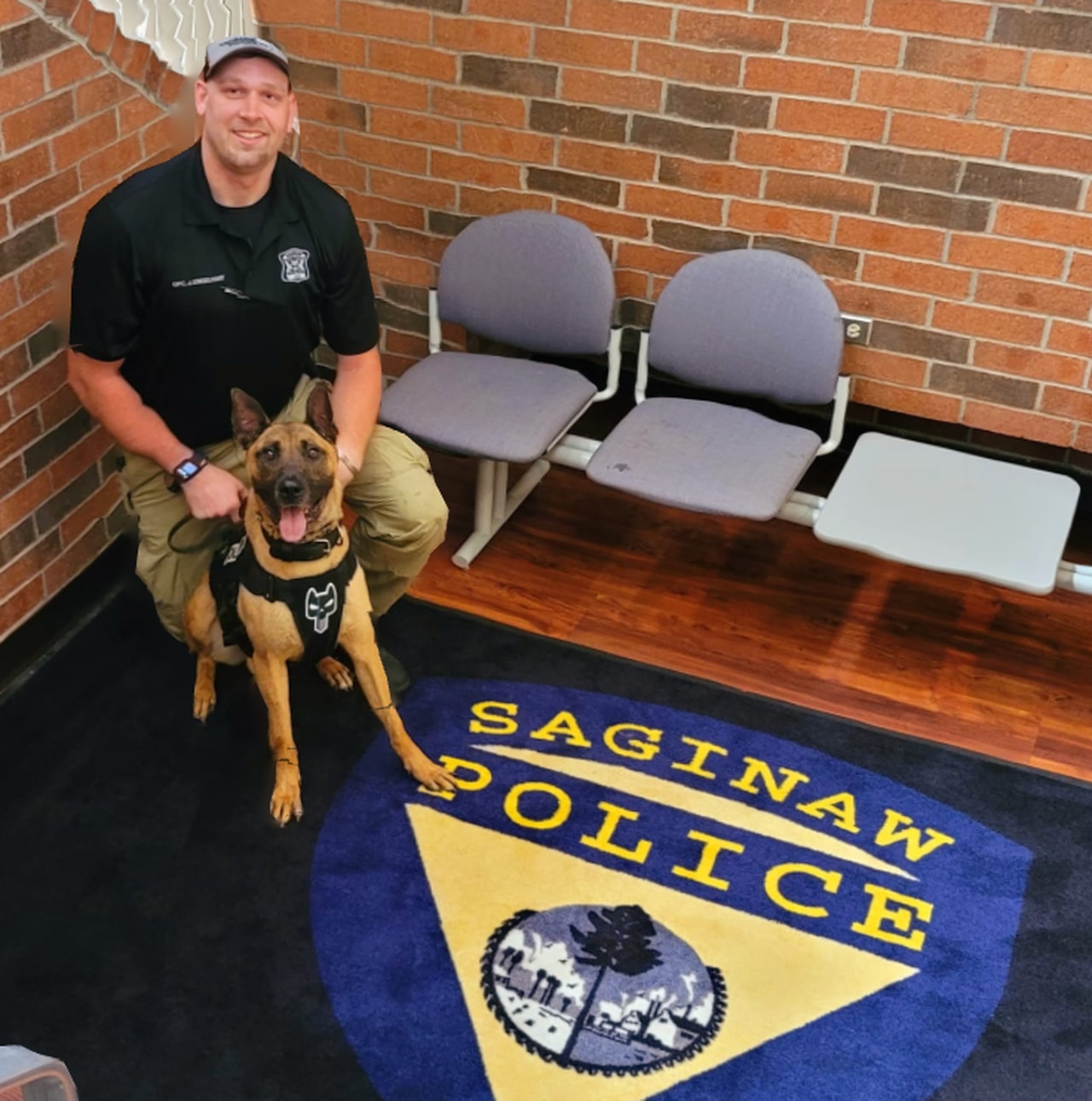 SAGINAW, MI – Days after the Saginaw City Council approved the purchase of a new K-9 police unit for the police department, the Saginaw Valley Police Canine Association announced it was cutting ties with the program. In doing so, they cited concerns for the health of K-9s.

In a statement provided to the board on July 13, the nonprofit SVPCA wrote that its members believe it is best for the agencies to go their separate ways.

“Over the past two years, we have continued to feel that we are not on the same page when it comes to the health and well-being of police K-9s and we have felt that our concerns were not taken seriously or handled appropriately,” the statement read.

On July 11, the city council approved the police adoption of Krixus, a 2-year-old Mexican-born Belgian Malinois trained in both tracking and narcotics detection. Krixus must fill a niche once filled by Deebo, who retired in March.

The department has four other dogs in its K-9 police unit: Ares, Cigan, Harvey and Denver, the last of which also joined the agency this year.

The SVPCA says its most recent concerns stem from health issues with Denver that were not seen by a specialist and an incomplete health screening on Krixus before he was purchased.

“We are extremely disappointed to come to this after all the pro bono work we have done to save, grow and sustain the Saginaw Police K-9 program,” the SVPCA statement continued. “However, as we have learned better ways to keep K-9s safe and maneuverable, we feel the department has not been willing or able to make these changes for the betterment of K9s.”

Saginaw Police Chief Robert M. Ruth declined to address dog health concerns expressed by the SVPCA, but praised the organization and its past with the police department.

“I appreciate all the work the SVPCA has done for the Saginaw Police Department over the years,” Ruth said. “They have been a tremendous asset to us. They have really helped grow our program here at SPD.

In a response statement, the city described the police department’s K-9 contributions as immeasurable, saying they are a tremendous benefit to the department and the citizens of Saginaw.

“Our K-9 handlers have undergone extensive training in the care and handling of these dogs, and treat their K-9 dogs with extreme care and respect,” the city said. “We are very grateful for the support we have received from the Saginaw Valley Police Canine Association over the years. They have demonstrated a strong commitment to the safety of the Town of Saginaw. Right now, Chief Ruth, K-9 Command Officers and the City Manager feel it makes sense to become more self-sufficient and shift our fundraising efforts to our own SPD organization.

The SVPCA has asked the city council to provide the name of a nonprofit organization that can hold the K-9 funds and a copy of its tax-exempt determination letter from the IRS by August 19. If this information is not provided, the Saginaw Police K-9 Program will forfeit funds held for it by the SVPCA.

If this occurs, these forfeited funds will be placed in the SVPCA’s K-9 General and Retired Fund.