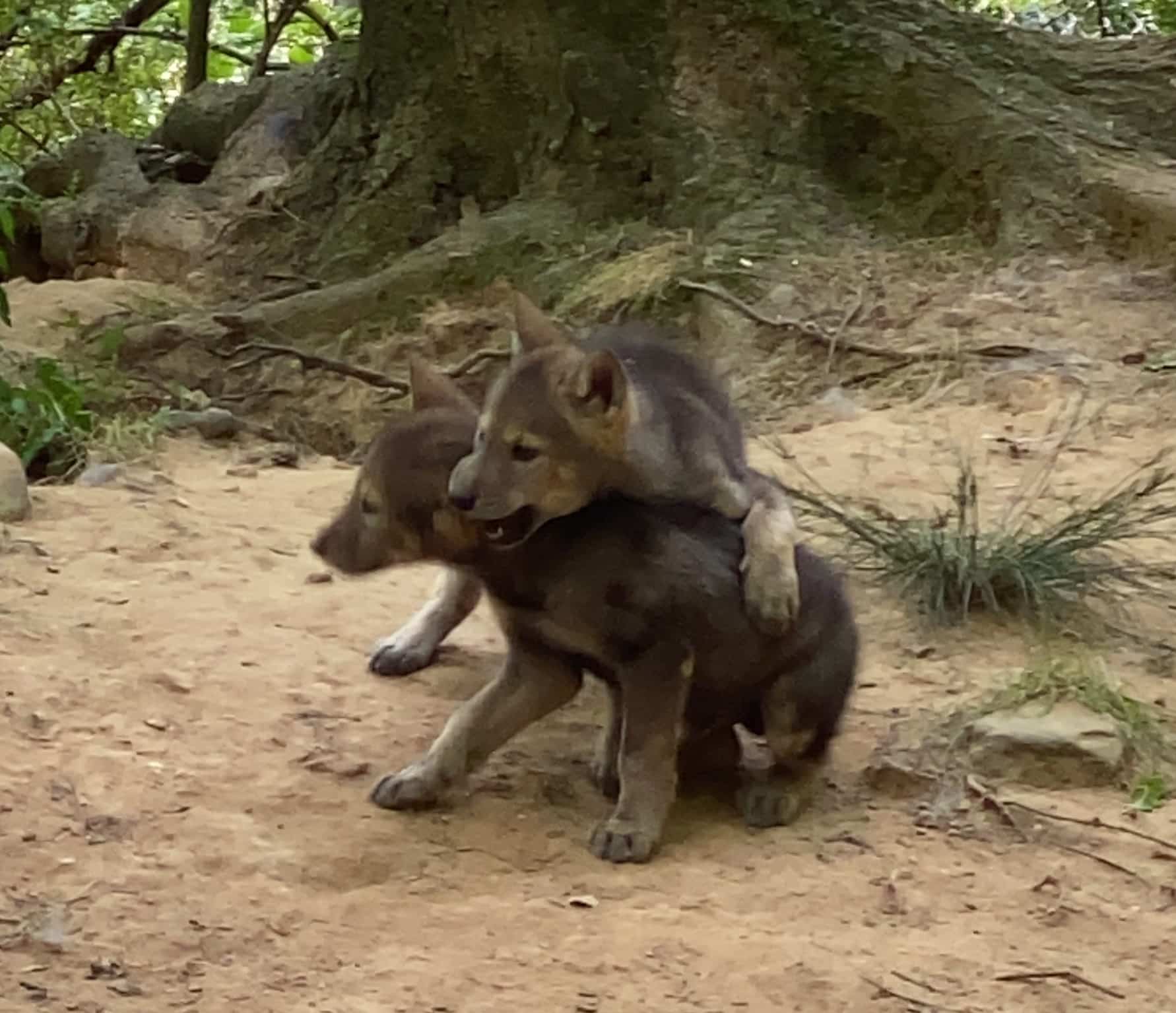 Both puppies, Romulus and Remus were born in April, and their vet, Dr Keller, says they are doing exceptionally well. Dr Keller continues, “They are very healthy and thriving. We have a lot of videos, a lot of evidence that they move. They develop much the same way as puppies. These are puppies that are about six and a half to seven weeks old.

Reflection Riding has been part of the Red Wolf Species Survival Plan since 1996 to help house and raise wolves as they are endangered. “We have been very involved over the years. This is our fifth litter here… In an ideal world, what would happen is we would breed captive and then take these puppies and repopulate the wild populations, the wild salvage areas. We’re starting this process very slowly, ”says Tish Gailmard, Director of Wildlife Conservation at Reflection Riding.

The American red wolf was one of the first species listed under the Endangered Species Act in 1973, and remains on the list today. According to wildlife conservation specialist Gailmard, fewer than 20 American red wolves live alone in the wild. One of the reasons for being so threatened is hunting.

Gailmard continues, “They look like coyotes in appearance, so there is a mistaken identity. They suffer gunshot mortality for this reason. It is also a loss of habitat.

Reflection Riding will open its animal enclosure later this summer, so the public can meet the new wolves.