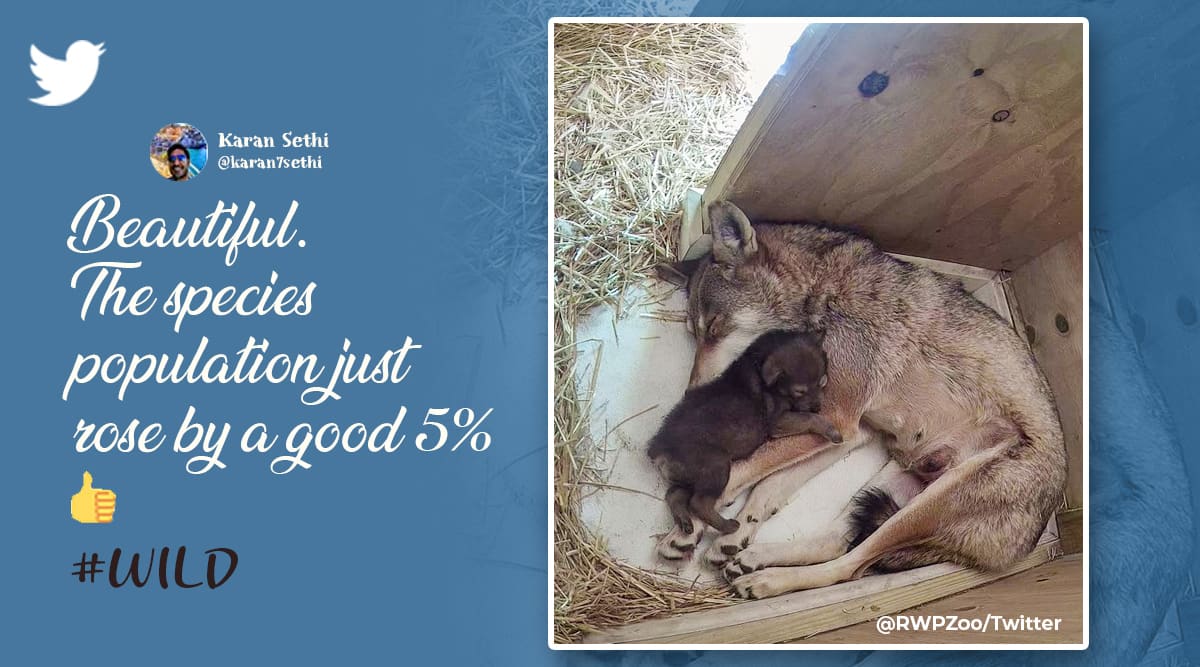 The Roger Williams Park Zoo in Rhode Island in the United States made an important announcement last week that has thrilled conservationists around the world. Through their social networks, the zoo authorities announced the birth of a rare red wolf.

Friday’s announcement came more than three weeks after a red puppy was born on May 5, 2022. The pup was born to six-year-old wolf Brave, who was sired by her mate Diego, who has seven years.

The Roger Williams Zoo shared an Instagram post that showed the newborn cub cuddling up with its mother in their den. Sharing this photo, zoo authorities added, “This is the first red wolf born at RWPZoo since 2005! The animal care team continues to monitor mom and baby through a camera inside the wolf’s newly constructed birth den. Although the pup was seen nursing and appears to be steadily gaining weight, the following month is a critical period for the development of the puppies.

The mother and newborn will stay in the den for several weeks, after which zoo visitors will be able to see them.

Commenting on the post, an Instagram user wrote, “This is the best news! So happy to hear and can’t wait to see the little pup”.

According to the Roger Williams Zoo website, in the 1980s several conservation authorities got together and introduced 14 wild red wolves to zoos across America in an effort to facilitate a captive breeding program. This program was intended to help conservationists slowly reintroduce the red wolf population into the wild.