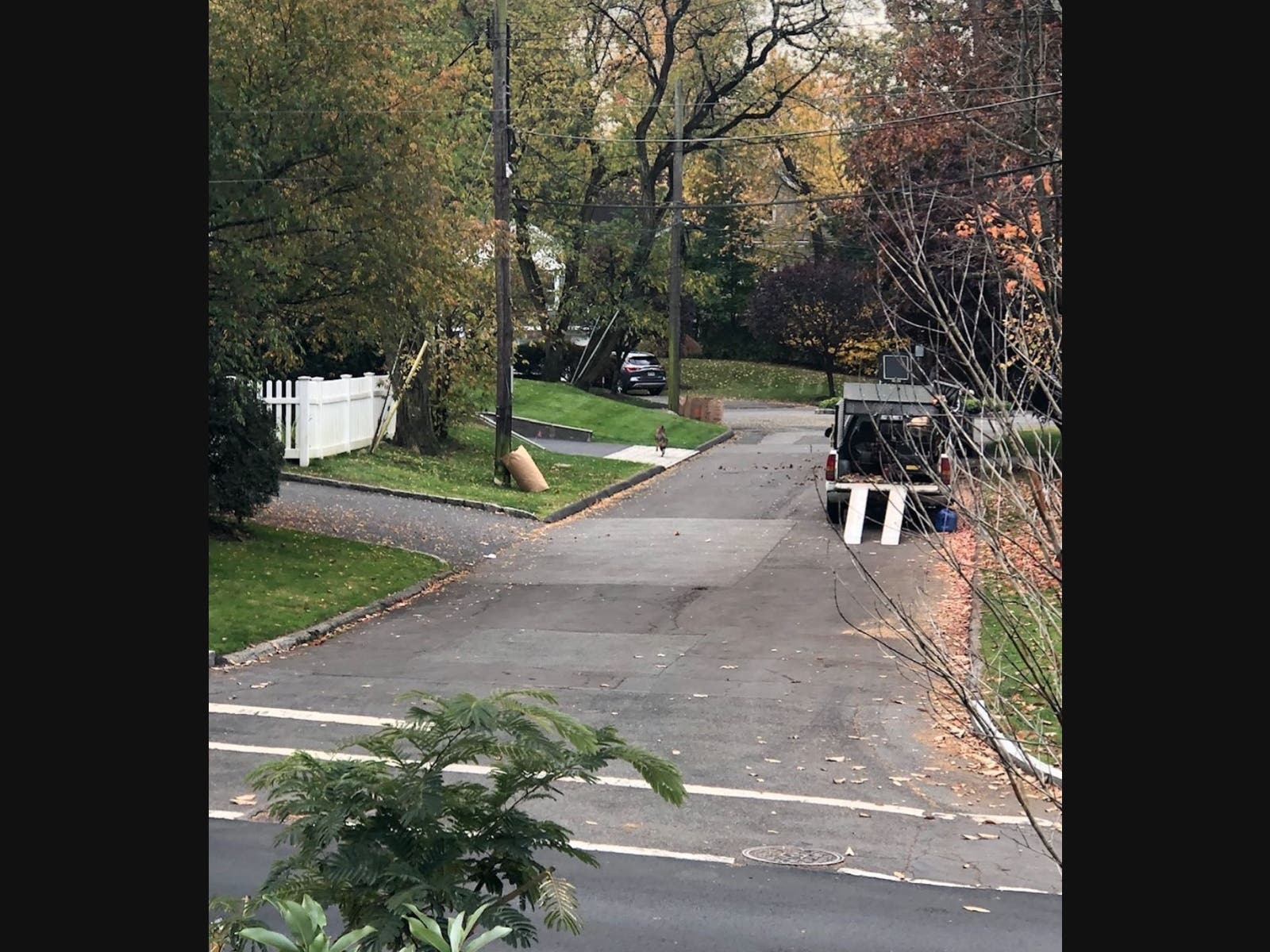 RYE, NY – The Rye Police Department warned the public, just hours before the children were scheduled to perform tricks on Monday, that “there have been several sightings of coyotes in the area in the past few days. “.

Police released a photo of a coyote that was taken Monday near Osborn Rd. and Woods Ln.

They urged residents to be aware of their surroundings when going out and if they see a coyote, to stay away.

Any coyote sightings should be reported to police who said they will have extra patrols in all neighborhoods to make sure everyone stays safe.

While coyote attacks are rare in Westchester County, a coyote that later tested positive for rabies attacked several people in Hastings and Yonkers in 2018.

Just a week ago, the Port Chester Police Department issued an alert that a coyote had been reported in Lyon Park. They also said there had been reports of the same coyote all the way downtown to Oak St. Police said after a long chase they were able to locate the coyote and bring it back to a wooded area on King St.

The Harrison Police Department also issued an alert two weeks ago to alert residents to coyote activity, particularly in the shopping area.

Last May, the Pelham Manor Police Department issued a coyote advisory regarding sightings of coyotes at the north and south ends of the village. The next day, Mount Vernon police warned residents that a small dog had been attacked by what was believed to be a coyote. Later that month there were several sightings of coyotes in and around Mamaroneck. A coyote was even spotted riding the Mario Cuomo Bridge bike path.

There are a few common sense precautions suggested by the DEC to ensure that man and beast can co-exist peacefully.

Owners are warned not to approach wildlife in any situation and never to feed a coyote. Potential food sources, such as bird feeders, pet food stored outdoors, and garbage cans, should be secured so as not to attract unwanted visitors.

Pet owners should not let their furry friends run free and parents are asked to closely supervise children outside.

In the unlikely event that someone is approached by a coyote, they should not run away. Instead, it is recommended to be aggressive – this includes making loud noises, waving your arms, and throwing sticks and stones. Officials say these behaviors will almost always startle the animals.