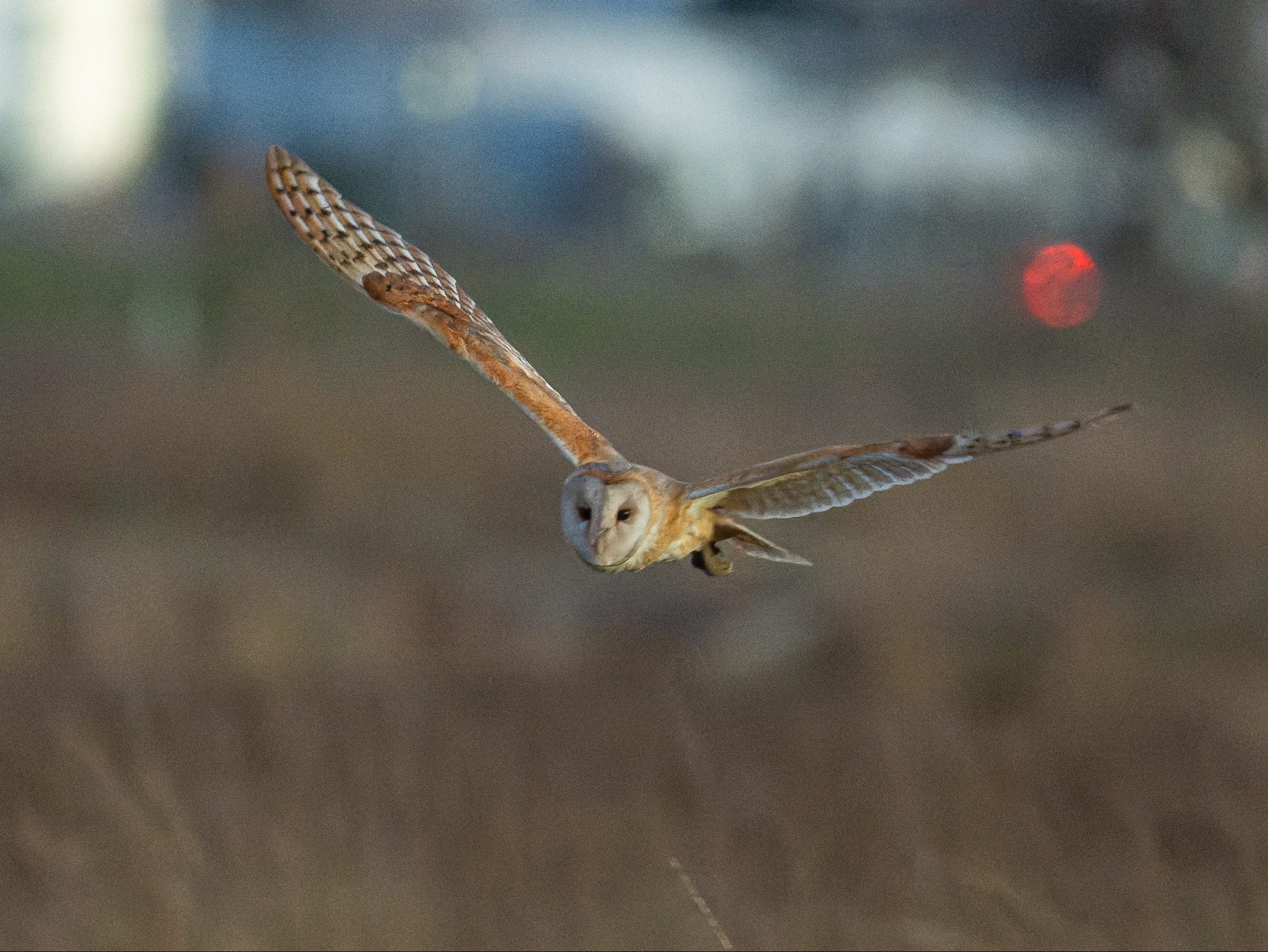 The week before Christmas I decided to go bird watching and went to eBird and there was a hot spot at Coyote Hills Regional Park where there had been recent owl sightings. I have never seen an owl in flight so I was excited about the opportunity.

I went Thursday 9:30 am to noon but no owl sightings although I did have the Northern Shoveller Duck Red-shouldered Hawk pictures so no loss. Coming out of the park, I saw a guy come in with a camera, so I stopped and asked him about owls, and he told me that owls sometimes come out around 4:00 p.m. 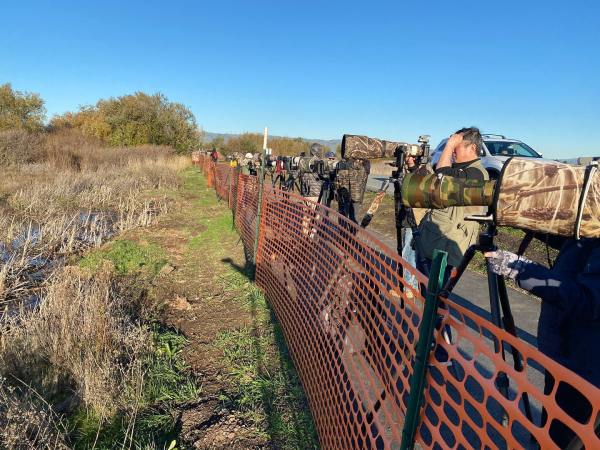 So I decided to go back the next day Friday towards the end of the day. When I got there around 3:00 p.m. I saw all these people with their 600mm lenses and tripods. I don’t have 600mm and don’t use a tripod. Instead, I use the very compact and lightweight Nikkor 500mm f5.6 pf lens, which I really like because I can be fully mobile and carry it on hikes. Not to mention the 600mm prime which costs around $ 13,000!

I spoke to a few of the other photographers and confirmed that they were all there to take a photo of the owls, but it was not clear exactly when the owl (s) would come out of the trees, where they spend most of the time. of the day, to sleep I suppose. 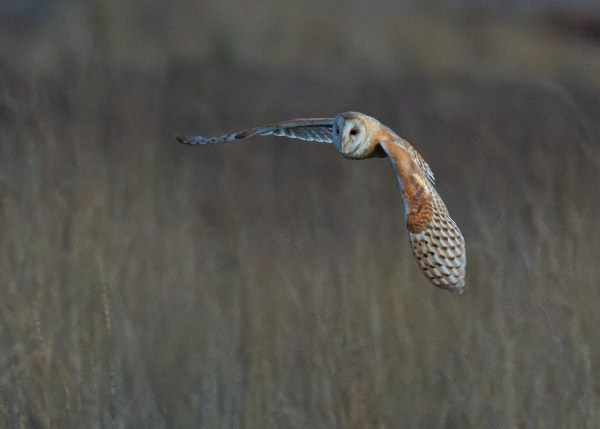 We all waited and waited, and it started to get very cold. The sun finally set at 5:00 PM and I was like “I just spent two hours standing in the cold and what if the owl (s) decide not to go out tonight.” I thought about leaving, but I didn’t want to miss it in case they were about to come out.

The only problem was that as it got darker I realized I was going to have to increase my ISO. Before the sun went down I was using ISO 500/640 for the occasional shot of the North Harrier as it flew overhead. At 5:00 p.m. I was at ISO 1600 which is already high for my Nikon D850. 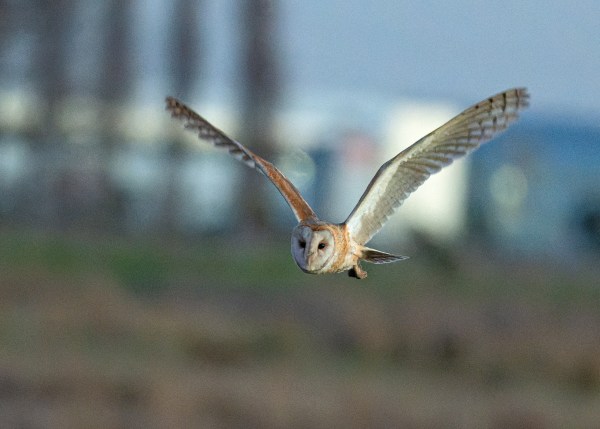 All of a sudden I looked into the distance and saw a white bird melting over the field at the other end. I should have run away then, but I wasn’t sure what I saw, but 10 seconds later I saw him again. So I moved quickly on the bike path to the field at the back, and just as I was going down I saw the owl dive into the field.

There were a few other guys with 300-500mm lenses, and they were mobile like me, and they were super excited because they took pictures as the Barn Owl dived right in front of them. They said he should go back up and was probably eating a rodent.

About 5 mins later around 5:10 p.m. it came back and started flying in a circle over the field so I started taking pictures but it was pretty dark so I increased it to ISO 6400 knowing that the quality wouldn’t be great but at f5.6 I really didn’t have a lot of options. 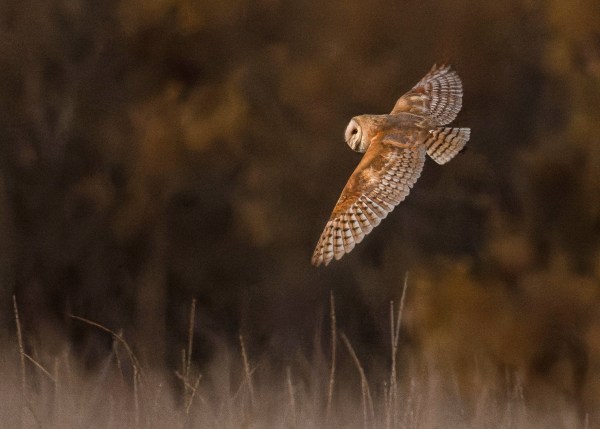 The bell owl then came back next to them, crossing the road behind us, so I found a break in the trees and ran over to that side and took a bunch of extra pictures as we went. ‘it was diving through that open field and at one point it was flying towards me when I took the last two photos and then it flew away. It was very exciting!

I never even shoot near ISO 6400 so the images are very grainy, but autofocus on my Nikon D850 did not fail. [Editor’s note: Rick found some software that reduced the graininess of his photos.]

After the bell owl took off, it was pretty dark so I decided to put my lens cap back on the camera and head back to my car and drive home. 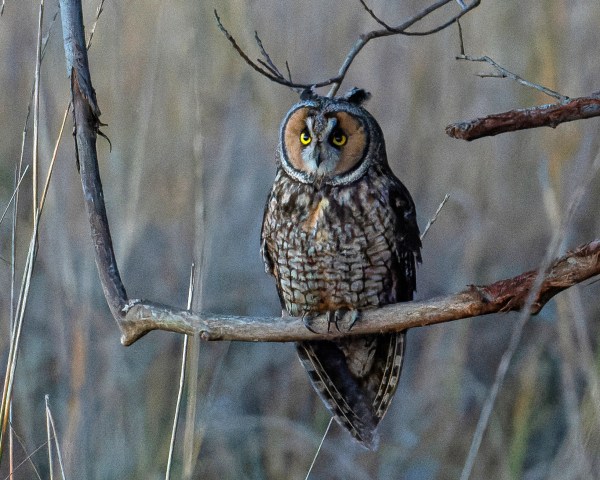 As I walked past where most of the photographers were still standing, a handful of them looked up to a tree and took pictures. At the edge of the trees, sitting on a low branch, there was a short-eared owl, so I took a few shots as it sat on the tree. Then it took off in the dark so I was like, okay now it’s time to go, and I was happy to have had pictures of the two owls.

So I put my cap back on my camera and started the way back to my car. I was a few hundred yards from the remaining photographers when I was surprised by something sitting on one of the fence posts near the path and it was the Short-eared Owl! I jumped him up and he flew off the post, but luckily he turned around and landed on another post. I walked back to him removing my lens cap and took a few more photos – and had an intimate moment with me and the owl. It was so cool.

What a beautiful evening. I got in my car and looked at the clock and it was 5:20 pm so it all happened in 20 minutes. So it was worth the two hour wait in the cold after all!

The bird photograph of Menlo Park resident Rick Morris can be seen on Instagram. It sells four different types of bird wall calendars – hummingbirds, raptors, shorebirds, and personalized – where you choose your favorite bird images – on Etsy.