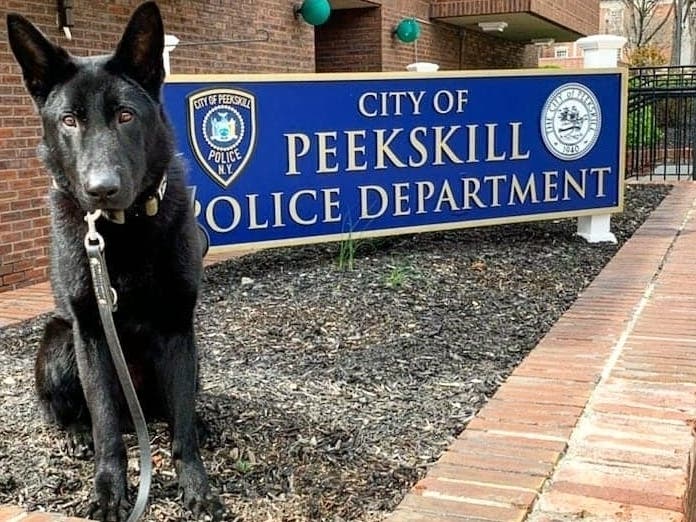 PEEKSKILL, NY – With so much grim news, Peekskill Police officials believed they would clear things up with the early introduction of an officer-in-training. One on all fours.

“Normally we would wait until graduation to introduce a new officer to the town of Peekskill, but I’m sure many of you have noticed a dog and an officer walking around the parks that don’t look like K9 Charlie or to Officer Nappi, “they said. on Facebook. “Your eyes are not fooling you! I would like to officially introduce you to the new members of the K9 Peekskill Police Unit, K9 Bones and his master, Officer Saintiche.”

Manager K9 is a new position for Agent Jonathan Saintiche. He will go to school with a 15 month old German Shepherd imported from Slovakia.

The dog is named after the United States. Air Force Staff Sergeant Louis M. Bonacasa, who was stationed at Stewart Air National Guard Base and was killed in Afghanistan on December 21, 2015.

“A very special thank you to the Bonacasa family for their contribution to our new K9 team and for their blessing. It is with great pride that we carry on the memory of Staff Sergeant Bonacasa and honor his sacrifice,” said police officials. . “Please join us in welcoming K9 Bones to the town of Peekskill and congratulating PO Saintiche on his new position as K9 Handler. Please wish them good luck as they will both go through a rigorous training process over the next year or so. “

To request that your name be removed from an arrest report, submit these required elements To arrestationreports@patch.com.