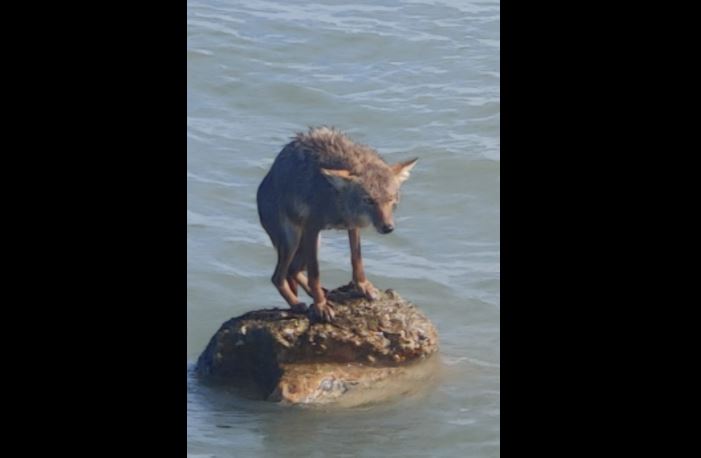 Port Aransas animal control officer Richard Gleason spent an unusual Tuesday morning helping a frightened coyote. The animal was on a rock in the Port Aransas shipping channel. Gleason tells MySA that the crowds of people taking pictures and videos of him prevented the coyote from jumping off the rock and back into the ocean.

Authorities responded to the scene after the shelter received a call about a coyote in distress from the animal rehabilitation dungeon. Gleason thinks the coyote may have chased a large bird into the ship’s channel and fallen into it. While coyotes can swim, Gleason says this particular coyote seemed afraid to go back into the water.

“I’ve never seen one standing on a rock in the middle of water before,” Gleason says. “It’s usual but he was just scared I think.”

After throwing large boulders next to the coyote, Gleason says the animal finally jumped up and started swimming towards a wall where they could pull it with a rope. However, when the coyote was back on land, Gleason says he was startled again and jumped into the water.

“He was just very scared and very wet, but he got through it,” adds Gleason.