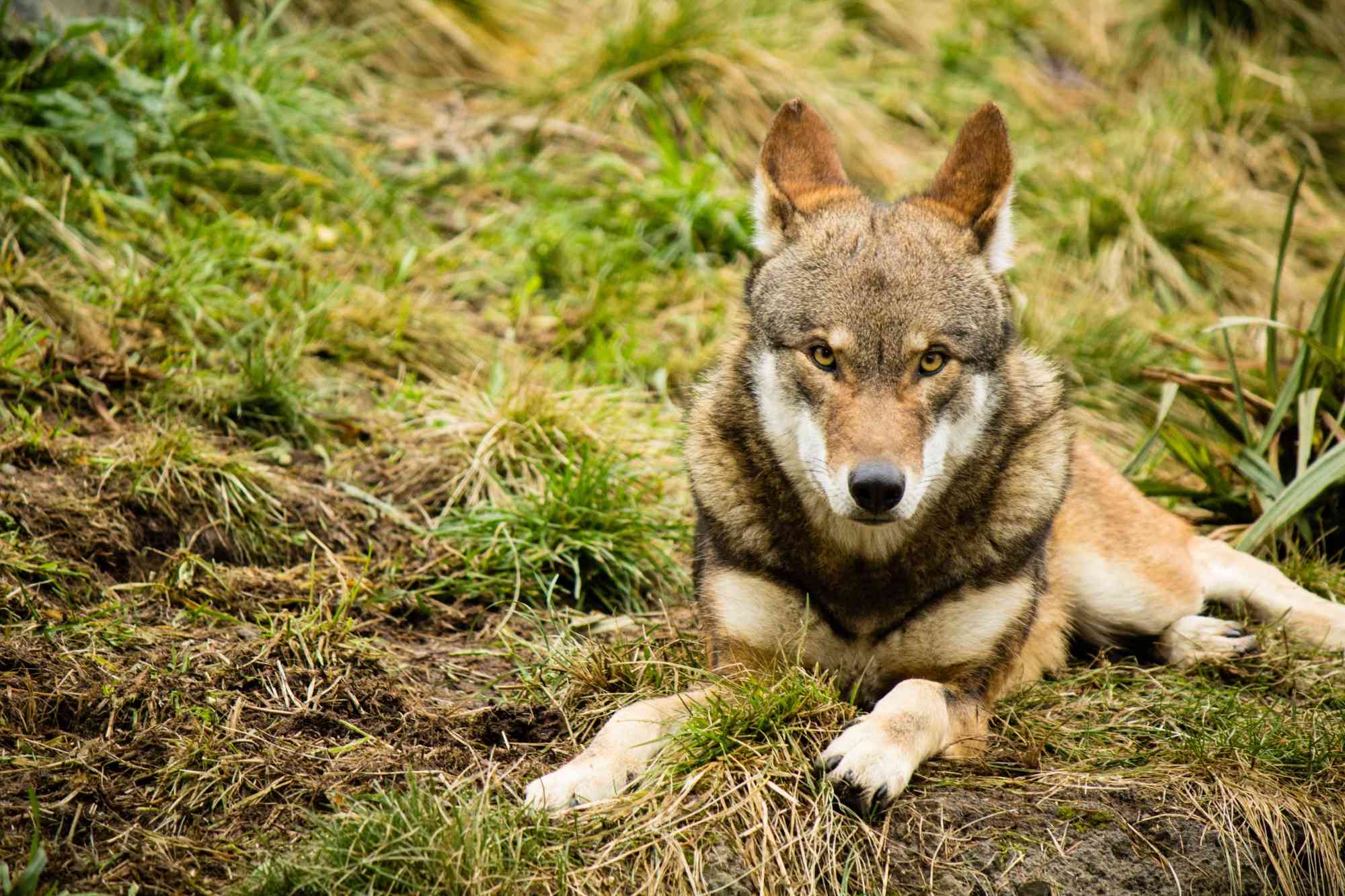 My Trip to the Red Wolf Recovery Zone

4:30: My phone alarm only goes off once and I’m wide awake with excitement. Today is the day. I’m in Manteo, North Carolina. In 25 years of living in North Carolina, I have never heard of this city or the Alligator River or Columbia National Wildlife Refuge, but now they hold a very special place in my heart. Wild red wolves, the most endangered wolf species on the planet, live here and I can see them very well in person today.

I am not alone in my seemingly random adventure on a Monday morning, using a vacation day at work. It’s a motley crew of three, none of whom had met in person until the night before. Our shared love for these red wolves and the natural world brings us together. The group includes our passionate and fearless Defenders of Wildlife leader Heather Clarkson, South East Outreach Program Representative, Dr. Jessie Williams, a dedicated conservationist and wildlife photographer, and myself. One may wonder why I am making this trip? Are these my credentials as a financial services management consultant? No. The answer is that I am an average citizen, concerned about our environmental well-being, the natural world, conservation and wildlife. Specifically, I am passionate about the once indigenous and now the only wild population of red wolves in the world. And they live in my home country.

A few years ago I became beyond interested in the fate of the red wolves in North Carolina. There were several news articles (if you knew where to look for them) about the legal proceedings and the US Fish and Wildlife Service, the federal agency responsible for managing red wolves in the recovery area. The red wolf population had quickly dwindled to less than 10, many due to gunshot mortality. I wondered, “how do more people not know this?” And, “if these animals are under the protection of the Endangered Species Act, why isn’t more being done to protect them?” I wanted to get involved, even if I didn’t know how. I called local zoos and allied Red Wolf organizations, which encouraged me to check out Defenders of Wildlife.

After a few years of donating to Defenders of Wildlife and writing to politicians, I had the opportunity to speak with the dedicated and talented professionals at Defenders. They allowed me to get involved in a more direct way. It opened my eyes to the business and the actors needed to manage and save a species and made me realize that everyone has a role to play.

The decades-long history of the red wolf species reintroduction program is full of ups and downs, although the downs seem to be more frequent in recent memory. From my perspective as a management consultant, this is a long-term strategic roadmap to success. How is success defined for the reintroduction of the red wolf? Simply put, it’s about reintroducing red wolves to their dedicated recovery area and allowing them to thrive enough to build a sustainable population in which there are many ecological benefits. For now, our main goal is to put in place coexistence measures with humans. This requires addressing potential wildlife conflicts on private lands, education programs, fundraising to help manage the species, and many other measures.

After a few months of direct work with Defenders of Wildlife, we decided that we could get the information we were striving so hard for if we visited the recovery area and saw for ourselves the ecosystem, surrounding communities and people. involved in at the local level to save the species.

5:30: It is still dark, but dawn is approaching. I just crossed what seemed like the longest bridge over the widest river and am now at the entrance to the Alligator River National Wildlife Refuge. Red wolves are notoriously elusive, so our best chance of seeing them will be before the sun comes up and they retreat into the thick brush of pocosin. The reserve is huge, and apart from the access roads and a few cultivated fields on the border, it is a wild place. In all my years in North Carolina, I have yet to see this type of topography and vegetation. At 6:03 a.m. the sun came up and the bugs came out. Our merry band remains excited and keeps hoping to see red wolves. Soon we see a variety of wildlife, including black bears, water moccasins, wild lilies, cats, other snakes, insects…everything but red wolves. However, we spot several traces of relatively fresh canids. Could they be? Our intrepid leader and canine expert, Heather investigates and confirms: Yes, the red wolves were there!

7:30 a.m.: We didn’t have the chance to see red wolves. It’s time to go around the shelter to see if we’ll have any better luck. Here’s some unsolicited advice: If you’re planning to travel to a nature refuge without paved roads, I don’t recommend using a compact rental car. I’m sure I got extra for cleaning the wheel arches of my rental; this being the result of nearly getting stuck in the depths of the refuge. After a few more hours, it looks like the wolves got away from us.

10:30 a.m.: We drive towards Columbia and arrive at the Red Wolf Education Center, managed by the North Carolina Wildlife Federation. This is where I find a treasure trove of literature and educational material on red wolves. Our gang of characters exits and heads for an enclosure…

10:55 a.m.: They are here! The captive red wolves are permanent residents of the educational center. They are beautiful animals with fascinating golden and brown eyes, tricolor fur and, even in captivity, a wild spirit running through them. If you have never seen a wolf (wild or in captivity), you have never seen an animal trotting like this; there’s a wary confidence that’s hard to describe, all the while slipping his head. In their eyes there is a familiarity, a recognition of a soul. If you have a dog you cherish, you might understand. Never would I have thought that these highly evolved specialists could survive in the heat of the Southeast, let alone a native wolf species near the coast. It reminds me that if we as humans give the natural world space and time to heal, it can survive and thrive. The hour we spent observing these wolves in their enclosure was one of the most fulfilling days of my life.

While I don’t claim to be an expert in red wolf recovery or truly understand the locals’ experience of dealing with a federally protected species, I view the plight of red wolves as a microcosm of the human relationship with nature and wolves throughout history. . What we don’t understand, we fear. At the risk of oversimplifying the matter, we are at a critical moment in human and natural history. If we don’t take the necessary steps to allow our planet and its many species to function as intended, there will be disastrous consequences for all of us in the not-too-distant future.

The hours I spent in the recovery area were an experience I will never forget. We all have a role to play in ensuring the survival of this majestic species, the most endangered species of wolf on the planet, which lives in North Carolina. Won’t you join us?