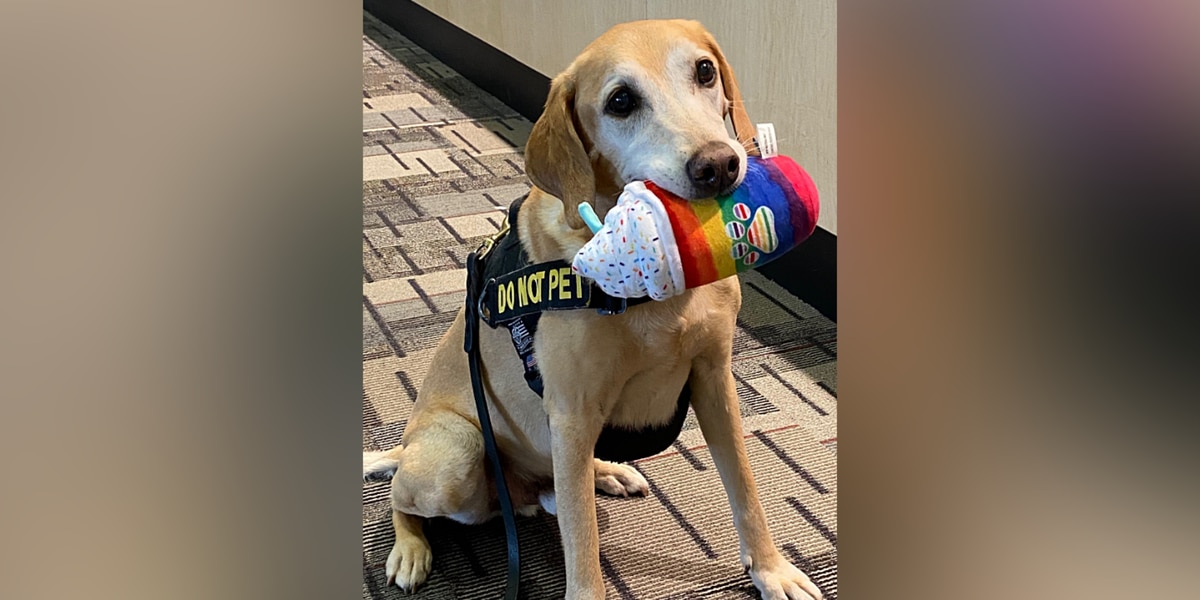 Eebbers, an 11-year-old explosives detection dog who works at Minneapolis-St. Paul International Airport, was voted the winner of the TSA’s 2022 Cutest Canine Contest.

Last week, the TSA held a nationwide social media contest for the public to vote for the agency’s “cutest dog.” After all the votes were counted, Eebbers emerged victorious.

The agency said the contest was held in recognition of National Dog Day to recognize the important role hardworking TSA dogs play in protecting the nation’s transportation system.

Eebbers, a Vizsla-Labrador mix, is a passenger screening dog who works at MSP alongside his handler as they screen travelers and their belongings for explosives at a security checkpoint .

According to the TSA, Eebbers have worked at the airport for nearly 10 years. He was born as part of the TSA Puppy Program and named in memory of US Army Pvt. James Ebbers died in 2002.

Eebbers is the last remaining puppy program dog who still works daily for the TSA and has assisted with security at several major events including the Super Bowl and the Indianapolis 500.

The TSA said it uses dogs like Eebbers in its nationwide security operations. They are trained to detect the smell of explosives or explosive materials. The dogs are paired with handlers who utilize the working dog’s keen sense of smell when on duty in busy transport environments.

Currently, the TSA has over 1,000 canine teams that have been trained at the TSA Canine Training Center in Texas.

Later this year, the agency said it would announce the availability of its 2023 canine calendar, featuring the top 12 finalists from the 2022 contest. Eebbers will be the dog featured on the cover.