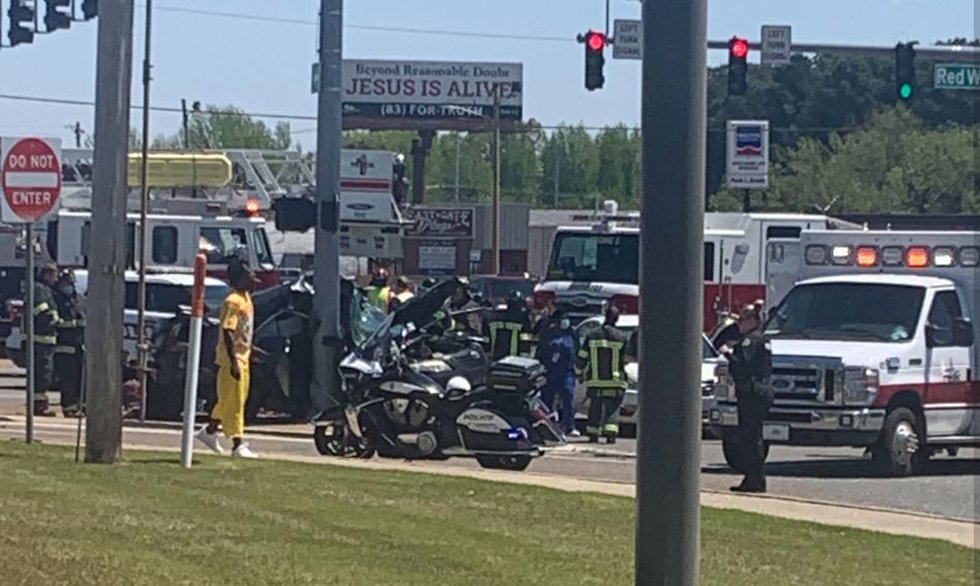 The crash happened at 12:46 p.m. on April 19 at the intersection of Red Wolf and East Nettleton Avenue, according to the Arkansas State Police’s preliminary fatal crash report.

A 2016 Nissan Maxima eastbound was attempting to turn left onto Red Wolf when a 2009 Toyota Camry westbound driven by Garai B. McCree, 33, failed to stop at a red light.

The Nissan struck McCree’s Toyota, which then slipped into a traffic light pole.

McCree was taken to St. Bernards Medical Center where he later died.

Police did not identify the driver of the Nissan and investigators did not say if he sustained any injuries.

According to the report, the weather was clear and the road conditions were dry at the time of the collision.

A helicopter was called in for the crash but then turned around.

JPD, Jonesboro Fire are both cleaning up the scene.

The air ambulance was dispatched before my arrival