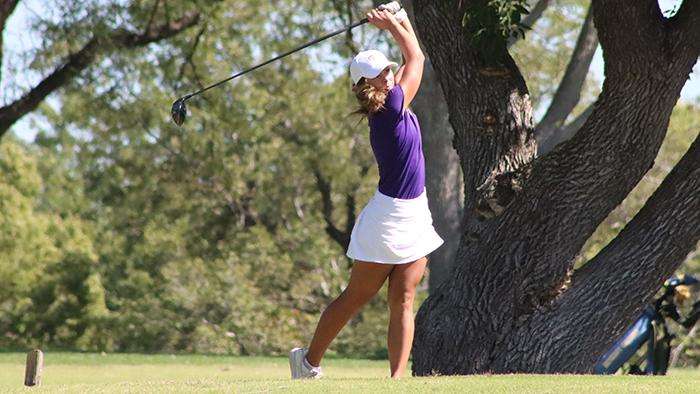 Kansas Wesleyan’s Aiden Richmond wasn’t going to pass up his last opportunity to play well in a tournament on his home golf course.

Richmond shot 77 of 5 over par and finished third with an 80-77-157 total in the Central Plains Invitational on Tuesday at Salina Country Club. She was one stroke behind runner-up Ida Lihufvdh of Bethany (78-78—156) and 13 strokes behind individual champion Cristina Galban of Southwestern Christian (74-71—145).

Richmond said she’s approaching everything with a sense of urgency this year.

“I feel like that every tournament, in everything we do in golf, that’s going to be the last time I can do that and I better make the most of it,” she said.

Richmond finished fifth after Monday’s first 18 holes but moved up the final 18 holes.

“My practices, hitting these fairways, my irons were working pretty well,” she said. “A few unlucky shots but my swing overall was hitting well. Certainly if some putts had dropped it would have been a bit better, but I’m happy with the way I played.”

“The greens were tough,” she said. “(Monday) the (balls) were rolling very differently than today in my opinion. Working with slower greens yesterday versus they were rolling a lot more today was definitely something to get used to.”

“She’s really turned it on here for the past four weeks,” he said. “She was top three in Wichita (Crestview Fall Invitational) and had a phenomenal outing last week, so we knew she was playing really well coming in. It’s exciting to see what she’s going to do in Match Play (Kansas Conference) (next week). She’s a notoriously good player in match play.”

Houk said his improvement was no accident.

“She takes as much time if not more than anyone here,” he said. “She stays after training; we see her here at weekends just to work and it showed today.”

“We played hard for two rounds,” Houk said of his team. “Southwestern Christian are a super strong team and would have loved to get this win. But we’ll move on to next week’s game and we’ll probably be the only seed for both sides.”