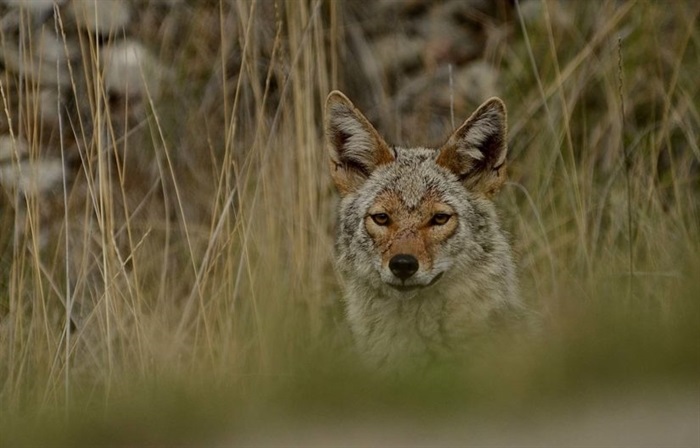 A Kelowna woman says she was chased by a coyote this morning while walking with her dog and her husband.

Tami Bjornson, who lives in Lower Glenmore in Kelowna, said that in the five years she has lived in the area, she has never seen a coyote.

This morning, January 20, they saw a coyote in their yard around 9 a.m. and were walking with his 100-pound dog at noon when the coyote reappeared out of the bush.

Her husband picked up the dog and quickly walked away as she started to run.

“The coyote is chasing me and overtaking me and (my husband) is like half a block ahead of me,” Bjornson said. A truck driver noticed she was being chased and ran into the coyote to scare it away.

She hasn’t called the BC Conservation Officer Service, but she wonders what the best way to respond in a situation like this with a coyote.

“I would like to know what I should do in the future,” she said.

The Conservation Officer Service could not immediately be reached for comment, but WildSafeBC recommends people stand taller, maintain eye contact and speak in a low, firm voice or shout if they encounter an aggressive coyote.

“Do not run or turn your back on it as this may trigger an attack,” according to WildSafeBC and pick up small pets and children.

WildSafeBC also recommends throwing rocks, sticks or objects near the animal. If it attacks, residents must kick the animal with their feet or use a stick to strike the animal’s ribs and stomach.

Aggressive encounters should be reported to the Conservation Officer Service.

During mating season, from late January to mid-March, coyotes can become more aggressive towards humans and pets.

“Coyotes might perceive another dog as a potential rival, there is more aggression that might occur at this time of year. It is always good to keep pets separate from wildlife,” said Vanessa Isnardy, WildSafeBC program manager, “Coyote densities will vary across the province, but the interior is the primary habitat for coyotes.”

— With files by Emily Rogers

To contact a reporter for this story, email Carli Berry or call 250-864-7494 or email the editor. You can also submit photos, videos or news tips to the newsroom and be entered to win a monthly prize draw.

We appreciate your comments and opinions on our stories, but play well. We will not censor or delete comments unless they contain off-topic statements or links, unnecessary vulgarity, false facts, spam or obviously fake profiles. If you have any concerns about what you see in the comments, email the editor in the link above.