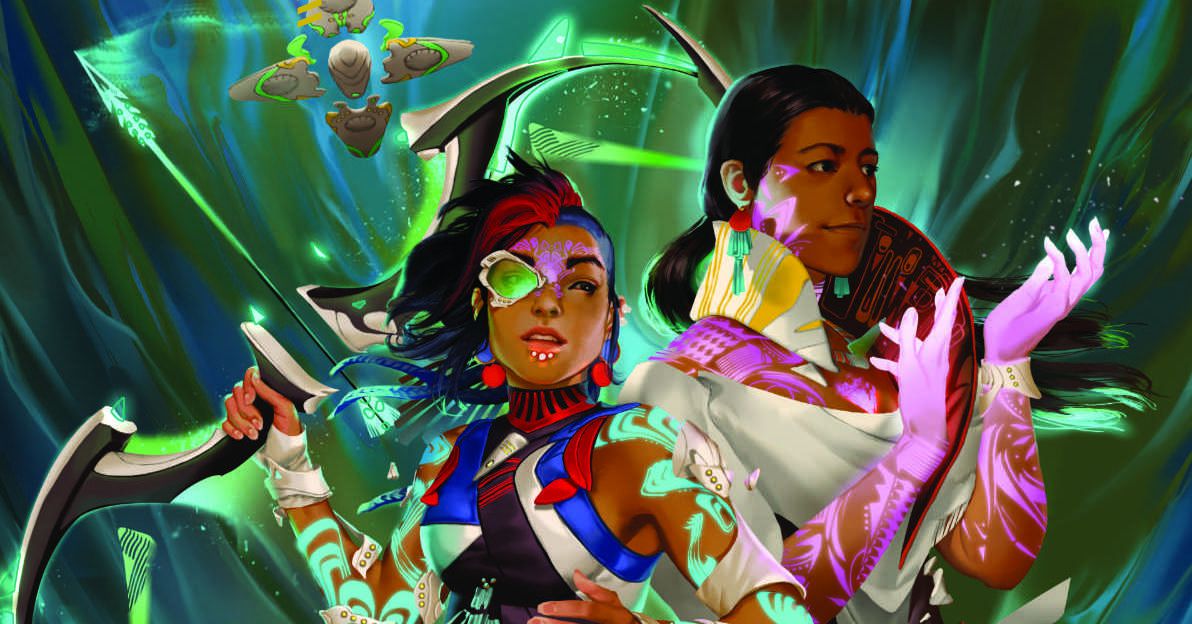 Indigenous RPG Coyote & Crow is a hit, and a new anthology is on the way

In 2021, Connor Alexander set out to publish the world’s first tabletop role-playing game designed and written by Native American and First Nations writers. In 2022, he delivered with coyote and crow, the core rulebook that underpins an entire RPG universe. The reception has been positive beyond his wildest dreams, and he continues that momentum in a new anthology of adventures: Coyote & Crow: Stories from the Free Lands is now live on Backerkit, with delivery scheduled for later in 2023.

coyote and crow postulates an alternate history in which the colonizers never set foot in North America. The Mississippian town of Cahokia has never been abandoned. Instead, southern Illinois became the centerpiece of a thriving civilization of Native peoples who spread across the continent. At their disposal, magical powers brought by a remarkable celestial event. Best of all, the game is open and welcoming to both native and non-native players.

“Things are going better than I could have imagined,” Alexander said in an interview with Polygon. It refers to the fact that coyote and crow was recently nominated for a Nebula Award – but also because of a letter he recently received.

“The answer is what blew my mind,” he continued. “So many people have reached out to me and told me a very personal story about how the game has affected them, or the things they’ve done in the game, and the fun times they’ve had. with. “

Alexander said he was working hard to get coyote and crow in libraries – including Indigenous libraries on reservations in the United States and Canada. Alexander seeks to energize his community (of which a dedicated part are non-indigenous players) with Stories from the Free Landsthe first published set of adventures available since the first publication of the core rulebook.

“This thing is a stack of 10 stories by 10 different Native authors paired with 10 different artists,” Alexander said, “all roughly set around the main town of Cahokia. […] We wanted to give people a kind of flavor of what you could do with the base book and make their stories flow.

The anthology goes beyond the “monster of the week” format the system falls into so easily, Alexander said.

“I asked for a wide range of theme settings,” Alexander said. “Let’s do murder mystery. Let’s spy. Let’s do some political intrigue. Let’s do stuff that’s not just the monster of the week. And the writers really came back with some great stuff. I’m excited.”

One of the stories, written by Riana Elliot, a Cherokee writer, will see players working to protect a wedding party as it heads into celebrating the unification of two troubled families. Another, written by Alexander himself, will shed light on the future site of a geothermal power plant – and the mysterious cult that worships on the land where the power plant is to be built.

“We approach a lot of water protection issues there very lightly, a lot of science versus the spiritual,” Alexander said. “But the question becomes, ‘Does this cult have anything to do with disappearance?’ And sorting out those two things and keeping those two opposing groups from going at each other’s throats, that’s kind of where the tension is for the characters.

Beyond these adventures, Alexander is fairly tight-lipped about what’s included in the anthology. He wants players to be surprised by what they find inside. The campaign now runs until October 12, and the ambitious goals – including extra pay for everyone involved in the project – will be revealed on Backerkit over the coming weeks.