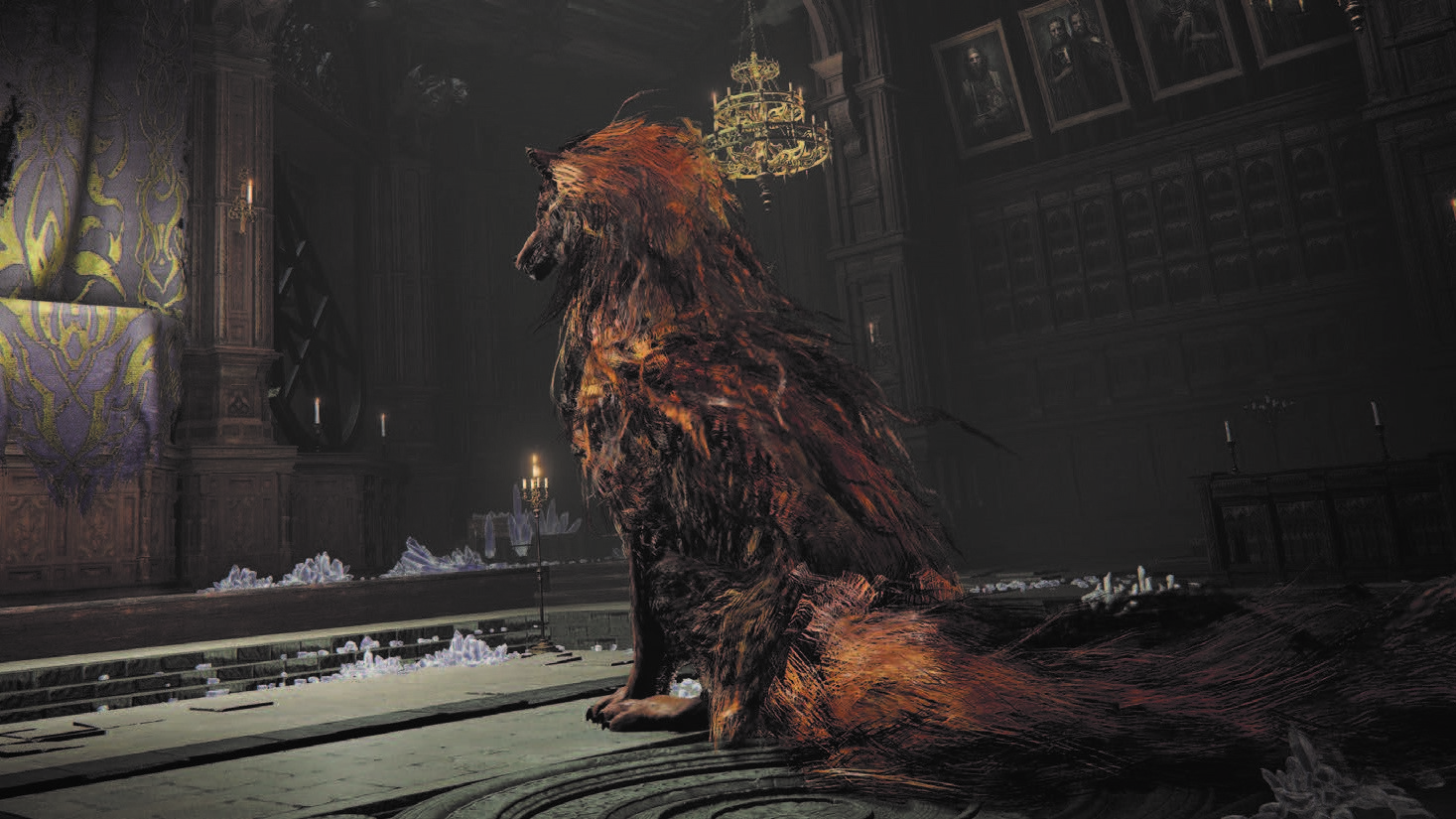 Overcome the nimble beast with our help.

Developped by From software and published by Bandai Namco, you already know that boss battles in Elden Ring are going to be a daunting task for anyone, even if you’re a veteran of those games. After going through the Academy of Raya Lucaria, you will have to defeat some kind of miniboss in the form of Radagon’s red wolf. To give you the best chance of survival, here is our guide to how to beat radagon red wolf in elden ring.

For starters, the recommended build is that you’re around level 35-40, whether it’s a melee-focused or ranged build. As a more gigantic cousin of the various wolves you can find in the game, Radagon’s Red Wolf is a much tougher proposition.

The fight takes place in a confined space, and with the boss retaining much of the control here, all you need to worry about is having enough space to dodge attacks. It is ideal to stay near the middle of the room and avoid corners.

To effectively beat Radagon’s Red Wolf, you’ll need to stay out of range, play defensively, and only strike carefully when a window opens. All of his combos have a three hit max, and you don’t have much time to counterattack with a successful dodge or when his attack misses. The best opportunity to do damage is after his leaping slash, but even then you should only get a swing or two. If you’re able to summon help using Spirit Ashes, they can also be great distractions for the boss. .

When he uses projectiles, you can dodge them all by simply sprinting to the side. When you spot Radagon’s red wolf laying down a single or trio of sword traps, he prepares for a long-range lunge, rolling at the right time just before he strikes, you can help yourself avoid all the damage.

If you’re looking to stun the boss or even flinch it, it’s nearly impossible. However, maintaining pressure with throwables alongside your usual melee or ranged attacks can eventually stagger it, opening it up to a critical hit. Jumping strong attacks can help, but with the small window, it’s not really advisable.

Keep your distance, pepper him with ranged spells/attacks, and take a stab once he misses his attacks. It’s a battle of attrition, but otherwise there are no other nasty surprises in Radagon’s Red Wolf fight in Elden Ring.

Now that you have the necessary knowledge about how to beat radagon red wolf in elden ring at your disposal, please see our helpful wiki guide for more important tips, including top tips for defeating Margit the Fell Omen, where to find the witch Sellen, and how to fast travel.

If there are any unanswered questions you may have, please leave them in the comments below and we’ll get back to you ASAP!