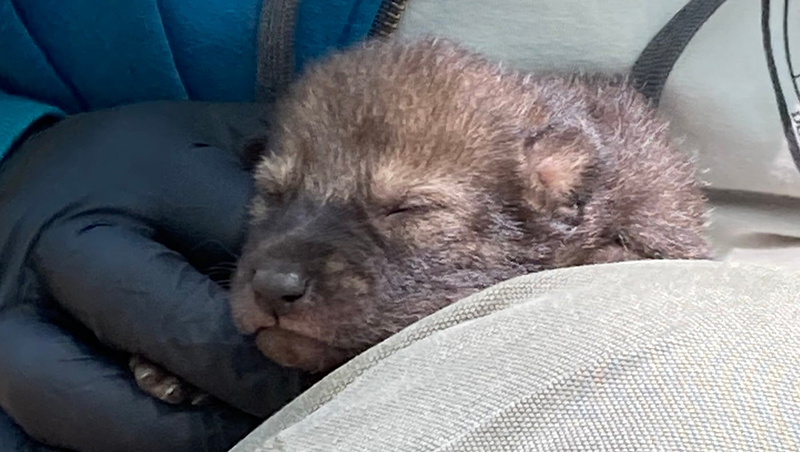 For the first time in four years, a litter of pups has been born to the struggling population of wild red wolves in eastern North Carolina. Staff from the US Fish and Wildlife Service’s Red Wolf Recovery Program confirmed last week that six cubs were born to a pair of wild red wolves in the Alligator River National Wildlife Refuge. The USFWS announced late Thursday evening that the new litter includes four females and two male pups.

“This important news for the near-extinct species comes as part of a new Service recovery effort,” said a press release from the Center for Biological Diversity. “The agency had largely abandoned efforts to recover the world’s rarest canine predator since 2015, but officials announced in February that they were committing significant resources to revitalize the program and ensure the species’ full recovery at the wild state.”

“There is a clear causal relationship between the Service’s recovery efforts and the survival and reproduction of red wolves in the wild,” said Perrin de Jong, North Carolina attorney at the Center for Biological Diversity. “It is extremely encouraging to see the agency try again to protect and recover wild red wolves. My heart is filled with hope at the sight of a new generation of red wolves taking their rightful place in the world. countryside.

Get the latest headlines sent to you

The parents of the newborn litter were reunited following renewed USFWS efforts to encourage the reproductive success of red wolves in the wild. The agency’s pairing efforts were successful when the adult wolves mated, established their territory, and mated.

Since its announcement in February, the USFWS has released a total of seven captive-bred red wolves into the wild population, including a pack of two adults and three pups.

Red wolves were once abundant in the Southeast, but the species is now the most endangered canine in the world. Today, only 20 known red wolves remain in the wild, surviving in five eastern North Carolina counties – Dare, Hyde, Tyrrell, Washington, and Beaufort.

Twenty thousand acres of prime habitat in five southeastern states have been identified as potential sites for the reintroduction of the species.