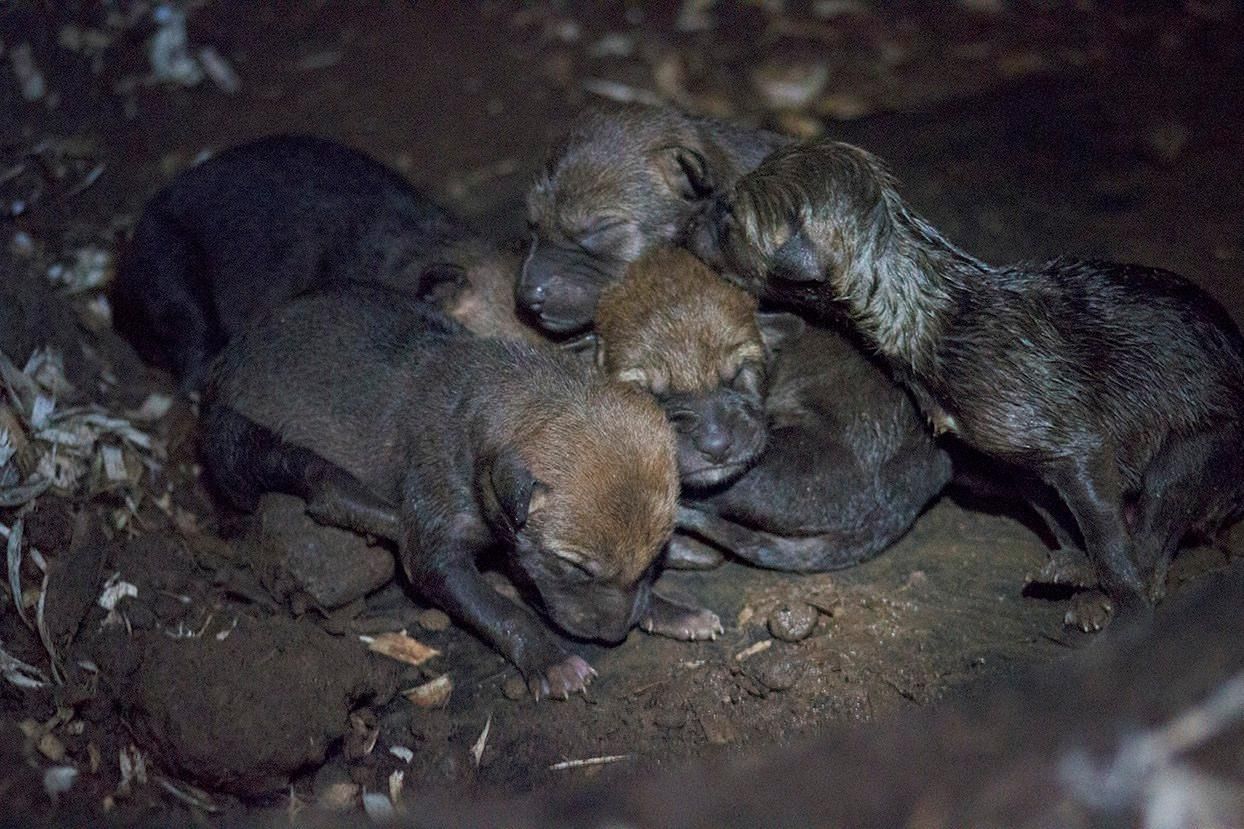 April showers led to more than May Blossoms at the Museum of Life and Science in Durham, NC. Female Red Wolf No.1858 on Friday gave birth to a litter of six puppies, the first critically endangered red wolves born at the facility since 2002, the museum reports in A press release.

Red Wolves, Canis rufus, only number about 300 individuals in the wild and in captivity. The species was present throughout the southeast and central Atlantic, but in 1980 it was declared extinct in the wild. Since then, zoos, museums, and wildlife facilities across the country have collaborated on the US Fish and Wildlife Service’s Red Wolf Recovery Program as well as the Red Wolf Species Survival Plan (SSP) to play. the role of matchmaker with wolves, putting together pairs that they hope will breed and that are genetically compatible. While a small number of wolves were also released in parts of North Carolina, in 2016 the US Fish and Wildlife Service announced plans to capture remaining wild wolves in North Carolina recovery area.

At the Museum of Life and Science, this is only the third time in 24 years that the museum has hosted a litter of Red Cubs. The first took place in 1993 and the second in 2002. According to a blog post, in 2011 a wolf began to dig a den, and the museum thought puppies were on the way. But that turned out to be a false alarm.

Last summer, the SSP decided that female # 1858, born at the Riding Reflection Arboretum and Nature Center in Chattanooga, Tennessee, was a better match to male # 1784 who came to the Miller Park Zoo museum in Bloomington, Illinois in 2014, and transferred her in November. It was a love match from the start and the keepers saw the wolves mate earlier this spring.

The initial examination showed that the six newborn puppies were all healthy, although they will be closely watched for their first 30 days. The new family will remain visible to the public, but the puppies won’t start spending much time outside the den until they are six weeks old.

“This is really exciting news for the species and the museum,” Sherry Samuels, director of the museum’s animal department, said in the press release. “With recent developments surrounding the wild population, the accountability of SSP institutions like the museum is more critical than ever. Each puppy is valuable to the survival of the species and represents hope for the red wolf population as a whole. “

The red wolf faces an existential threat far beyond the fact that its numbers have dropped to around 300 individuals. There has been a long debate as to whether the little canid is its own species or a hybrid between the gray wolf and the coyote. Bob Holmes at New Scientist reports that last summer a detailed genetic analysis confirmed that wolves were indeed a hybrid of the two species. Holmes reports that since the Endangered Species Act does not deal with hybrids, the red wolf may be deprived of its protections. Hang in there puppies.