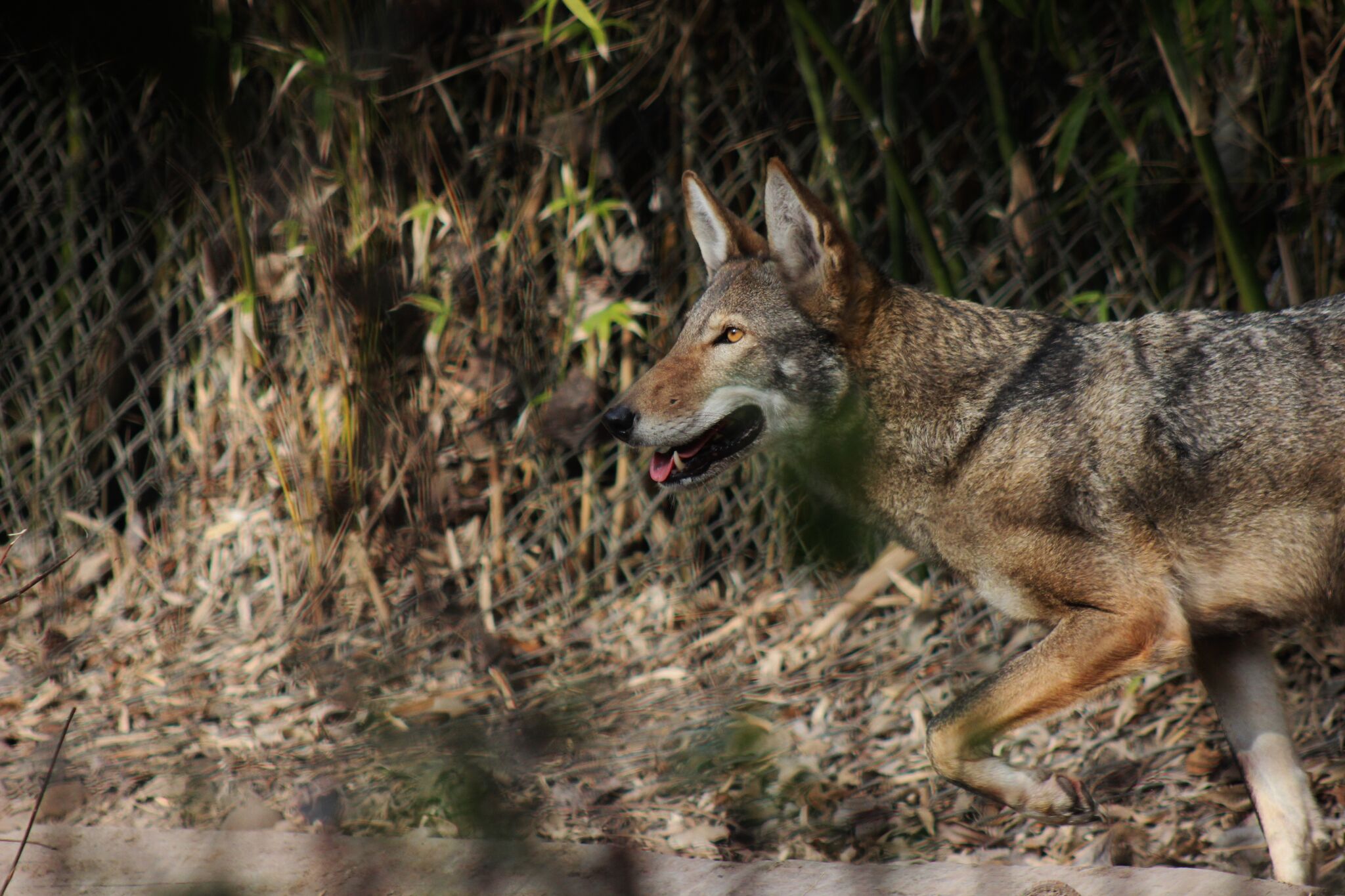 It was a dark, rainy day as I headed into the woods to check my game camera.

After rounding a corner of the trail, I paused for a second to adjust the hood of my jacket when I saw her.

Lying in the open was what appeared to be a wolf.

Its coat was dark red and the head had a prominent sagittal crest, a broad muzzle, emphasized by large ears. Its tail was long but not too bushy and it had a white tip that matched the lining on the front of its legs.

Less than 40 meters separate us yet I wanted to get closer. Walking slowly towards the animal without looking it directly in the eye, I closed the distance to 10 meters before it showed any signs of distress. Then he suddenly jumped to his feet and retreated.

What did I see?

It was certainly not a classic coyote.

Canis rufus, the red wolf, was common in the southeastern United States, from the Carolinas to central Texas. However, popular theory is that predator control programs combined with habitat loss in some areas have reduced the population and in the 1970s officials of the United States Fish and Wildlife Service (Service) stated that the only remaining red wolves were in eastern Texas and southwestern Louisiana.

The common thought was that people were threatening themselves by interbreeding with coyotes and domestic dogs.

In response to this, Service officials made the red wolf the first-ever mammal on the endangered species list and began a capture program beginning in 1973 to find the last remaining “genetically pure” red wolves. and found a captive breeding program.

In 1980, Service officials considered the red wolf extinct in the wild and only labeled 14 of the hundreds of animals they captured as pure red wolves. These 14 specimens are the basis of all red wolves in the federal recovery program.

Undoubtedly, there are animals in Texas that practically resemble red wolves in the federal captive breeding program.

A 2018 study shows that animals on Galveston Island contain red wolf DNA. This was a major find and shows that relatives of red wolves still live in the area.

A landowner called late on a Friday night and said he was feeding coyotes on his property in hopes of killing them before building a facility there. He was worried that the coyotes would cause trouble around the tenant’s dogs and cats, so he planned to eliminate them. The night before he called me, he sat with his gun and watched three wolves approach the dog food he had put out to attract coyotes.

“I looked through my telescope and immediately noticed that they were red wolves because of the articles I had seen in the newspaper and the fact that I had seen a lot of coyotes and I knew it wasn’t a coyote,” he said.

I rushed to the spot, set up my (now primitive) camera and that evening captured almost 30 minutes of video of a beautiful canine with accurate red wolf attributes eating food for dog.

The video is so long because the wolf can hear the camera rolling but can’t quite place the sound, so he takes a bite, runs away, looks around and takes another bite.

After the beautiful animal at the start of this story ran away, I walked over to one of my motion cameras and heard footsteps in the dry leaves behind me.

When I turned around, I noticed that the wolf I had just seen was following me. From a distance of only 10 meters he showed no aggressive posture but general curiosity as to what I was doing in his habitat and perhaps more importantly how long I was going to stay.

As I crossed my eyes, I saw a wild and majestic nature that reminded me why I got into studying wildlife to begin with. Then almost instantly his eyes changed and a look of deep fear washed over him. He stared at me for a second, lowered his ears and ran off into the brush.

I thought several times about what this animal was thinking while we looked at each other.

Ultimately, I’m saying if he looks like a wolf and howls like a wolf, he’s probably at least partly a wolf.

Or maybe a “coywolf” in this case.