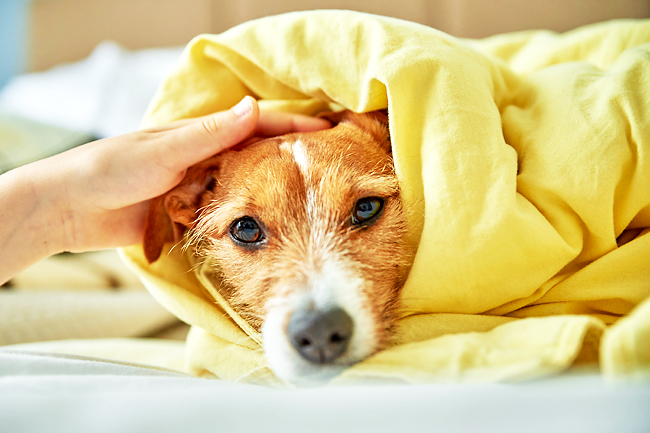 WASHINGTON (AFP) – Dogs are deeply affected by the death of canine companions, eating and playing less and seeking more attention after a loss, a large scientific study recently revealed.

Signs of grief have already been reported in many species, including great apes, whales, dolphins, elephants and birds.

Among the Canidae family, there were a few early indications: some wild wolves were reported burying the carcasses of two-week-old pups, and a mother dingo was observed carrying her deceased pup to different locations within days. following his death.

But the evidence was sparse overall and, when it came to domestic dogs, was limited to anecdotal reports from owners, which risked being anthropomorphic and exaggerated.

The new study, published in the journal Nature, Scientific Reports, involved a survey of 426 Italian adults who owned at least two dogs, one of which had died while the other was alive.

Negative changes were reported by 86% of owners, with a quarter saying they lasted longer than six months.

The researchers found that how long the two dogs had lived together was not a big factor in determining bereavement – ​​rather, it was the quality of the relationship the couple had shared that mattered.

The extent to which the owner felt the loss also played an important role, suggesting that the surviving dog was also responding to the human’s emotional cues.

“This is potentially a major welfare issue that has been overlooked,” with a better understanding of the behavioral patterns essential to meeting the emotional needs of animals, the authors concluded.