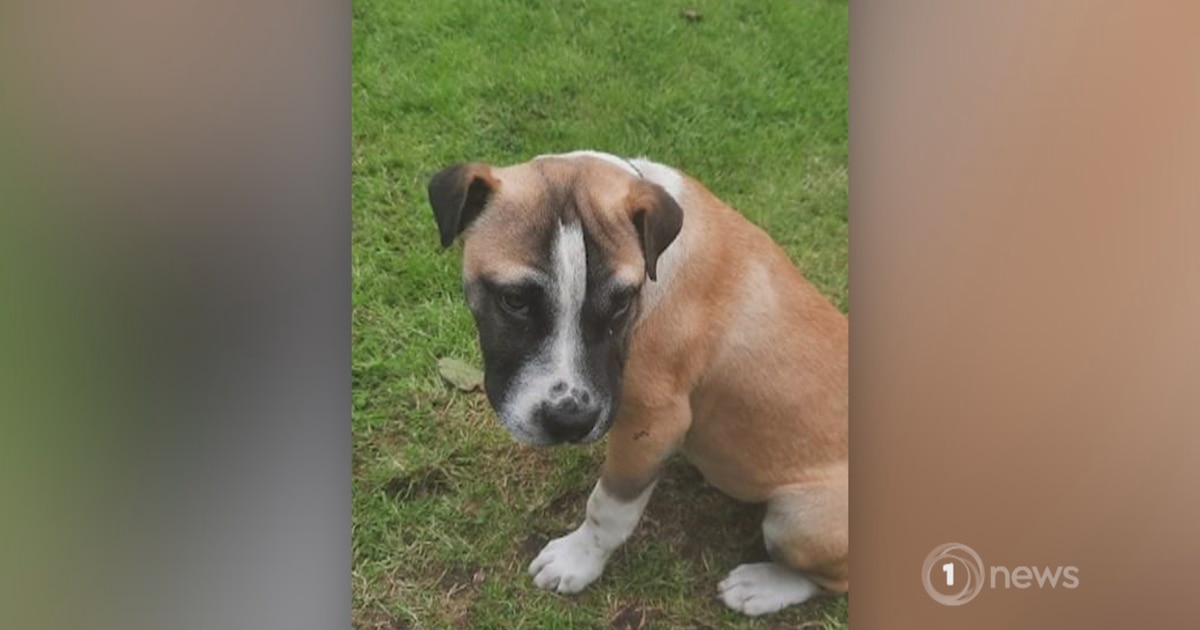 Warning: The content of this story may be distressing to some readers

An animal welfare group is calling on police to expose underground dog fighting rings operating in Northland believed to be behind the disappearance of dozens of pets every month.

It follows the discovery of two bodies of mutilated dogs in a park in Moerewa last week.

Chucky and Bruno, both from the Moerewa families, were covered in bite marks. Chucky, whose body had been there for five days, was found to have been shot multiple times.

Summer Johnson of Bay of Islands Animal Rescue recovered the bodies after hearing about them on a Morewa Facebook page.

“They were in Moerewa in an alley with picnic tables where the kids were crossing this street-to-street cutoff where families were having dinner or lunch, and it was awful, it was really awful. Chucky was there for five days.”

Chucky’s body was taken to a Bay of Islands vet for an autopsy. Veterinarian David Sole said he probably died of a hemorrhage.

“If someone just wanted to put down a dog, they would have used a more powerful object that would have killed a dog right away. I found 13 slugs in it, which meant he wasn’t able to run away , so he might have been chained up.”

Owner Jason Huna says the family was notified that Chucky had been taken for combat training by a local gang.

“He was one of those dogs that was used as bait, like other fighting dogs that had been raised like that as a puppy. He was just put in there to be aggressive for their dog fight before they entered their dog fight. . He was harmless, he was defenseless, he had no chance against the killer dogs.”

The family had had Chucky for a year and he was chipped and about to be registered. He did not wander far and was beloved.

Huna says he knew dogfighting existed, but didn’t realize it was happening in his own community – and now wants them out.

“There’s evil lurking around us in our neighborhood, and that kind of enjoyment they get could go from dogs to our tamariki, our young children – that’s why it needs to be exposed.”

Bay of Islands Animal Rescue believe there are three rings operating in the Far North – Matauri Bay, Kaikohe and Moerewa. Volunteer Ed Lyman says family dogs, big and small, are captured and used as bait for the fighting dogs.

“The people who put on these dog fights will enjoy, you know, seeing someone’s family pet get eaten.”

It is believed that Chucky was shot several times so that he would bleed and excite the dogs that attack him.

Johnson says they’ve noticed an increase in recent months in the number of dogs going missing without a trace.

A dog missing for six months is Skoota. Owner Serge Bonnafoux says the Fox Terrier is a bit shy and never ventures far.

“It’s probably human intervention – he wasn’t far from the property, if not on the property [he may have been] run over by a car, or carried away or simply stolen for other reasons.”

The family was determined to find Skoota, printing thousands of flyers and posters and offering a $5,000 reward. Northland Police said they were not aware of any dogfighting ring, although the Bay of Island Animal Rescue Trust says it has passed on the names and contact details of people they believe to be involved in the networks.

“If anyone has entered your property and taken anything, including a pet, it should be reported to the police,” police said.