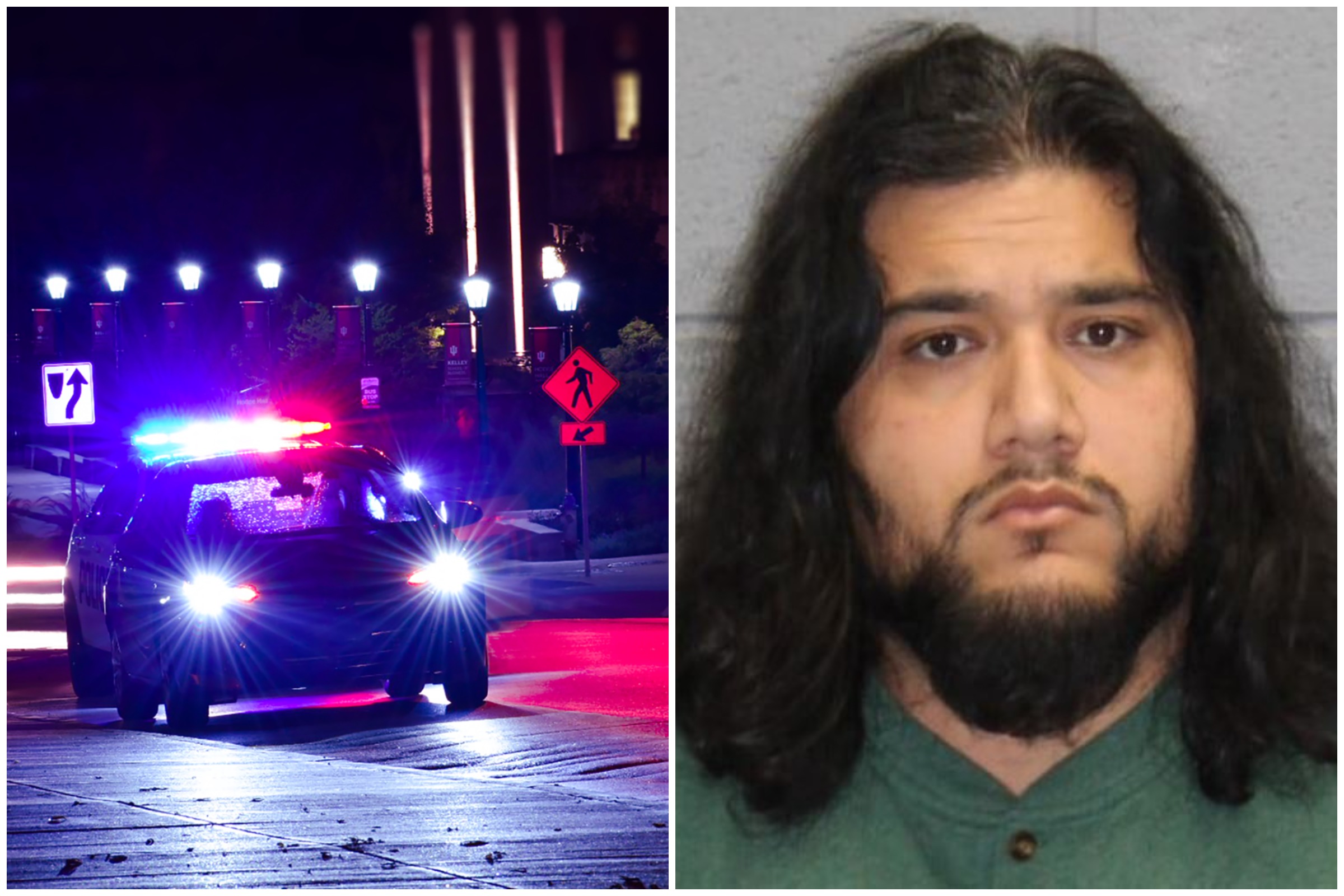 A police officer was among several people arrested after 10 dogs were fatally shot at a Connecticut dog training facility, authorities say.

David Rivera Jr, 34, an on-duty New Canaan police officer, his father David Rivera Sr, 57, and Daniel Luna, 33, were apprehended after at least 10 dogs were killed and buried at the center of Naugatuck training.

According to the Naugatuck Police Department (NPD), an investigation was launched in late April into allegations of illegal explosives storage, firearms and animal cruelty at Black Rock Canine Training, located at 100 Hunters Mountain Road.

In a Tuesday Facebook post, an NPD spokesperson said: “Through interviews with witnesses, it is alleged that many dogs of all ages and breeds, including German Shepherds, Belgian Malinois and Labrador Retrievers, have been abused and injured while at Black Rock Canines.

“Specifically, that at least 10 dogs were killed by employees with a firearm. The dogs that were shot and killed were later buried on the property by the owner/operator of the business.”

Naugatuck Police worked alongside State, Federal and Stratford Police to execute a search and seizure warrant at the facility on April 26, 2022.

As a result of their investigation, CEO Luna was accused of abusing numerous puppies and dogs as well as putting them to death when they were no longer deemed “viable for the company”.

The statement added: “Witnesses also testified that Daniel Luna’s lack of proper care resulted in the deaths of puppies that were exposed to inclement weather.”

During their investigation, police said they also discovered weapons-grade explosives were stored in Tupperware containers on the property.

On April 29, Naugatuck police arrived at the dog training center after being alerted to allegations that Rivera Sr. had threatened a current and former employee with a knife.

He was later arrested and charged with second degree threats, two counts of breach of peace. He was released after posting $25,000 bail and is due to appear in Waterbury Court on May 11.

Rivera Jr. surrendered to police and was charged with conspiracy to commit acts of animal cruelty, first-degree reckless endangerment, and conspiracy to commit euthanasia of a dog . The officer was released after posting $150,000 bond and will appear in court on May 18.

He was placed on leave from his duties as a police officer, according to the report.

Police removed the remaining 31 dogs and placed them in a shelter where they will receive proper care.

An NDP spokesperson added in the Facebook post: “The allegations outlined in these affidavits are not only unlawful but also discouraging. dogs of the same caliber have been entrusted to the care of Black Rock Canines.

“Furthermore, the fact that Rivera Jr. is a police officer and used that authority to commit these crimes undermines the trust that all Connecticut law enforcement officers seek to establish with their community.”

Newsweek has reported numerous cases where people have been accused of abusing animals.

Dr Javier Diaz, 46, was charged with allegedly abusing a litany of animals and falsifying vaccination records between April 9 and April 27.

He is accused of physically assaulting pets left in his care on six occasions, including once hitting a kitten with canine nail clippers before ramming them into the animal’s mouth, causing lacerations to the gums .