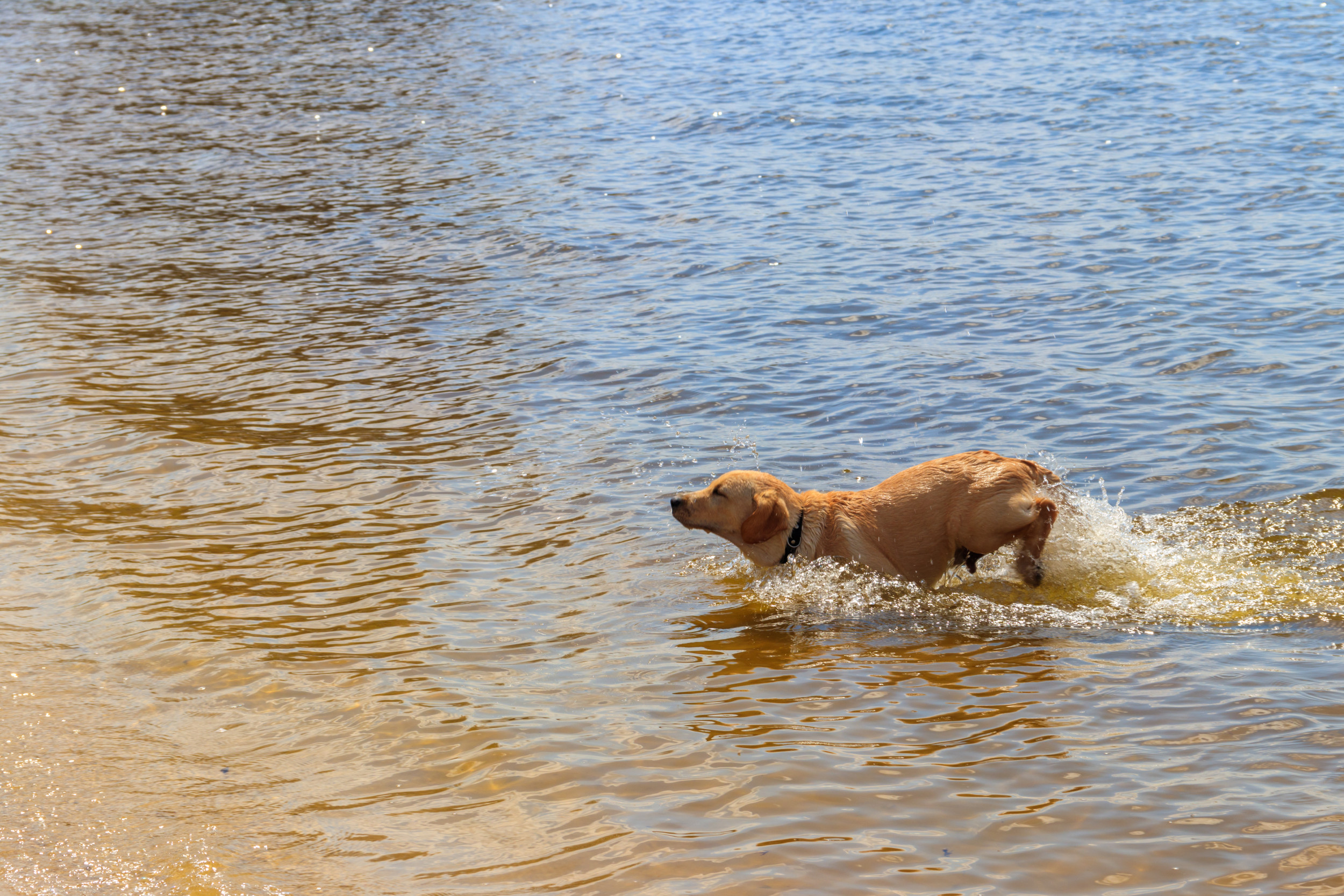 Adorable footage of the moment a dog saved his canine companion from being swept away by river rapids has gone viral.

The video, originally filmed in 2017, was shared Friday on Reddit’s “Next F**king Level” forum by an anonymous poster under the username u/EzioKenway97. It has since garnered over 38,000 upvotes and thousands of comments from Redditors who couldn’t decide if the video was funny or disturbing.

The video opens with a black lab being dragged down the rapids of the river after catching a stick in the air. He desperately tries to swim to safety, but the rapids are too strong and the lab is sucked in. Luckily, the lab’s four-legged friend – another lab standing on top of a rock nearby – leans down and grabs the stick the black lab is still holding. in his mouth.

Once both dogs have a firm grip on the branch, the “hero” dog pulls the black lab out of the water and onto the rock and steals the stick for himself.

“Let’s be honest, it was all about the stick,” u/Wudrow joked.

“He just wanted his stick lol, saving him [the black lab] was just a guarantee,” u/busy-idiot added.

While many viewers thought the video was cute, some concerned commenters criticized the dogs’ owner for not stepping in to help the Black Lab.

“Let’s just sit there and film the dog being carried off. F**king trash,” u/Any_Caramel_825 wrote.

According TODAY, however, the rapids opened into a “wide pool of calm water”, meaning the Black Lab was never in any real danger. Still, many commenters loved the video and praised the “hero” dog for helping out his canine friend.

“It was amazing!” exclaimed u/Accomplished-Item849.

“This is the cutest thing I’ve seen today,” u/SardaarJi_OG said.

Turns out, Labrador Retrievers are pretty much built for water, according to the American Society for the Prevention of the Cruelty of Animals (ASPCA).

“Labs have thick, sturdy bodies, broad heads, and long, otter-like tails that help them navigate through the water. Their webbed toes allow for better paddling and prevent snow from clumping between them” , explained the ASPCA.

“The outer layer of the Labrador’s coat is straight, short, dense and slightly greasy. It is meant to shed water,” the ASPCA continued. “Labs have a thick, soft inner layer to protect their skin from humidity and cold temperatures. Their special double layer makes them waterproof!”

Other adorable animal videos that have gone viral in recent weeks include a nine-second clip of a cat using a dog’s ear as a blanket, a 30-second clip showing the moment a husky discovered activated lights by voice and a brief clip of a cat being used as a mouse pad.

The Ford Coyote 5.0 V8 does not sound good, sorry