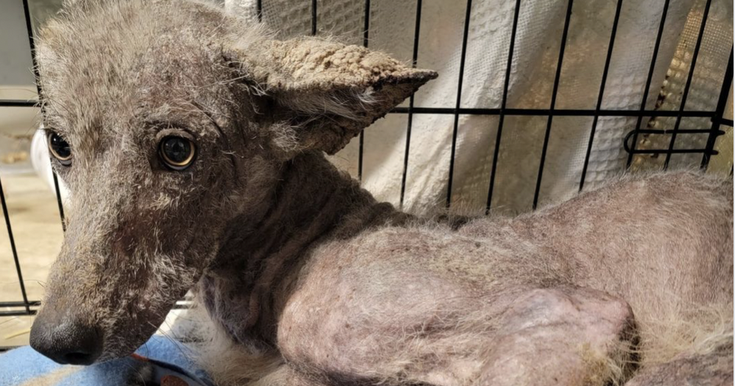 Nearly a month after an unidentified dog was cared for at a western Pennsylvania animal shelter, only to run away from the facility in an unlikely way, the results of a genetic test aimed at to determine his identity have been revealed.

Wildlife Works Inc. announced this week on Facebook that the canine is…drumroll…100% coyote!

The odds tipped heavily in favor that the animal was a coyote after escaping from the Westmoreland County shelter days after arriving there.

Wildlife experts were initially baffled by the male dog, whose fur showed visible signs of mange. It was not immediately clear if it was a species of dog or a wild animal that could have been a genetic combination of coyote and dog. Wildlife Works sent DNA tests to get a definitive answer, and in the meantime the animal ran away in the middle of the night.

NO MORE NEWS: A Russian mug, given to a Philadelphia philanthropist almost 130 years ago, goes up for auction

A Wildlife Works staff member showed up at the shelter and found that the area of ​​the hospital where the animal had been kept had been ransacked. Garbage was strewn everywhere. There were scratches along the walls. The dog’s cage was open and empty, and a window had its seal and screen torn.

“The crate has just been demolished. The hospital room has been demolished. He had climbed over a set of shelves and then bent down – it was no small feat, let me tell you – he managed to stretch to a window,” Beth Shoaf said. , executive director of Wildlife Works, told PhillyVoice after the escape. “These windows are high up on the walls. They’re not windows you look out of, you know? And he chewed on the window seals to force the window open – and he got out!”

In the end, the animal was 100% a coyote that happened to tolerate people, but not captivity.

It is unfortunate that the coyote was not fully treated for his mange before escaping from the shelter. Sometimes nature has to take its course. May the rest of his days bring joy and peace.