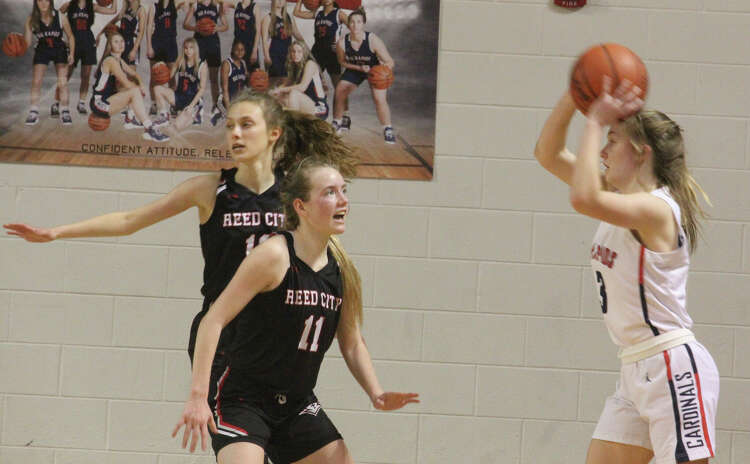 During their time on the field in the colors of Reed City, Paige Lofquist, Racquel Dubreuil, Rylie Schafer and Keyaira Jewett have been key figures in the program.

Through their leadership and tenacity, the Reed City girls have risen through the ranks of the Central State Activities Association’s Gold Conference and are in possession of an 8-5 league record as they head to their last regular season game.

Coyote coach Tim Beilfuss said the final home game of the season is usually an emotional night for a number of reasons.

“Friday night will be very difficult,” Beilfuss said. “You say ‘goodbye’ to them, even if you have matches the following week. I think it will be a special moment.

Beilfuss shared his thoughts on this year’s senior squad ahead of Friday night’s senior game against the Fremont Packers.

“Great kid; she comes to practice every day with a smile,” Beilfuss said. “She’s one of the best teammates a coach could ask for.”

“She’s a very positive kid – a positive team-mate. She knows how to lead and the kids listen to her, because we have a lot of young players in the squad,” Beilfuss said.

“She played her best basketball here at the end (of the season), that’s when you have to play it,” Beilfuss said. “Four-year-old player, two years in college, and she brings us a lot of toughness. Somehow she throws her body into anything.

“Three years started on the varsity team,” Beilfuss said. “He’s been asked to do a lot (and) take more of a leadership role this year. She accepted this role and the children followed her. She has improved this year over the season and she has become a very good teammate.

The tip between the Coyote and Packer girls will be at 6 p.m.

Dogs genuinely seem to be crying for their lost canine pals, survey reveals