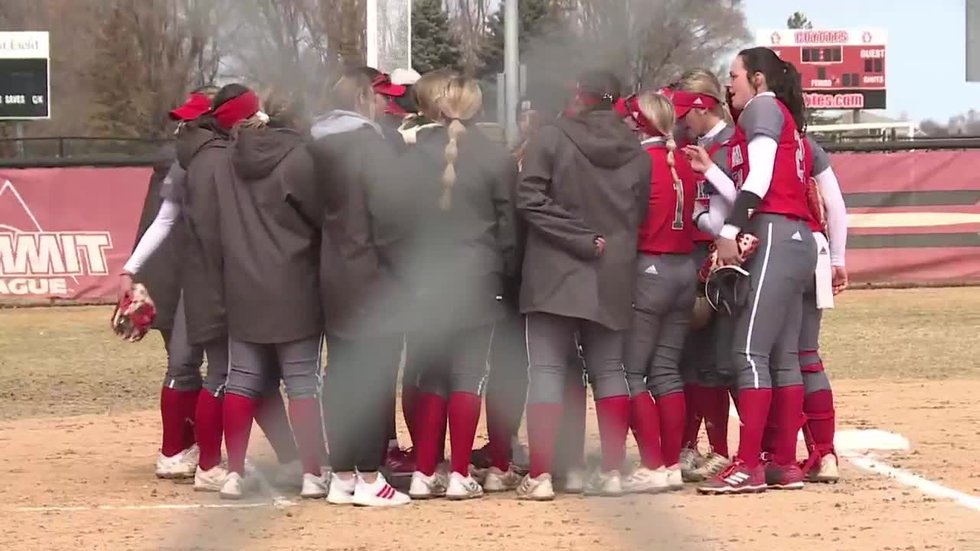 Coyote softball rolls in a rubber match with the bison

Edwards limited the Bison to six hits, allowing no earned runs, while the Coyotes won the series with an 8-1 victory.

The two wins were the first for South Dakota at home against North Dakota State in the Summit League era and Sunday’s triumph was punctuated by a pair of four-run innings.

The Bison (19-15, 1-2 at Summit) avoided the shutout with a run in the top of the sixth as Cameryn Maykut, who was 6 for 7 in Saturday’s double bill, delivered an RBI brace. It was the only extra hit allowed by Edwards, who left runners on second and third to end the inning when she called on Carley Goetschius to line up for the third out.

Edwards won both games in the series to improve to 9-7 this season. She allowed three earned runs on 12 hits — six in each start — in 14 innings of work.

South Dakota travels to Des Moines on Tuesday for a midweek non-conference double-header against Drake. The first pitch of the first game is set for 4 p.m.

The Coyote 4×100 breaks the school record in Texas