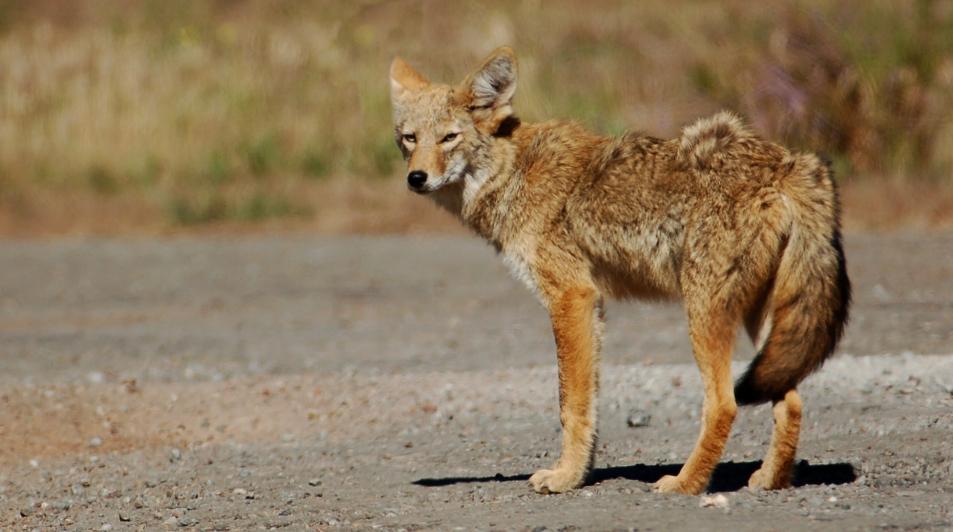 Coyote sightings are on the rise. Here are some tips from ‘Coyote Bill’ to keep you safe

CHARLOTTE, North Carolina — It’s coyote migration season, which means sightings are on the rise, according to wildlife expert and coyote consultant Bill Crowder.

“They are looking for a territory, and as soon as they find these territories, they [will] focus on those territories and stay there during mating season,” he said.

Crowder said calls to his services had quadrupled.

Yorkshire resident Jon Lovelace said he saw a coyote passing through his yard. Linda Allen, who also lives in Yorkshire, said she was worried about her little dog.

That’s why she called Crowder for advice.

“I have my horn, a whistle around my neck and I have the baton. We don’t go out at night unless we have to,” Allen said.

The reason residents should wear a horn in an area where coyotes live is that it will keep them away, Crowder said.

“You don’t want a coyote coming near you,” he said.

The stick, Crowder said, is to make you look taller. He said people close to coyotes should wave it around to look more threatening.

Crowder notes that it’s important to determine the coyotes’ motivation to be in your yard. Once you know why they roam around, it’s easier to get rid of them.

“We are looking for tracks, trails, droppings and carcasses to establish feeding patterns,” he said.

Removing food sources is key, he said. He encourages residents during this season to make sure their trash cans are secure and to bring their pets inside.

Attacks on humans are rare, he says, but Crowder has some advice in case you encounter a coyote.

“Turn around, look straight at the coyote, do your deterrent efforts, and they will back off,” he said.

What if they don’t? Crowder’s advice: “You back off, but slowly. Don’t run. They’ll see this as a fleeing prey response.”

He says education is key to protecting your loved ones.

“We really have to learn to coexist,” he said.