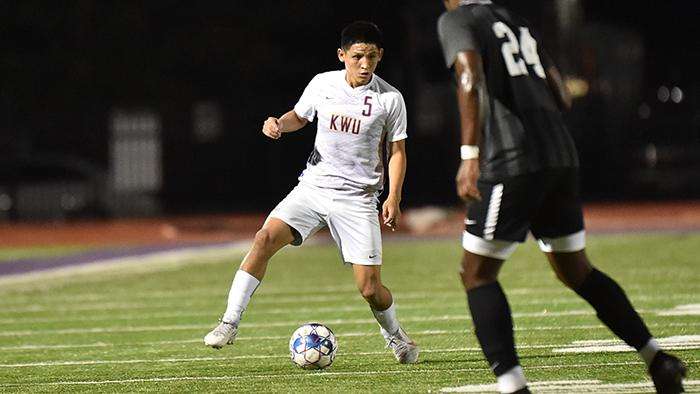 KWU had recovered from a 2-0 deficit after Saint Mary scored in the 51st minute to make it 2-0.

Christian Lima (SR / Sao Paulo, Brazil) put the Coyotes on the board in the 56th minute thanks to a goal on an assist from Luis Simbron (SR / Miami, Florida).

Simbron then scored for the Coyotes in the 77th minute for the equalizer and a minute later Adonis Arevalo (SR / Sylmar, Calif.) Put Wesleyan ahead with a goal.

Saint Mary immediately responded seconds later with an equalizer that took the score to 3-3.

Wesleyan regained the advantage in the 83rd with a goal from David Bellin (SR / Berlin, Germany) assisted by Simbron. Again, although Saint Mary responded a little over a minute later with the equalizer.

In the dying seconds of regulation time, the ball was loose in Saint Mary’s offensive third, and the Spiers managed to score a header just inside the near post for the game winner.

Wesleyan is back on the road Wednesday, heading to Kansas City to face Avila at 1 p.m. at the Zarda multiport complex in Avila.