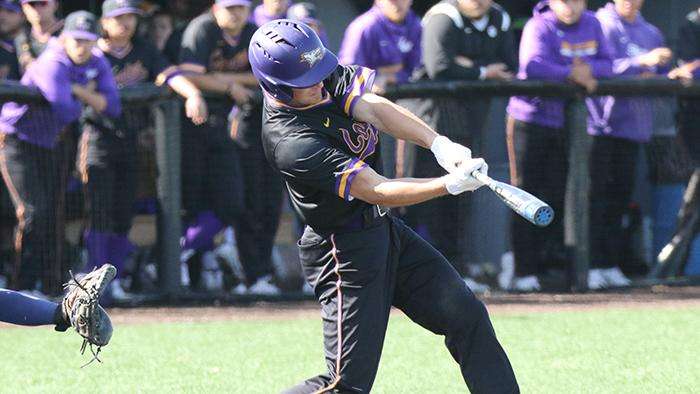 Game 1 of the Kansas Wesleyan’s final home series of the season got off to a frustrating start with the Kansas Conference’s 5-2 loss to Saint Mary on Friday at Dean Evans Stadium.

The Coyotes beat the Spiers 9-3 and grounded nine base runners — six in the first three innings. KWU left two runners in the first, second and third heats each.

Saint Mary did the most damage in the third inning against Coyote starter Trent Dewyer (JR/Albuquerque, NM) scoring four runs on two hits, two walks one batter and one error.

The Spiers scored their fifth run in the fourth inning on a hit, a walk and an error, but were untouched and had only one base runner starting in the fifth inning.

Saint Mary starter Drake Pingel (5-4) went the distance, throwing 140 pitches in the process. He struck out nine, walked three and hit a batter.

The Coyotes (24-22 overall, 12-12 KCAC) scored their two runs in the eighth inning. Jalen Jones (SO/Katy, TX) started with a single and two batters later Zach Olson (SO/Red, AB) hit a two-run homer over the right field fence – his fourth homer of the season .

The three-game series ends Saturday with a doubleheader starting at 1 p.m. at Evans Stadium.