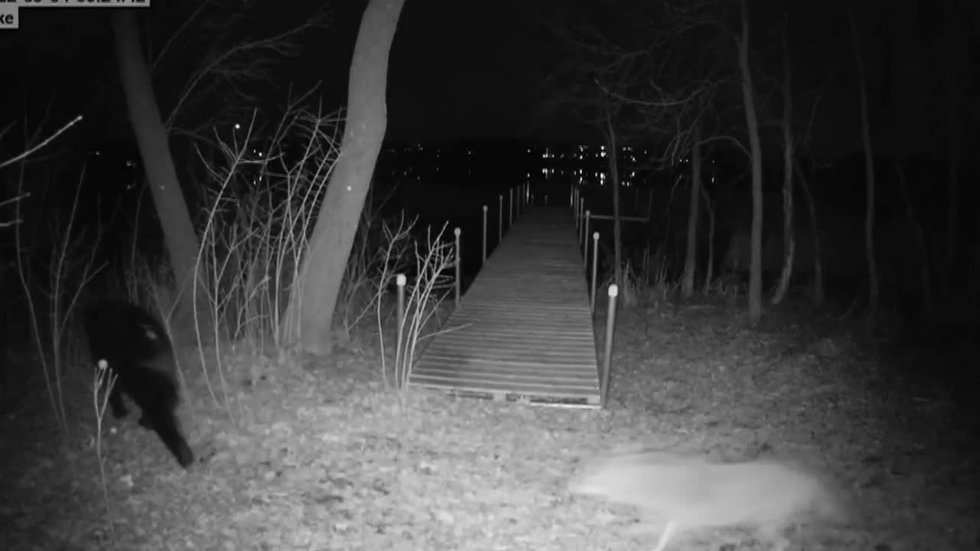 MINNETONKA, Minn. (WCCO) – Like a bedtime nursery rhyme set in real life, a bear waddles through a lakeside garden, followed closely by a prancing coyote.

It looked like a storybook moment straight out of a picture book, and the scene filmed had many people asking if the two creatures were friends.

But is it a heart-melting friendship, a utopia or something else?

If anyone knew, it would be Jason Abraham of the Minnesota Fish and Wildlife Department.

“You know, it’s hard to say for sure,” he said. “Friends? Maybe not exactly friends, but they would definitely tolerate each other…it’s entirely possible these two guys were just hanging out looking for food, maybe they found a little something to eat.

Bear biologist Andrew Tri said the coyote was likely with the bear’s remains.

“The more you learn about wildlife, the more surprised you are over time,” he said. “Yeah, I’ve never seen anything like it in the wild.”

But for some believers, it’s more than an opportunistic couple for a meal.

“Maybe in a nursery rhyme or a children’s story or something,” said one viewer. “I doubt that’s the kind of friendship as we know it.”