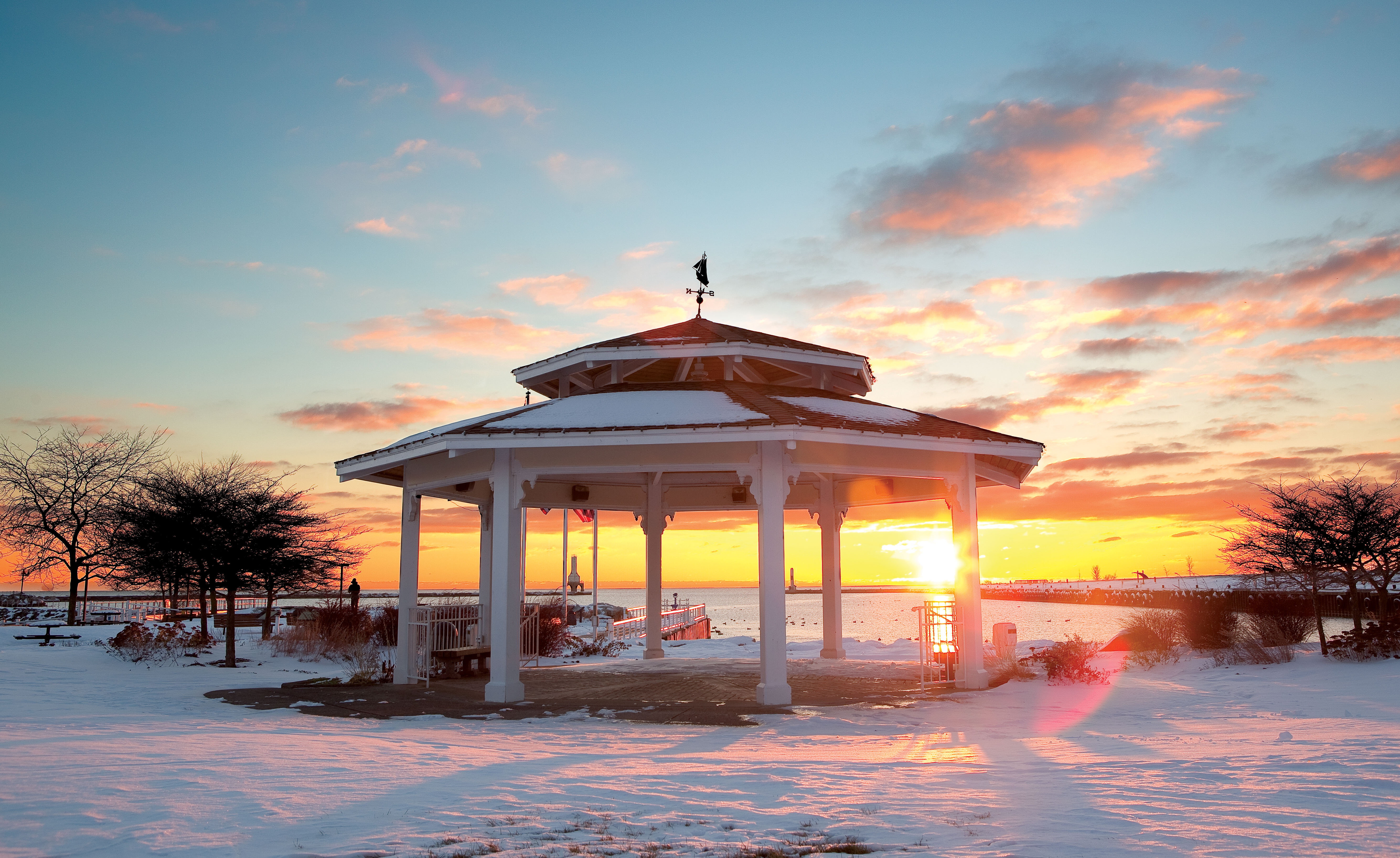 Liz Fischer and Kathy Will were strolling through Rotary Park in downtown Port Washington around 6 a.m. Tuesday when they got the shock of their lives.

A coyote crossed their path, then began to follow them. The women decided to walk faster, and the coyote kept pace, Fischer said. They started running and the animal ran too.

They jumped on a picnic table and the coyote started circling it.

Then the coyote tried to climb on the table. When he didn’t get it, he started to eat away at the bench, Fischer said.

“We were really scared,” she said. “He kept trying to jump.

“He looked really skinny, emaciated. He had those crazy eyes. He looked awful.

Fortunately, the women had a phone with them and called 911. The dispatcher stayed on the line with them, and within minutes three port officers arrived, Fischer said.

The coyote, she said, headed towards the officers.

Davel said the animal was obviously sick, possibly distemper or rabies, as evidenced by its behavior.

“They’re much more afraid of us than we are of them (normally),” he said.

Although townspeople hear coyotes frequently, they’re generally not a problem in the town, Davel said, noting that this was the first time in 27 years with the department that a coyote had been shot in the town. .

Shawn Rossler, a furbearer biologist with the Wisconsin Department of Natural Resources, said coyotes are secretive animals that typically travel in the evening or at night.

“The fact that this animal is a bit bolder is not typical,” he said. “If an animal is sick, it may act strangely.”

It’s also coyote breeding season, he said, when the animals are generally more active and defending their territory.

Coyotes can also become emboldened if fed and acclimated to humans, Rossler said.

While coyotes started out as plains animals, they are now common in urban areas such as Milwaukee, Madison and Chicago, he said, noting that those areas have green space and food — small mammals – which coyotes need to survive.

In Wisconsin, he said, they were first seen in rural areas, but beginning in the 1970s they began to spread into more urban areas.

“Over the last 15 or 20 years we have seen an increase in urban areas,” he said.

Although there is no estimate of the number of coyotes in Wisconsin, Rossler said they are found in every county in the state “and doing well.”

Port Washington Mayor Ted Neitzke on Tuesday called on the city to create a wildlife management policy, citing both Tuesday’s incident with the coyote and the growing number of deer-related accidents in the community.

“Our deer herd is getting bigger and more humane,” he said. “When there are so many deer, they will attract predators.”

And, he said, with miles of bike paths and woods in the city, it’s only a matter of time before there’s an incident.

The city doesn’t have a management plan in place, but as the herd grows, the need to have one increases, Neitzke said.

Many communities have wildlife management plans that set out the preferred number of animals and how to manage them, he said, acknowledging that might mean the city has to harvest certain animals.