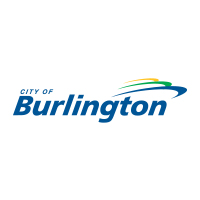 Burlington, Ont.—Sept. 10, 2022— The City of Burlington activated its crisis management team due to six unprovoked coyote attacks on residents. The latest was reported to the City by an employee of a retirement home concerning one of its residents.

Today Burlington Mayor Marianne Meed Ward spoke with Minister of Natural Resources and Forestry (MNRF) Graydon Smith who expressed sincere concern for the health and safety of our residents and who is working with us to help address this grave risk to our community from these unprecedented and unprovoked attacks. One of the victims was a two and a half year old boy who was on his back patio. The coyote grabbed him by the neck in an attempt to drag him away. City staff are in active discussions with coyote wildlife management experts at the Ministry of Natural Resources and Forestry (MNRF) to collaborate on solutions for the Burlington community.

The most recent unprovoked coyote attack occurred this morning at 8.20am at a New Street nursing home in the Roseland area. The victim was sitting on their front patio in a chair. She was relaxing and woke up with the pain of the coyote biting her in the hip area. The coyote was startled when she woke up but tried to approach her again. She knew how to scare him away. The nursing home employee saw what happened and ran out to check on the resident. The coyote crossed New Street in a neighborhood. An ambulance was called for the victim and she was taken to hospital.

The coyote is described as a small sand colored coyote. The City asks residents to continue to be vigilant in these areas and to report coyote sightings using the form at burlington.ca/coyotes.

Anyone attacked by a coyote is urged to seek medical attention immediately and report the attack to Halton Region Health Department and City of Burlington Animal Services at animalservices@burlington.ca or 905-335-3030 .

These attacks are not characteristic of coyotes and this group of attacks on humans is the first reported in Burlington.

City of Burlington Animal Services personnel are patrolling the area to locate this coyote and its den. They also work with a certified wildlife control professional to eliminate the coyote.

As staff have been monitoring the area since the last attack on Aug. 24, they have found several neglected properties in the area that may provide ideal denning areas for this pack of aggressive coyotes. Bylaws are dispatched and prioritized in getting these properties to meet bylaw requirements and remove the opportunity for coyotes to hide on these sites.

Burlington is a city where people, nature and businesses thrive. Sign up to learn more about Burlington at burlington.ca/subscribe and follow @CityBurlington on social media.

“I join all of my council colleagues in expressing our deep distress at the resident who was attacked this morning. We want to assure residents that we are taking immediate action to protect our community, including convening a crisis team and a special council meeting this week to implement our action plan. I want to thank Minister Graydon Smith and his team for stepping in as soon as I contacted him, connecting our staff with their wildlife and coyote expertise so we could protect our residents. We will continue to provide regular updates to the community as we deal with this urgent situation. »

“The City continues to deal with an unprecedented and extremely serious public safety matter with the sixth coyote attack which occurred this morning on an elderly resident. As City Manager, I can assure all residents that protecting the community from these attacks is our top priority. We will direct all available City resources, including by-law enforcement, animal services and external wildlife professionals, to respond to this crisis, including investigating and correcting coyote feeding requests and dealing with overgrown abandoned sites that contribute to this situation.

I am also very grateful for the immediate response and expertise we received from provincial officials in dealing with this unprecedented challenge facing our city.

coyote attacks in the city of Burlington “/>