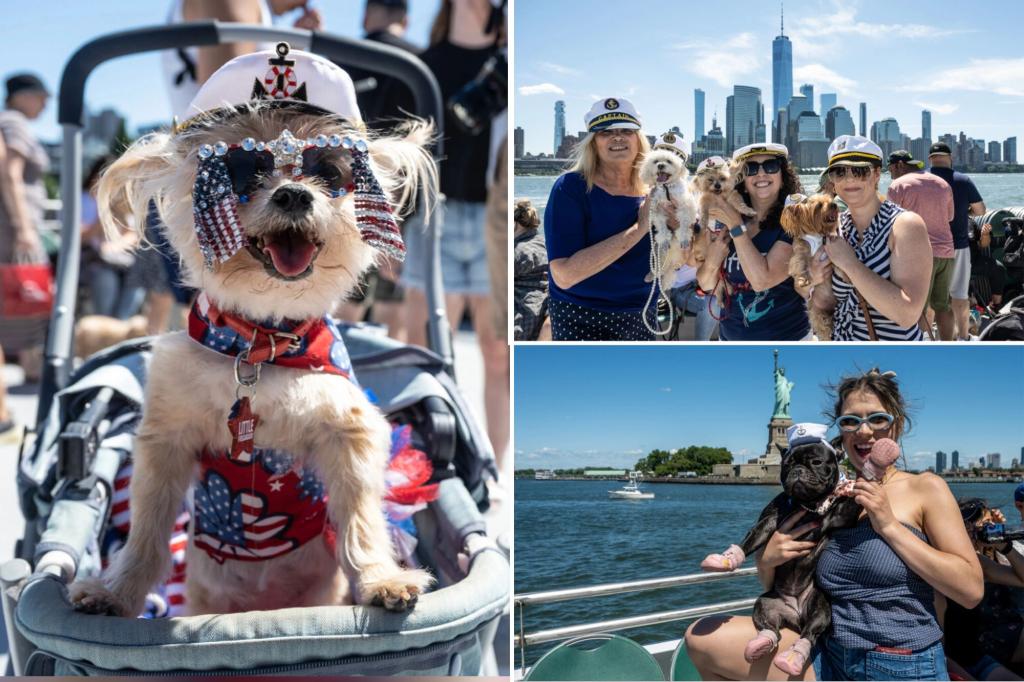 It was all paws on deck on the Circle Line on Saturday, which hosted its first cruise for dogs – along with their human counterparts.

The Pawsitively Perfect Pup cruise departed from Pier 83 with 245 people and 141 dogs on board, visiting landmarks including the Statue of Liberty, High Line Park, Hudson Yards and One World Trade.

Chelsea resident Laura Kaplan and Ozzy, her two-year-old dachshund, made the trip.

Ozzy even brought a date: his “girlfriend” Scout, a 3-year-old dachshund.

“It’s their first cruise together. They’re neighbors. He’s madly in love with her,” Kaplan said.

Pat and Nelson Bohorquez from Flushing brought their one-year-old golden doodle Max, who donned an American flag bandana for the occasion.

“He’s an extremely nervous dog and we can’t take him anywhere, so we’re so surprised he loves him,” Pat said of Max’s pawsitive experience.

The dogs were pampered with treats, bandanas and dollops of whipped cream served in mugs. There was even a “poo deck” and fire hydrant area with astroturf for them to do their business.

“Demand has been off the charts; I think we’ll definitely do it again,” said Phil Whitney, Circle Line’s senior vice president of sales and marketing.