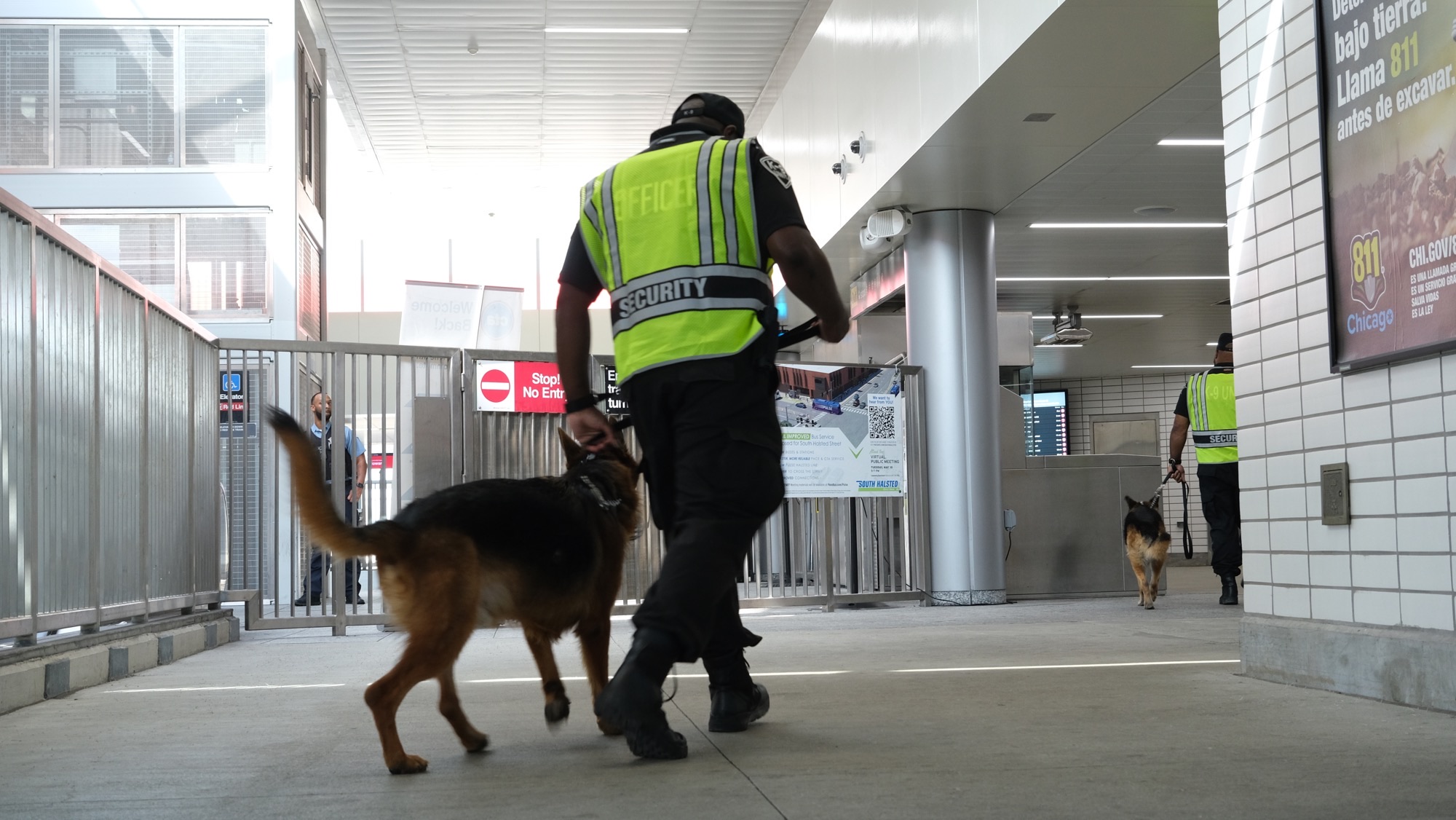 As part of its ongoing efforts to improve passenger and employee safety, the Chicago Transit Authority (CTA) yesterday announced the deployment of its newly contracted K-9 crews.

The deployment of K-9 teams is the latest initiative announced in support of “Meeting the Moment: Transforming CTA’s Post-Pandemic Future” – a multi-pronged action plan to improve the user experience to ensure that public transport is the first choice for traveling throughout the region.

The first dozen K-9 teams will be deployed to the CTA rail system beginning September 2 and over the weekend. Additional K-9 teams will be added to the deployment schedule through October after training is complete. These are the first of 50 canine teams the agency has requested as part of its contract with Action K-9. Each team will consist of two unarmed guards with valid handler licenses, plus one dog.

As part of the “Meeting the Moment” action plan, CTA has developed new ways to target ticket theft and prevent fare evasion before it leads to other illicit activities. In addition to investing in high ADA fare barriers, K-9 teams will help deter fare evasion, as well as conduct routine station patrols and report suspicious or criminal activity. These new K-9 teams will add to the approximately 300 unarmed guards who patrol the rail system daily and are responsible for educating and reminding customers of the rules of conduct for traveling on CTA.

The use of unarmed guards is not a replacement, but a complement to CTA law enforcement, which is provided by the Chicago Police Department.

Unarmed guards and K-9 teams will be strategically deployed across the CTA rail system, including performing station assignments along the busy Red and Blue Lines, which operate 24/7 and have seen a recent increase in crime and unruly behavior. . K-9 guards are used in a wide variety of public and private sector settings. K-9 crews are also common in transportation environments, including commercial aviation, passenger rail, and mass transit

CTA awarded Action K-9 an 18-month contract in August, worth $30.9 million, and will provide up to 100 unarmed guards and 50 dogs per day, as well as supervision equipment and support. This contract is paid for with funds from the annual operating budget.

Read the announcement at CTA